The basics of snow camouflage


When writing this article, we have the ideal winter season here in Finland and many other countries in the northern hemisphere, and luckily climate change hasn’t yet killed the chances of having snow. We wanted to give you a compact guide on what to take into account in your camouflage when snow covers the landscape and how to get everything out of the top Finnish design, M05 Snow camo.

This article is about personal camouflage, and you can apply these guidelines to military operations and hunting. Of course, taking into consideration possible local regulations regarding signal colors in various hunting formats.

Early winter/spring: Some snow on the ground but trees are bare When there is some snow on the ground but the trees, bushes, and other scenery are bare, a good combination is the M05 snow camo pants and the M05 winter camo or M05 woodland camo jacket. This will camouflage you quite well against the horizon, for example in the forest or at the edge of a clearing. The pants blend in the snowy ground and the upper body in the dark forest background. When using this kind of mixed outfit, the presumption is that the forest/other background is darker than the snowy ground. In such a case, the upper body gear (vest, PC, helmet, backpack, etc.), gun, and face camouflage should blend in with the dark background. Green or M05 woodland camo combat gear is a good start. If necessary, you can also further camouflage your gear with e.g. spruce twigs. It is also good to mask your face with either a black or green balaclava or camo face paints. 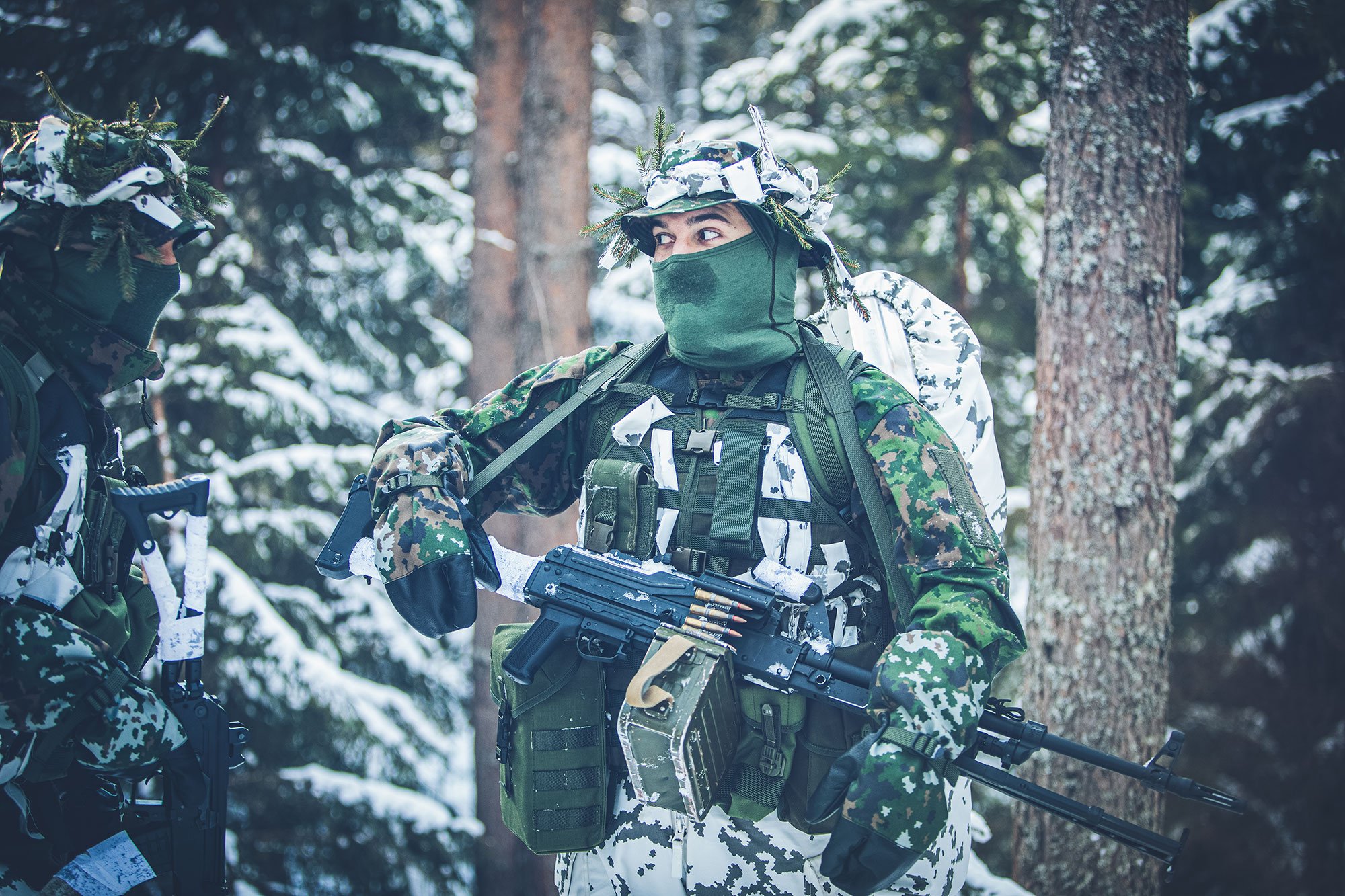 When the season is a bit indecisive, many soldiers have trouble figuring out what kind of clothes to bring. It isn’t completely unusual that out of nowhere snow invades the landscape, and you don’t have any snow camo with you. Or you pack all your cool snow camo with you and then the forest turns green again when the snow melts. You can ease this pain by taking along just a light snow camouflage layer, for example, Särmä TST L7 camouflage pants and anorak because they are super light and easily packable. When things turn snowy, you just put on the light camo outfit on top of everything else. Easy Peasy. 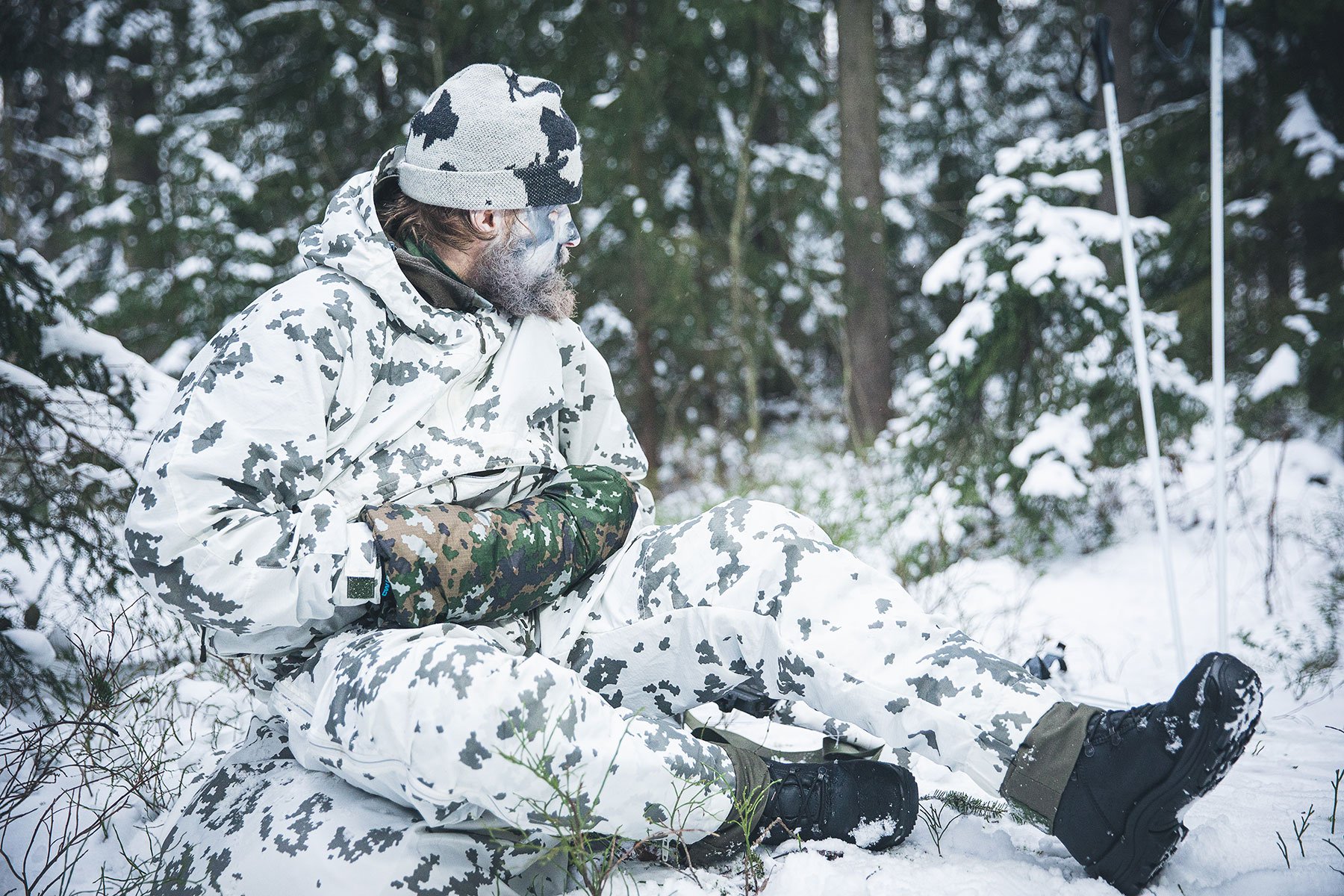 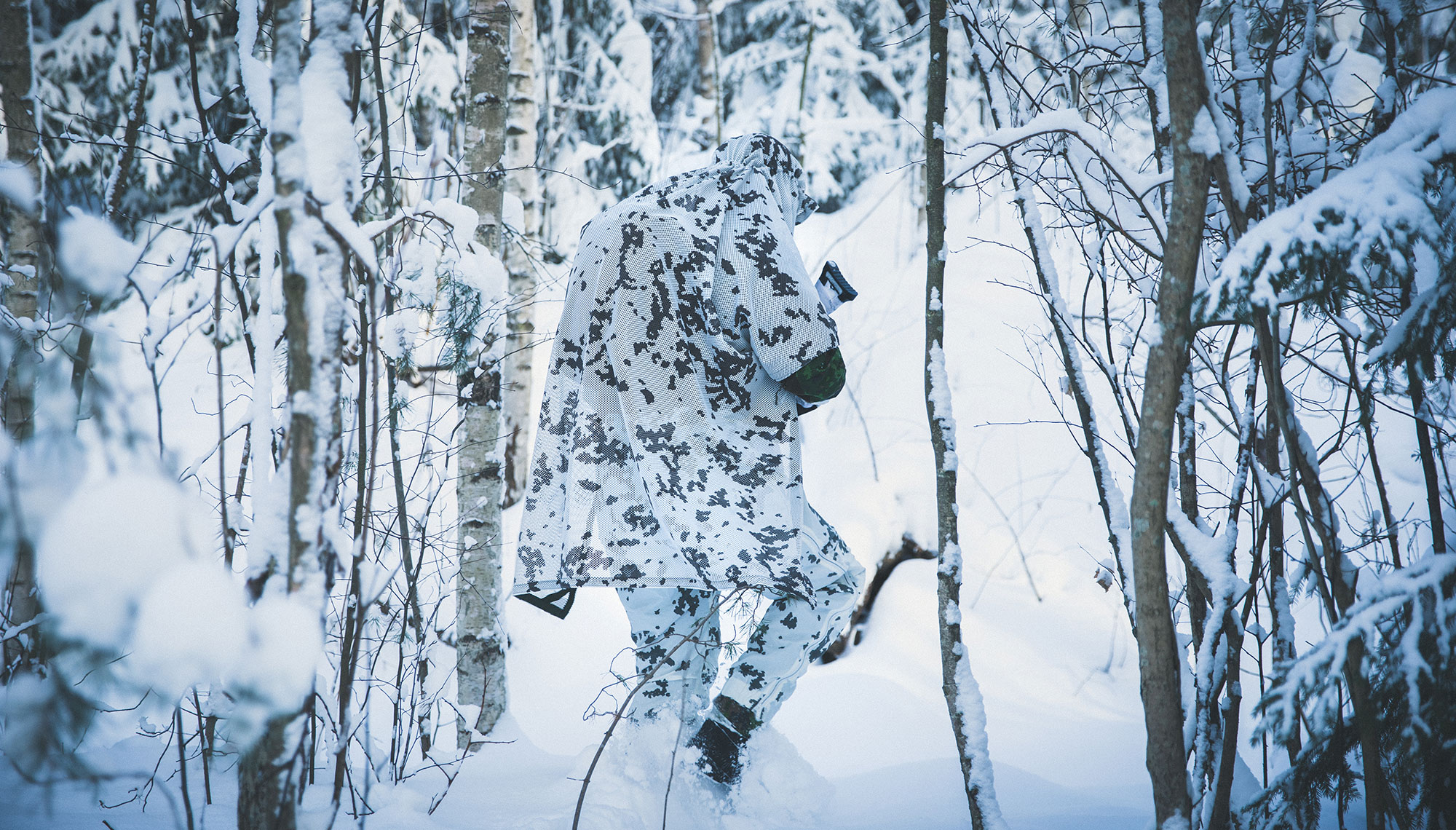 When there is craploads of snow all over the place, a solid and simple choice is an M05 snow camo outfit. 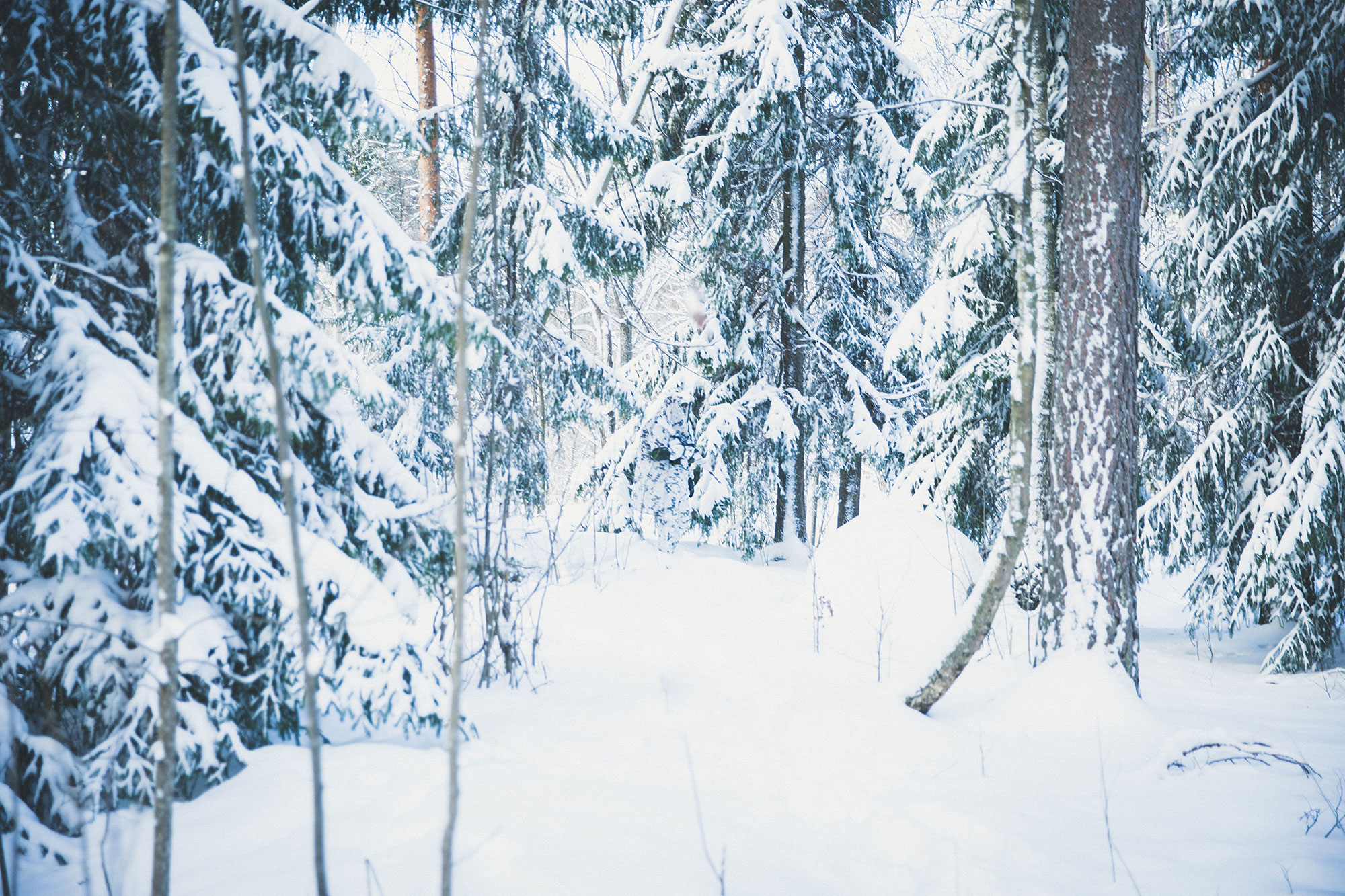 It is usually more problematic to camouflage the rest of the gear because they are usually green or in a woodland camo pattern. Very few troops have snow camo gear as an option. But worry not, with a little DIY action you can fix this in no time. You can camouflage your gear with strips of white fabric that you attach to the PALS webbing or other suitable points. When done right, the white camouflage material on a dark background emulates the M05 snow camo very well and makes you disappear in the snowy forest very efficiently. You should select a material that doesn’t suck… in moisture and freeze into stiff sticks in cold weather. Furthermore, you should test the new stuff thoroughly in advance so that the added thingamajiggies don’t prevent access to the pockets, cling on to the gun, or do something else potentially hazardous. And don’t forget to camouflage your face and the firearm. The easiest way to make your face disappear is a white balaclava. Another option is to use a white and black face paint stick that you use to create a snow camo pattern on your face. Paint your face white and add black details to cover up the highlighted landmarks of the face, such as your nose. Very familiar for corpse paint aficionados in heavy metal circles.

The Finnish army uses face paints even in the wintertime. High-quality face paints don't really increase the risk of being frostbitten during normal (Finnish) winters as long as you make sure that there isn't any moisture between your skin and the paint layer. You need to be aware of all the possible risks, especially during very cold days since detecting possible frostbites is very difficult when you have paint on your face. In extreme situations, you need to estimate what is the bigger problem, being detected by the enemy or being frostbitten. 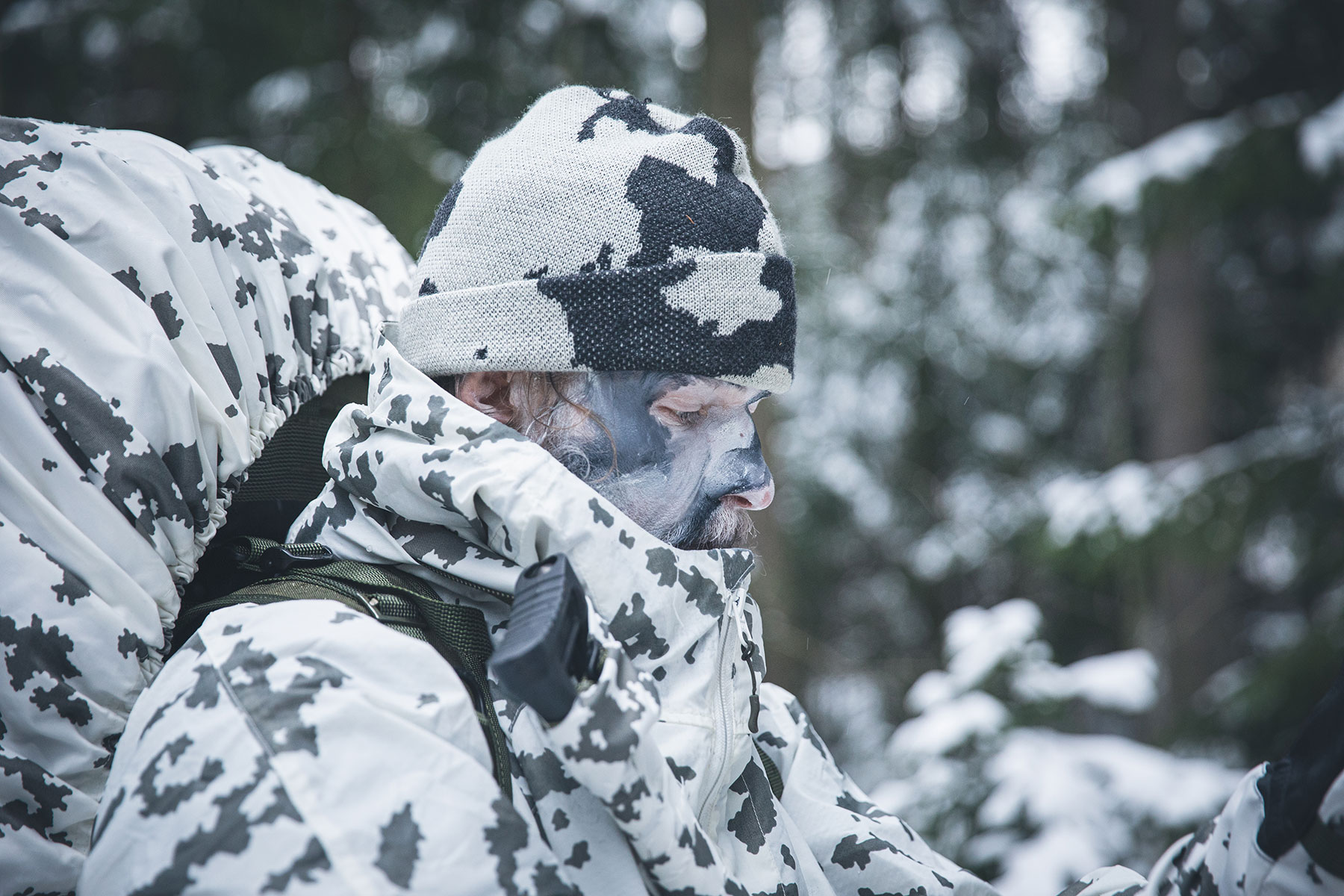 A completely black gun is easy to spot on a snowy background and on a snow-camo-covered combatant, so it is good to camouflage the gun as well. The easiest solution is a white or snow camo wrap or snow camo tape. If you want to play it safe, you can create a snow camo pattern using a can of white and dark grey spray paint. (NOTE! Don’t do this with army-issued guns or you will end up breaking rocks at some penal colony in a remote hellhole you’ve never even heard of before.) When you camouflage your gun, it is vital that it stays operational. No camo material should ever make the gun unusable or difficult to use, and you should always be able to see what you want to shoot. 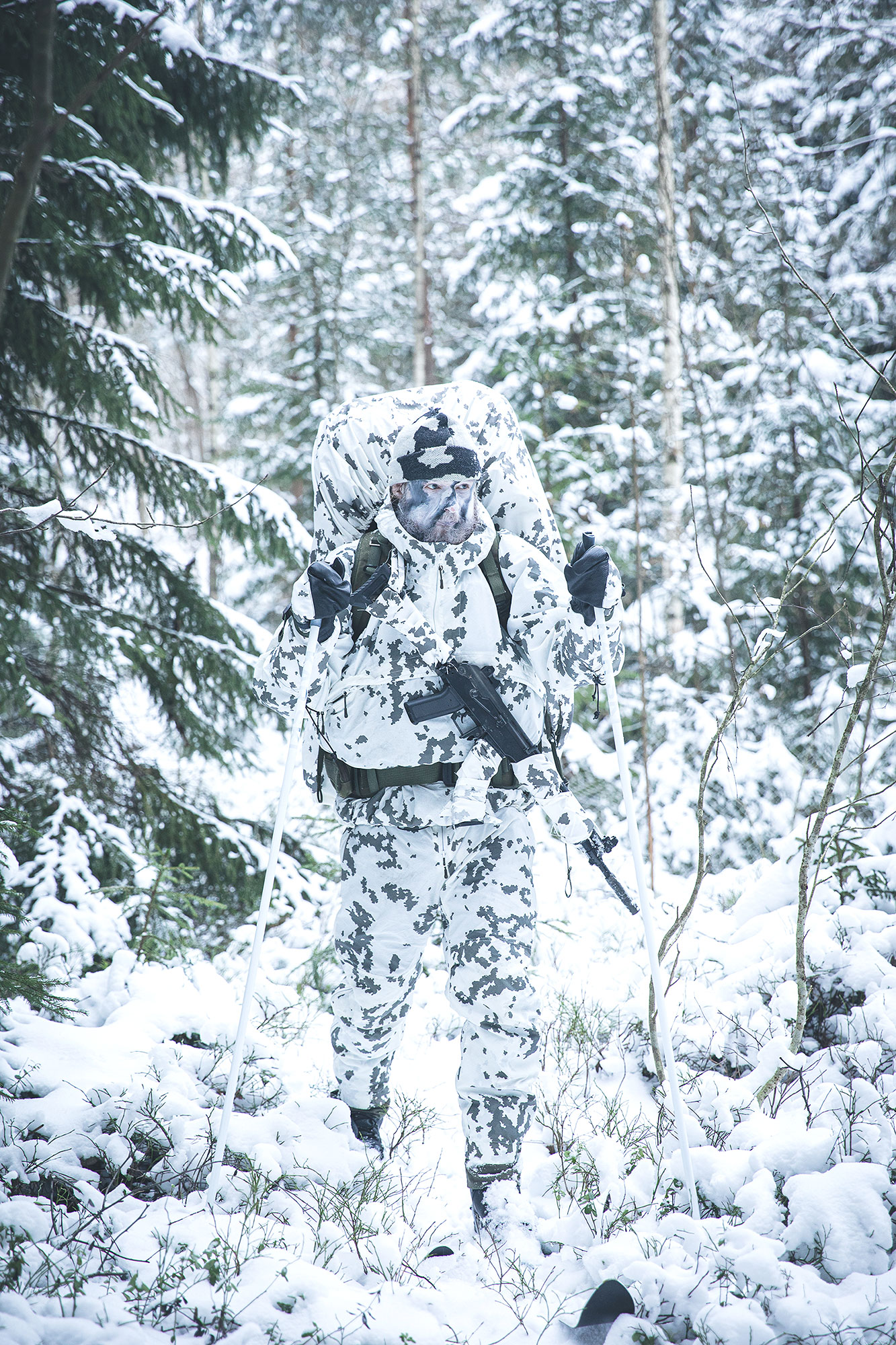 Check out our snow camouflage clothing and gear. 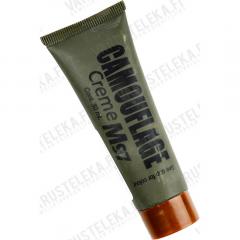 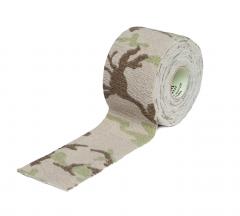 Gear Aid Camo Form Camouflage Wrap
21.99 USD
The one and only original Camo Form Camouflage Wrap! This elastic textile wrap is a quick, easy, and affordable solution for camouflaging any and all equipment. Perfect not only for military use but also for hunters or wildlife photographers. The wrap adheres to itself but does not leave any sticky glue or other nasty gunk on the surface of whatever it was used on. The matte surface eliminates shine, and the tape also dampens noise, and naturally, this stuff is NIR compliant. 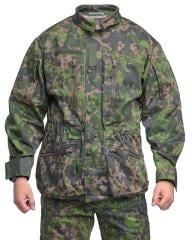 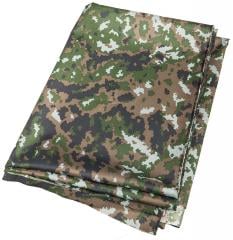 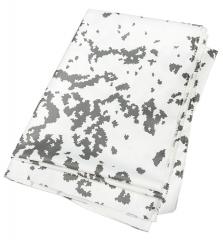 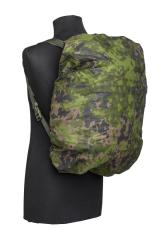 Särmä TST L1 Balaclava, Merino Wool
24.99 USD
A functional multi-purpose piece of headgear, can be worn as a balaclava or folded up to form a cap or folded down to form a tube scarf. Lightweight merino wool construction, highly breathable, comfortable and moisture-wicking. 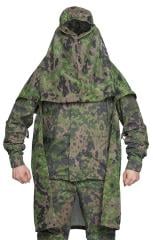 Särmä TST L7 Camouflage cloak
79.99 USD
A simple and multifunctional personal camouflage net. Designed for wear as an outermost layer over clothing and gear and for use as a small camouflage net to conceal positions and equipment.

Särmä Commando Cap, Merino Wool, Camo
24.99 USD
The Finnish army "commando cap" is far more than just any woolly watch cap, it's something of a Finnish military tradition and very functional too, the double-layered construction giving it added warmth and insulation. 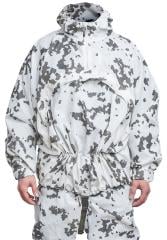 Särmä TST L7 Camouflage Pants
119.99 USD
Designed for wear over your regular field uniform or thermal suit, the long side zippers make donning and doffing the Camouflage Pants easy even without removing your footwear. The same side zippers offer unrestricted pocket access. 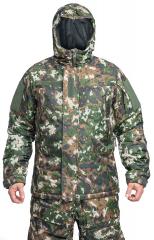 Särmä TST L5 Thermal Jacket
209.99 USD
A relatively lightweight insulated cold weather jacket, designed for field and combat use. Lightweight and packable, easy to carry with you and comfortable to use, overall a significant improvement over the Finnish Defence Forces issue M05 cold weather parka.

Särmä TST L5 Thermal Pants
169.99 USD
Designed for quick and easy layering over regular field/combat uniforms without the need to remove boots or gear. Lightweight, breathable and packable with reinforcements where you really need them. Overall a significant improvement over the Finnish Defence Forces issue M05 cold weather trousers. 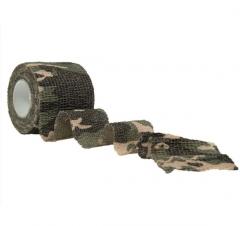 Mil-Tec Fabric Camo Wrap
6.99 USD
Reusable camo wrap that sticks to itself and nothing else. Excellent for camouflaging all kinds of things, as this wrap does not leave glue traces or damage the surface. Doesn't glow when seen through NV goggles either! 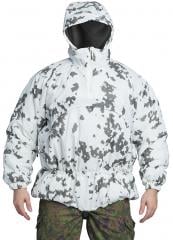 Särmä TST L5 Thermal Anorak
209.99 USD
Insulation garments worn during static pauses and breaks in cold weather need to be easy and quick to don and doff, otherwise they might not be used at all. The L5 Thermal Anorak is designed for easy layering over all your regular clothing and gear, including helmet and body armor.
Webshop by Lillhonga.fi