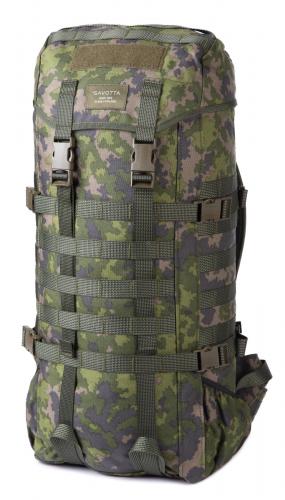 Price 183.99 USD 161.28 EUR excluding VAT
Flat Rate Shipping to USA $9.99
100 % recommends
This product has used and returned variations. Used are washed and unbroken. Heavily used are also washed but might be missing buttons, have tears, main zipper can be broken etc. 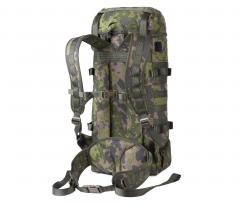 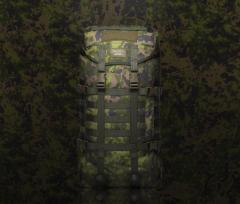 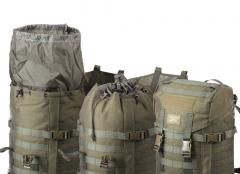 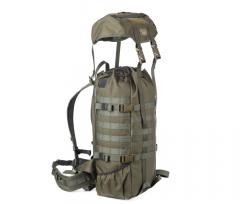 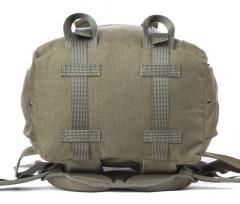 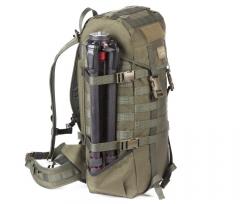 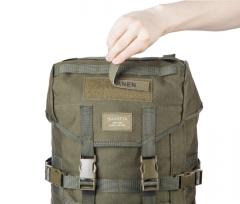 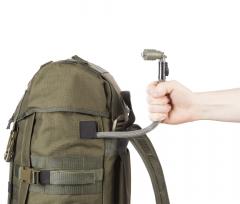 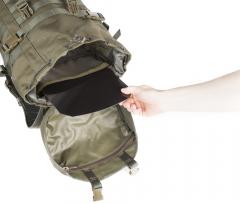 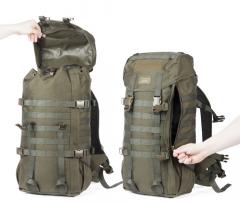 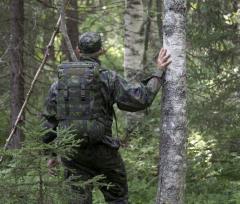 For a long time we preached that the "Light Border Patrol" pack was the best Finnish military pack ever. Well, not anymore: the Jääkäri M pack claimed that prize! Based on the Light Border Patrol Pack the Jääkäri M is a natural heir to the throne, an updated modern daypack, a sturdy one that carries even a few days worth of supplies comfortably. Versatile and incredibly tough, a proper quality pack for demanding use. This pack was formerly known as "Jääkärireppu".

Jääkäri is Finnish for Jaeger, traditional Prussian name for fighting infantrymen and a title still proudly used in the Finnish military.

This model is made of 1000D Foxdura fabric with the Finnish M05 camouflage pattern.

The "Jääkäri M" is based on Savotta's famous "Kevyt Rajapartio" (Light Border Patrol, a daypack developed in the late '90s for our border troops), but it's a step up the evolutionary ladder. The starting point is still the same: a narrow, medium sized pack that doesn't interfere with movement in tight spaces or heavy woodlands.

The main changes include the swapping of all old metal buckles for quality ITW Nexus Delrin plastic buckles, the addition of PALS webbing to all sides of the back and deleting ye olde thermos flask holder for a modern hydration bladder pouch. On top of that the updated lid and strap construction makes overpacking and compression far better than before. The result is a high-quality modern daypack that performs equally well in daily urban use as it does on 24-48h or longer hikes and missions.

Hydration tube or antenna ports on both sides of the top of the pack.

The fabric is PUR coated waterproof and extremely tough 1000D Foxdura. All hardware is military grade too, the buckles are made by ITW Nexus and zippers by Kroko of Belgium. The materials, construction and attention to detail are all top-notch!

I own the older M05 version from 2017, which is missing a piece of strap that should be holding the bladder. Savotta kindly offered to fix this for me but it's not a big deal. This has been resolved in the newer versions. Otherwise the quality is top-notch. This is probably one of the most versatile 30 liter packs out there. It can carry alot more stuff compared to other 30 or 40 liter packs i own, both inside and outside.
3

I'm a bit of a rucksack nerd and have loved and abused berghaus and karrimor gear for years. This is a super strong pack, that is clearly high quality. I combined it with 2 Sarma TST XL pouches and a couple of smaller dutch molle pouches. This gives me a huge range of flexibility. It is narrow, much narrower than my shoulders and does not get hung up in trees in tight spaces. I can carry a full size (.270) hunting rifle with large scope on the side, supported by the pocket, no problem. it sticks up pretty high, like a flag pole, but if there are no overhead obstructions it does work, and keeps your hands free. The straps are slim enough that they don't interfere too much with aiming while wearing it. You can put the stock against the strap or slip it to the slide easily.

The side zip means you get to stuff more like a duffle bag which is helpful. All in a great day sack for hunting, fishing and hiking.
1