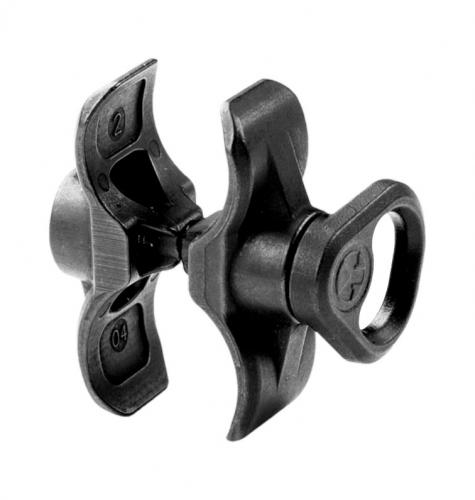 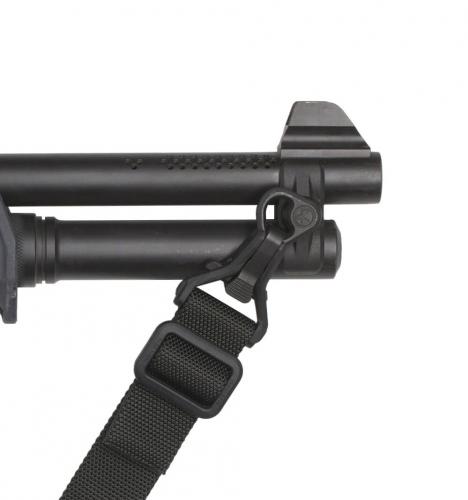 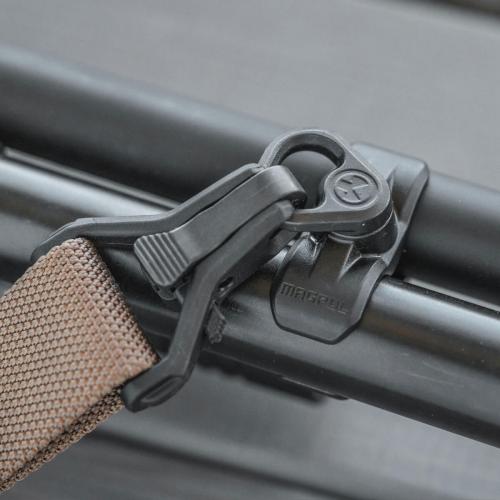 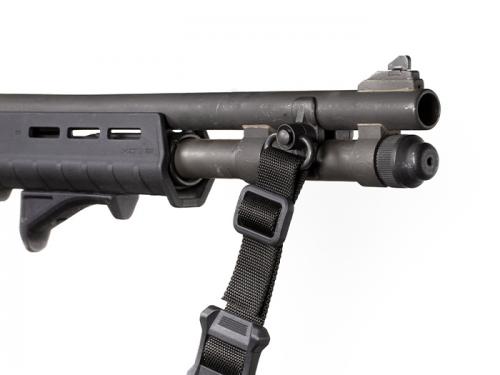 The Magpul Forward Sling Mount is a sling attachment point for shotguns that clamps onto the barrel and extended magazine tube. You have a choice of one model for the Remington 870 and Mossberg 500/590/Maverick series of shotguns, or another for the Mossberg 590A1. 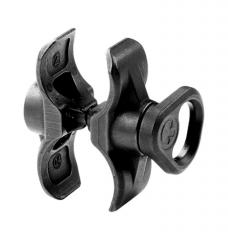 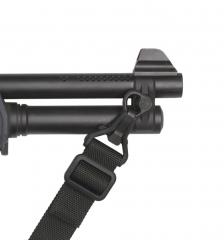 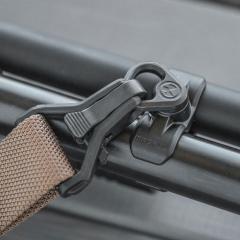 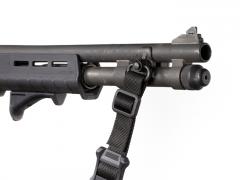 The Magpul Forward Sling Mount is a sling attachment point for shotguns that clamps onto the barrel and extended magazine tube. You have a choice of one model for the Remington 870 and Mossberg 500/590/Maverick series of shotguns, or another for the Mossberg 590A1.

Dedicated fit for the respective models. The 590A1 has a thicker-walled barrel because race car war gun.

The sling mount can be configured for use with either Push-Button QD Sling Swivels or one-point clip-in style attachments such as these:

Made from precision cast steel that is Melonite treated for wear and corrosion resistance.