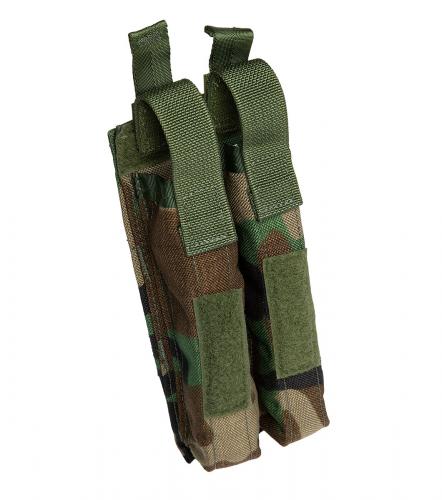 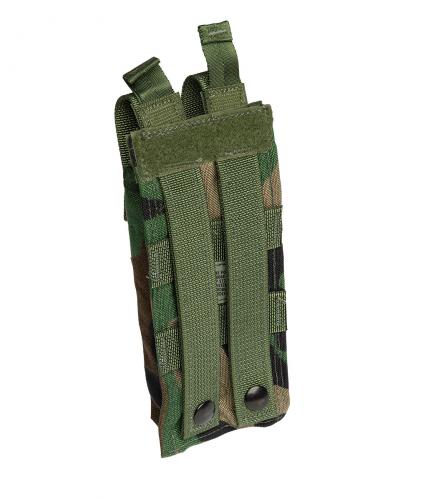 Standard PALS in the back. 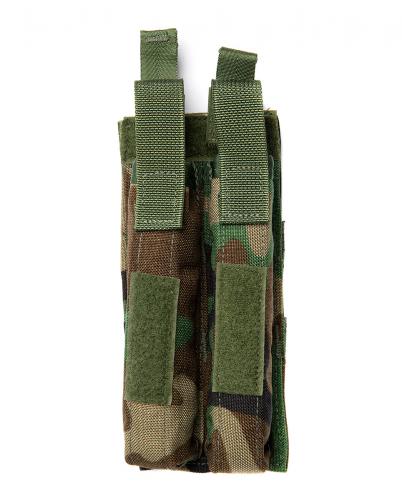 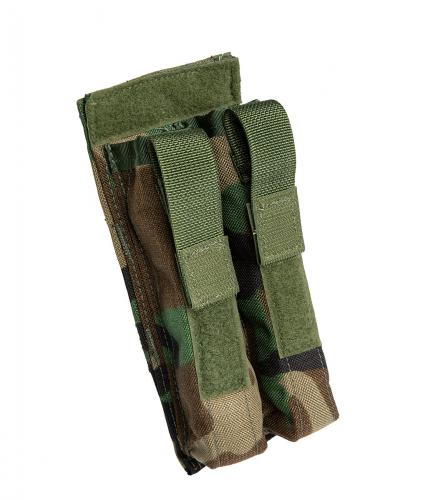 The lids attach to the front of the pouch out of the way. 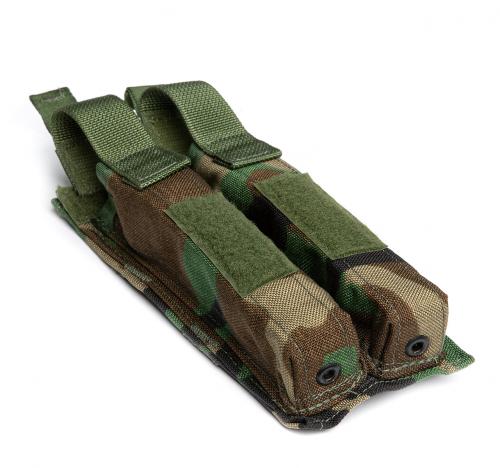 Drainage grommets at each bottom. 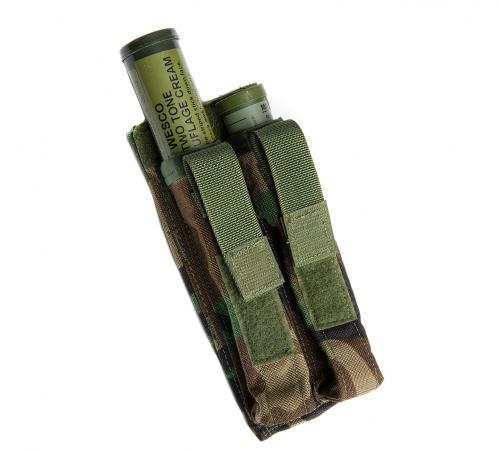 Suitable for various bars and tubes with a diameter of 33 mm / 1.3" 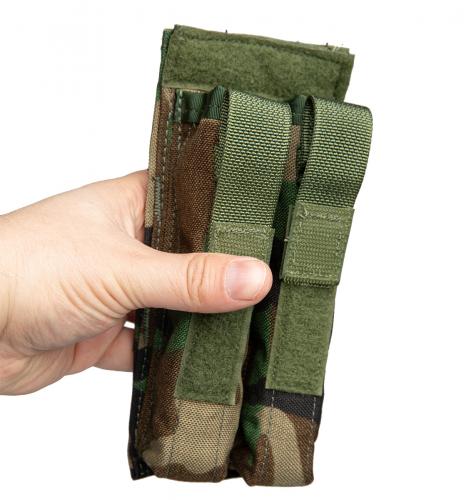 Blast from the not-so-distant past! Submachine guns were all the rage in special forces and police tactical units in the '80s and remained well represented in action movies through the '90s while real-world units started to shift towards carbines. 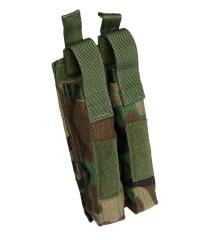 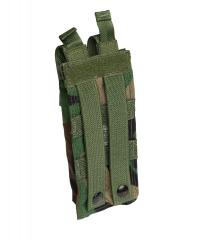 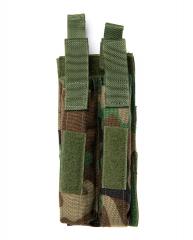 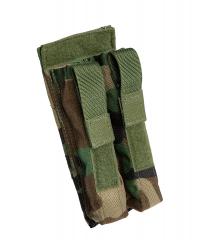 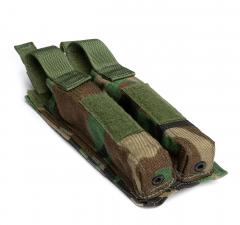 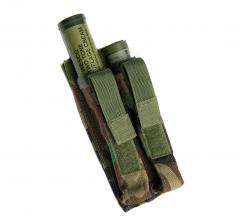 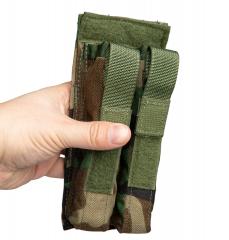 Blast from the not-so-distant past! Submachine guns were all the rage in special forces and police tactical units in the '80s and remained well represented in action movies through the '90s while real-world units started to shift towards carbines.

This MOLLE magazine pouch is a component of a fairly modern load-bearing system and the forward-falling closure system is up to date even by today's standards. To carry the magazines of a weapon that was considered old-fashioned a couple of decades ago already may seem anachronistic.

Not so fast, though! Pistol-caliber long arms can still be used effectively in special applications so it's only reasonable to make current-spec magazine pouches for them as well. The people working with these tools don't care much about period-correct gear but rather want to get the job done. From this perspective, this magazine pouch makes a lot of sense.

Made for two MP5 magazines. You can carry two UZI magazines in the pouch as well but the strap won't close on the 32-rounders. It's probably OK because the fit is very snug. Polymer magazines are unlikely to fit due to their thicker walls: Sorry to all you Glock 18 owners!

Anything else that might fit? Pretty much any roundish object such as the grip of a screwdriver or a small tripod you might use for smartphone camera work. If the diameter is 33 mm (1.3") or less, the fit is ideal. The depth of the pocket is 16 cm (6.3") so anything you carry should be longer or it'll be difficult to fish out of the compartment.

Made in the USA for hard use and conditions. Will probably outlast you and anything you may carry in the pouch.

Perfect fit for MP5 magazines. Nice quality. Only downside is that the retention straps cannot be removed in a non-permanent way - if you want to get rid of them, you're going to have to cut some stitches.
0