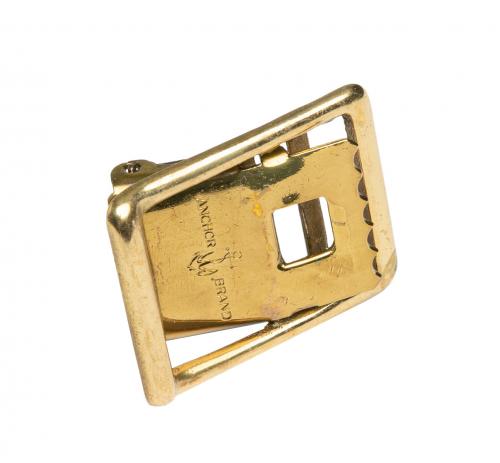 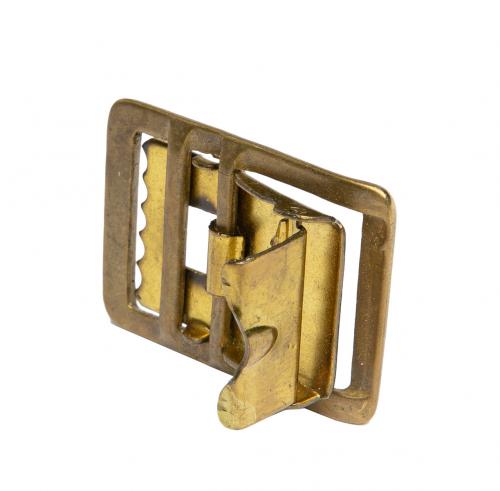 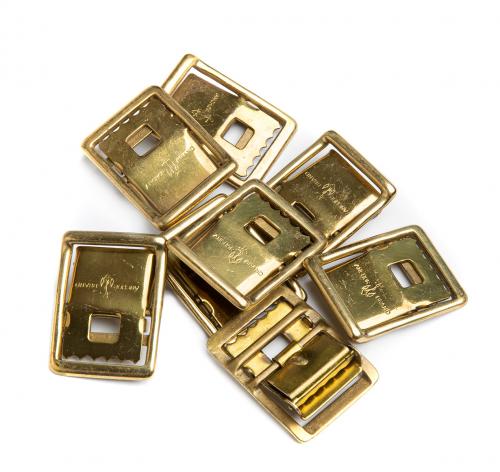 A good ol’ US army belt buckle. Pretty similar ones were already used by the US doughboys during the Great War. Fits on a one-inch (25 mm) fabric belt. The belt isn’t included because, c’mon, we’re selling the cool buckle here. 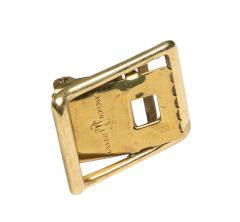 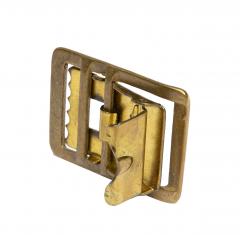 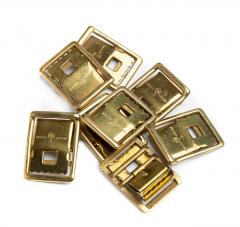 A good ol’ US army belt buckle. Pretty similar ones were already used by the US doughboys during the Great War. Fits on a one-inch (25 mm) fabric belt. The belt isn’t included because, c’mon, we’re selling the cool buckle here.

Buckles manufactured by the US company North & Judd under the Anchor Brand were already used on the pant belts of American soldiers during the First World War but also later. WWII and Vietnam War also featured fairly similar buckles. These are later than that but work exactly the same way. However, they lack the patent date that was on the buckles in the beginning. You clench the other end of the fabric belt in the jaws on the backside of the buckle. When putting on the pants, the other end is looped through the buckle, which then chokes it gently to submission.

These belt buckles fit on one-inch (25.4 mm) wide fabric belts. The belt should be fairly thick. Slippery and very thin straps slide through the teeth.

Used US military surplus. These may have some small scratches, but they are all intact and fully functional. Well, a simple metal thingy like this doesn’t have that many parts that can break that easily anyway.