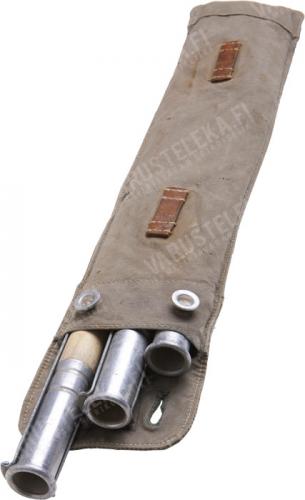 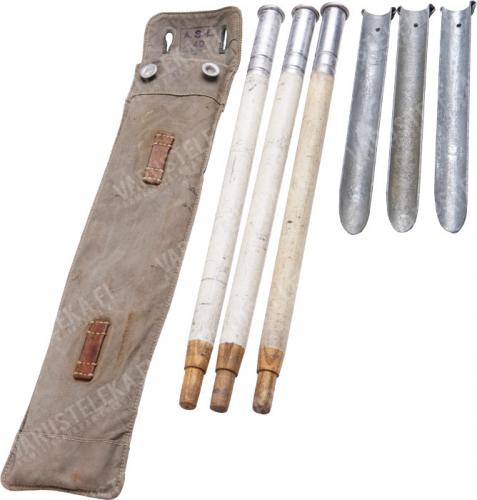 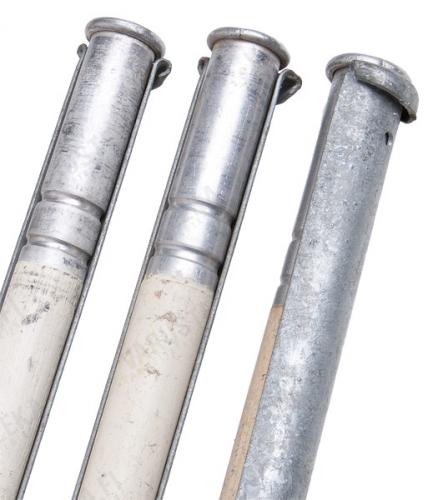 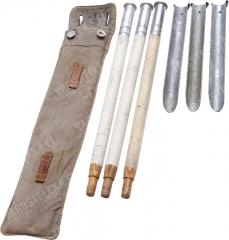 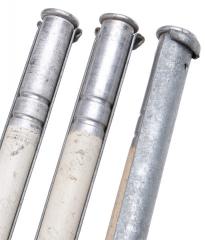 Very similar to German WW1 and WW2 tent accessories, this one is a tiny bit bigger and has different details. Works with most shelter halves, like Soviet and East German types.

Used, not broken (one does not simply break Swiss-made items), smells very bad.

Not sure why I ordered this, probably because I was hoping it would be a WWII date or something. Upon opening the bag, it was stamped 1916! Here I was hoping for WWII and ended up getting a WWI stamped one! I don’t have any shelter halves to test this, but it makes for a pretty sweet pole in a blanket fort in the living room. $6.00 for something from WWI!? I’m pleased for sure.
3