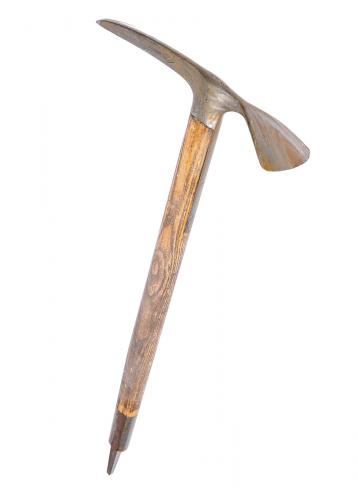 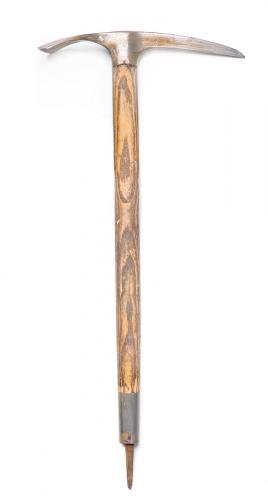 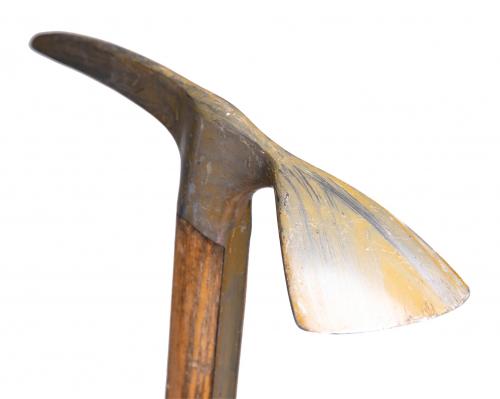 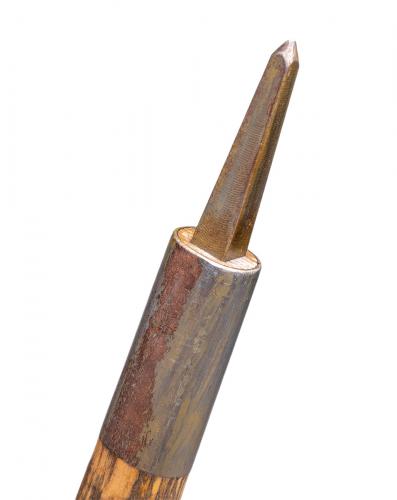 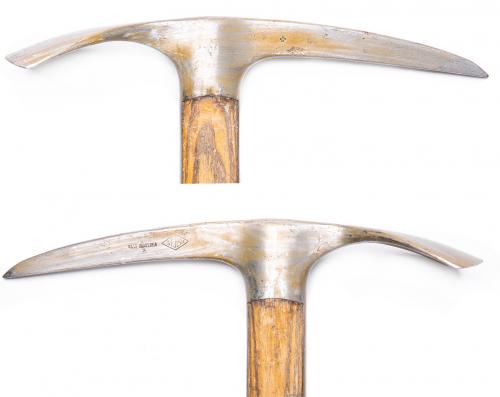 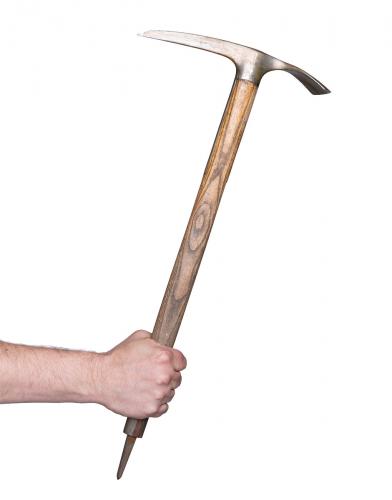 A really pretty Swiss army ice axe made in Austria. Identical in style to the German WWII ice axe. Of course, similar ones have been used already before and quite a long after the war. 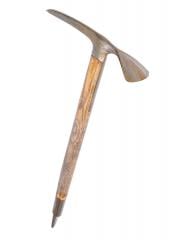 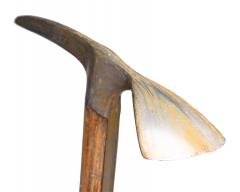 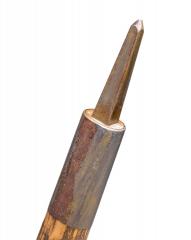 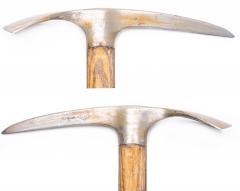 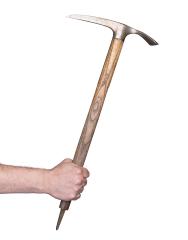 A really pretty Swiss army ice axe made in Austria. Identical in style to the German WWII ice axe. Of course, similar ones have been used already before and quite a long after the war.

In the days of yore, the shepherds used the alpenstock staff to support them when moving in the frozen Alps, and many also carried a small hatchet to carve steps into the icy slopes. Then some smart person got the idea to combine these in the same tool and thus was born the ice axe in the 19th century.

The first ice axes were long but as the crampons got better, the axes also got shorter. This version is c. 60 cm (23.6”). The length can vary a little bit. The weight is c. 800 grams (1.8 lbs). That can also vary a bit because in the good ol’ days it wasn’t such a biggie to be precise.

These have been used in mountaineering in their time. However, since this is used military surplus, don’t go conquering the Alps with these! Climbing stores have a lot more reliable modern tools for that. These are best suited for collecting, for reenactment, and as a nice keepsake for a friend that climbs. You can also create pretty impressive social media photos with these, as long as you stay close to the ground.

Many of these have been manufactured by the Austrian Stubai, known for their high-quality tools, but there are also other manufacturers. The axe is the same though, except for the stamps on the blade.

Used military surplus but in OK condition. Some of these are in really nice condition, some have seen more use. The handle and metal parts are fully intact. There is some dirt on the handle, so you shouldn’t handle these with white silk gloves because it does give some color. If you don’t like it, you can clean the handle with sandpaper. The whacking and stabbing parts aren’t as sharp as on a new one, because people have whacked and stabbed things with these. But you can always sharpen them. If you just want to add it to your collection, you probably shouldn’t sand or sharpen anything though.