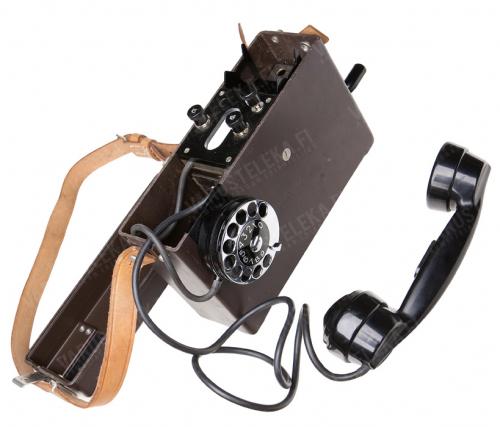 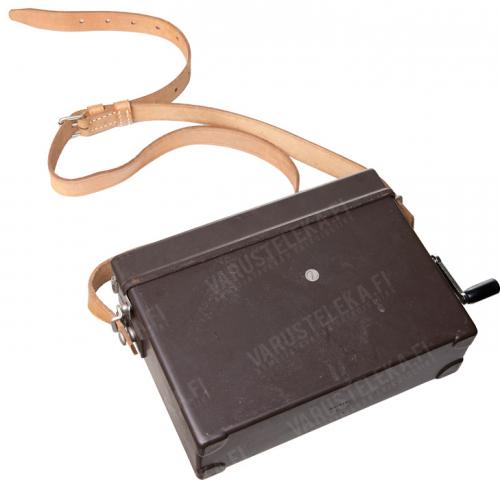 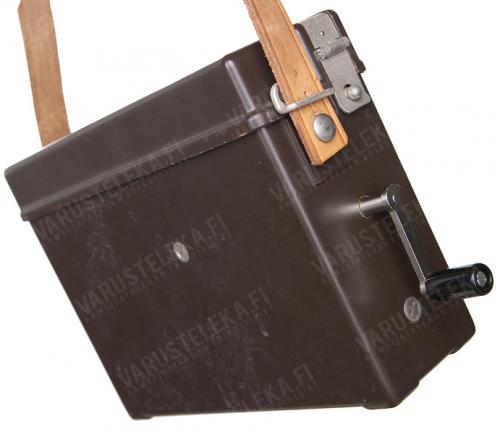 We're going to make you an offer you can't refuse - buy a phone, get free calls for forever! Of course, this only works if you have a friend with the same phone and you connect them with a cable... 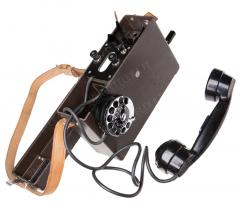 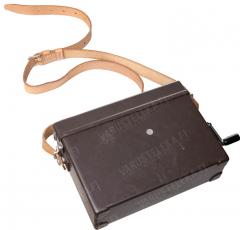 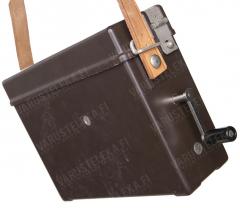 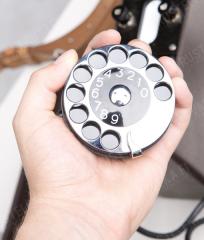 We're going to make you an offer you can't refuse - buy a phone, get free calls for forever! Of course, this only works if you have a friend with the same phone and you connect them with a cable...

Note: there's a few model variations - nothing major, though. Some have a long carrying strap, some shorter. A few have a headband system and/or dialing discs seen in the picture. Some phones have a plug, likely for an external power source or the headset system.

Includes everything a single phone unit should have - the cable you have to get yourself, anything with two wires will do. Two phones will work up to a distance of 100 meters, you need signal amplifiers for greater distances and switchboards for networks of more than two phones.

Not only are these things built to last, but they also use D, or LR20 batteries - no need to go to a special electrical shop to get these working.

Phones are used and more than half a century old, so expect some wear. They all should work though, although, at this price, we don't have the resources to test them.