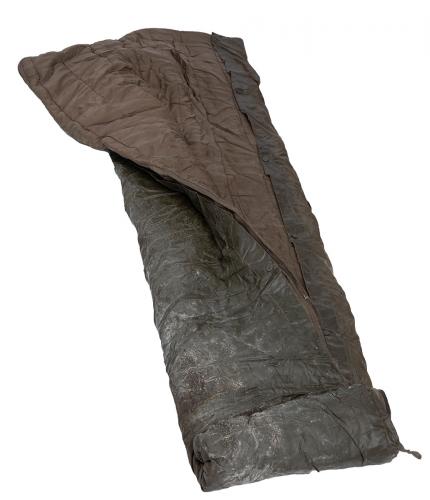 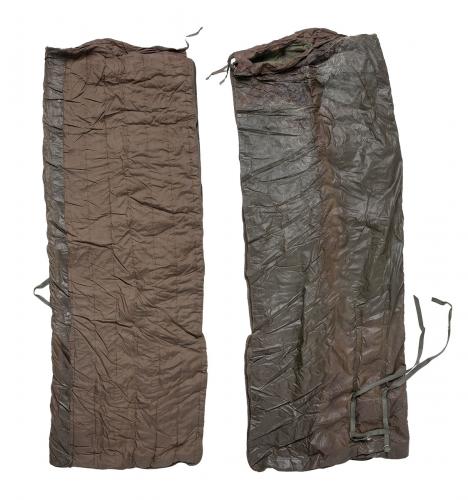 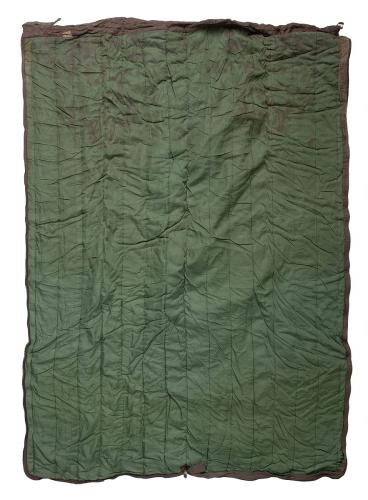 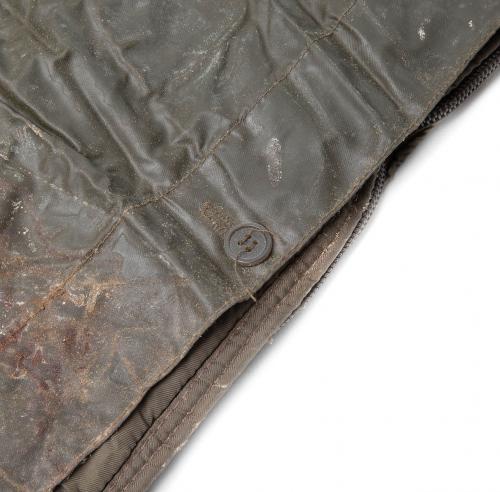 Some of these have a detachable sleeping pad, some have a fixed one, and some come without it. 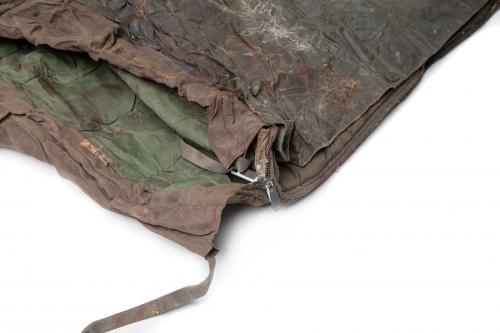 The condition varies from this kind of a zombie body bag to fairly decent ones. 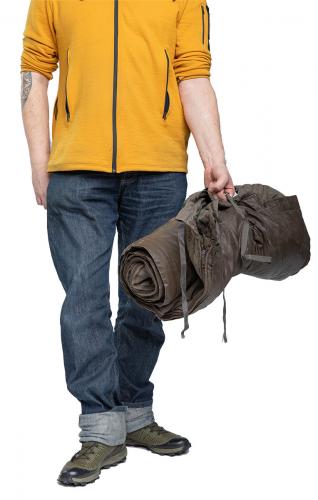 These don't come with a carrying bag. 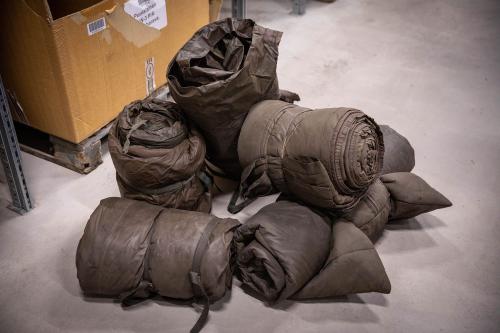 An abused Serbian sleeping bag that might need to be shot in the head to keep it from being reanimated and eating you. If you don’t scare easily, you might get some decent quality dirt cheap. Or just dirt. 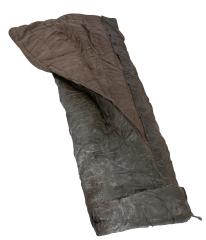 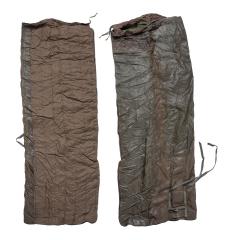 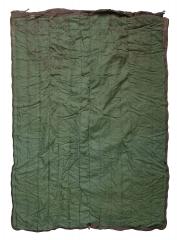 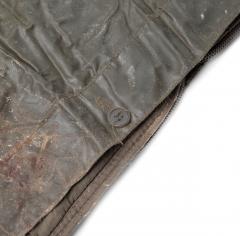 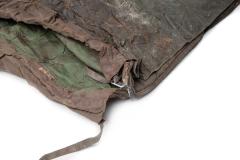 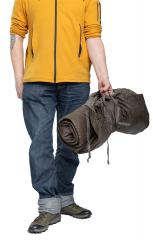 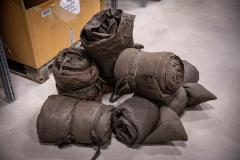 An abused Serbian sleeping bag that might need to be shot in the head to keep it from being reanimated and eating you. If you don’t scare easily, you might get some decent quality dirt cheap. Or just dirt.

We got such a batch of sleeping bags that our crew that has seen things you wouldn’t believe was for once rendered speechless. We thought we bought high-quality Serbian sleeping bags with a strong detachable rubber sleeping pad. And there are some of these here. However, there are also some Frankenbags where the rubber has been welded to the bag permanently. And some have no rubber at all. So, when you buy one of these, it most likely won’t look like the one in the picture. And there definitely won’t be a carrying bag.

In principle, the inner measurements of these bags are c. 200 x 70 cm (79” x 28”). However, since there have been so many exciting turns of events, we wouldn’t be surprised if you get a sleeping bag designed for a six-legged 10-foot tall alien. These should weigh a bit under 3 kg (6.6 lbs) but that depends on how much forensic evidence these have been drinking.

Abused and mistreated Serbian surplus. Some of these are actually in pretty good condition except for the rubber part, but that can be washed. However, some seem to have played an active part in some genocide. If this was your regular real estate ad, we might use such expressions as “a Bohemian handy man’s dream” or “exciting details”.

In other words, when you buy one of these, you might get a pretty decent good-quality sleeping bag at a very nice price. Or you get an unholy Thing that requires holy water and an exorcist. Take it as a thrilling game of chance. If you like to gamble, I tell you I'm your man...

I needed an inexpensive sleeping bag that could repel water, and that's exactly what I received!
The rubber liner is only buttoned to one side, so you always know which way faces up.
Sure, it is dirty, especially the side that faces the ground but I was pleasantly surprised when the inside was clean.
Manufactured by Lio-Osijek in 1976 according to the tag.
Measured its inside length to where padding stops, which is 186cm.
The carrying straps are sewn on which is nice, but they're so close together that when rolled up, one side will bulge.
The top has a drawstring so you can cinch it close and keep the cold out.
The colour is a very "JNA green" shade of olive drab.
Overall, I am very happy that I took a gamble on this, but your own will absolutely vary.

I rolled the dice and bought one on a whim. The one I got was more or less in mint condition.
0

The gamble was too enticing. Had to grab one of these as they are fairly uncommon.
Just received the sleeping bag today and upon first inspection it's a bit dirty as expected, but in overall good condition.
Like some of the others purchased, the inside was quite clean and relatively unused. The tag was intact and dated 1974.
Unfortunately, mine came without the the ground sheet and the zipper slider was completely missing, but being that the sleeping can be used with a bivy bag and a new slider can be put back on, I'm happy to show this piece some love and bring it back to a useable state.