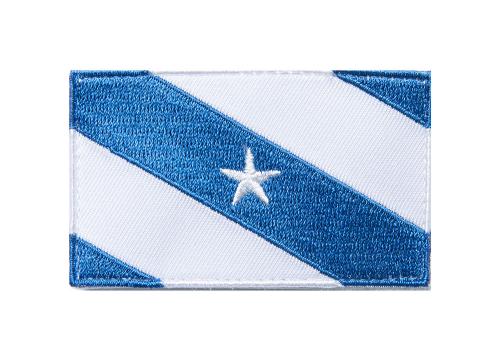 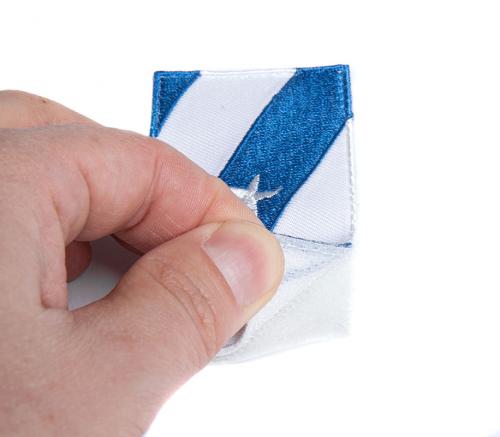 You could now wear a piece of fascinating Finnish flag history. This is the late 19th-century suggestion for our national flag by author Zacharias Topelius. In the US-standard flag patch size, full color. 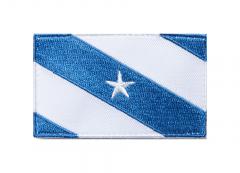 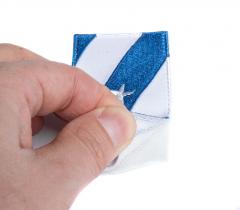 You could now wear a piece of fascinating Finnish flag history. This is the late 19th-century suggestion for our national flag by author Zacharias Topelius. In the US-standard flag patch size, full color.

In the 1860s, people started to discuss more widely having a national flag for Finland. This was revolutionary because we weren't yet independent. People made several suggestions, some of which were in red and yellow like the Finnish coat of arms. In addition to the lion that is featured in our coat of arms, they suggested Scandinavian crosses, stars, and other heraldic symbols.

Zachris Topelius was strongly in favor of the blue and white colors that eventually became the Finnish colors. He saw them as the colors of ice and open water. However, yellow represented withering to him and red he saw as a bloodstain. So, is it better with a cross or star? You decide.

These are manufactured by patchmakers who manufacture insignia for the Finnish army, quality stuff!

Very clean edges, and excellent texture quality. I get plenty of questions about this patch, and it's always fun to explain it.
1

Yeah, Zacharias Topelius the swedish-speaking (swedish) writer who invented the colours of Finland... the finns call him Sakari...