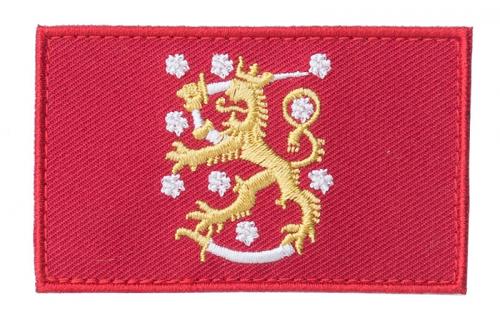 Here's the first official state flag of independent Finland. It's a very old flag from a time when Finland was the natural habitat for lions - before they were displaced by polar bears and climate change.

Here's the first official state flag of independent Finland. It's a very old flag from a time when Finland was the natural habitat for lions - before they were displaced by polar bears and climate change.

This flag is not widely recognized because it was only used officially from 1917 to 1918 when it was replaced by the now-common blue cross flag. Prior to 1917, Finland was the autonomous Grand Duchy of Finland as part of the Russian Empire and the flag was used unofficially.

Made in Finland. These are manufactured by patchmakers who manufacture insignia for the Finnish army, quality stuff!