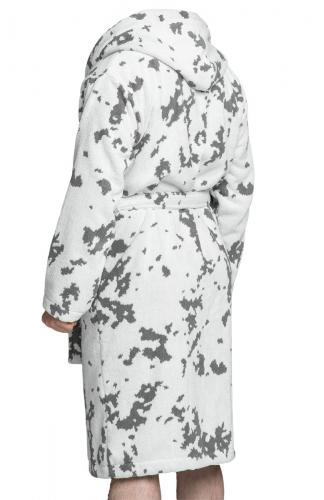 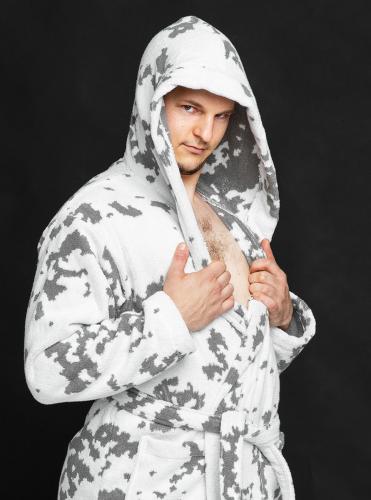 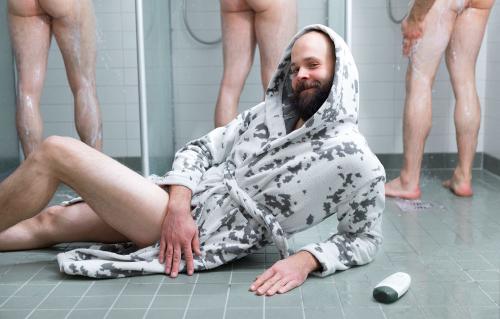 Gone are the days when men would wear bedsheets when deployed to fight in the Winter War. In modern days, we can don bathrobes in M05 Snow Camo!

Show Imperial
Show Metric
Temporarily out of stock. Request restock notification and we will email you as soon as this product is available.

Gone are the days when men would wear bedsheets when deployed to fight in the Winter War. In modern days, we can don bathrobes in M05 Snow Camo!

Various snow camouflages are less common in armed forces, as most operations take place in theaters with little if any snow. It has proven to be very popular in various home textiles such as beddings and towels.

As we know, there's a thought that everything should be white when decorating the house. White is a popular choice even outside these white supremacist circles. Perhaps this explains why woodland camouflage isn't popular for home decor but snow camo is white enough to be accepted.

It's not like bathrobes are that precise of an affair but we thought two would be one because "one is none".

The smaller one is nominally suitable for up to Medium (100 cm / 39" chest) but nothing should stop a larger person from choosing one if they so prefer. Except decency.

The larger one is, well, quite a bit larger. About 116 cm or 45.7" is the nominal size, but even this isn't an absolute limit. However, if you're small and want to really wrap yourself into that fluffy terry, go nuts with the L/XL.

The material is lovely thicc 550 g/m2 (16.22 oz) Jacquard terry, 100% cotton. It's so soft you probably should use some shower gel, a bathing brush, or sponge: the old "peel your skin with a coarse towel"-trick won't work with these.