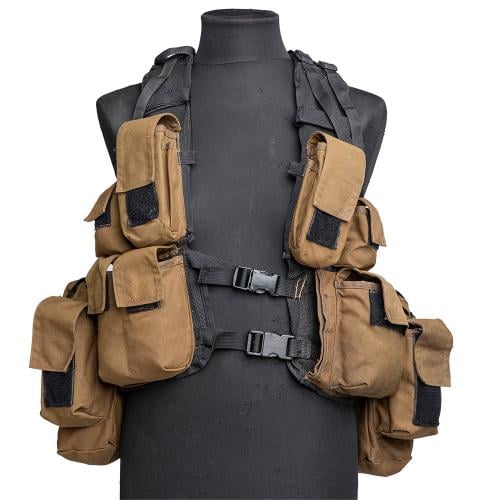 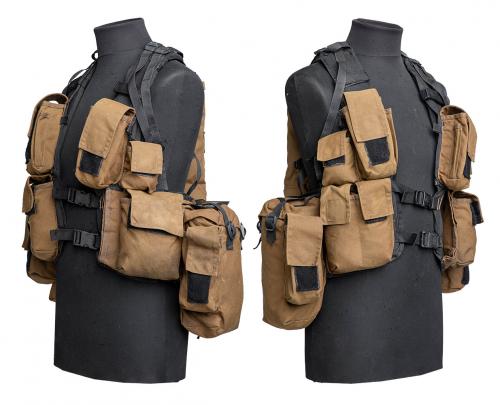 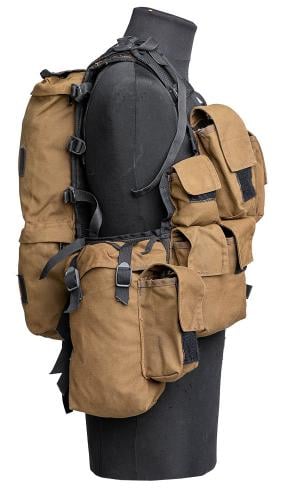 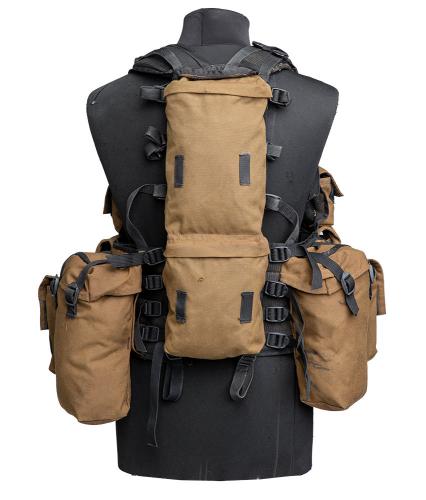 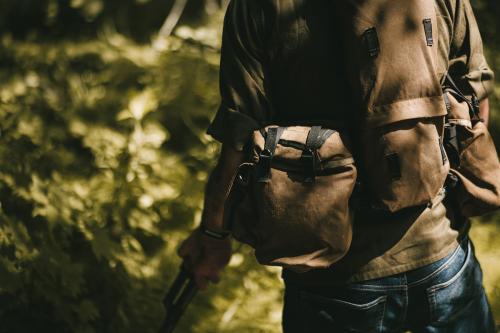 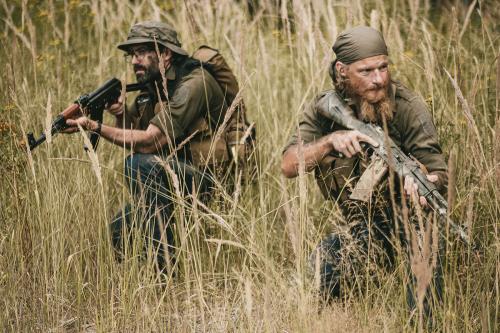 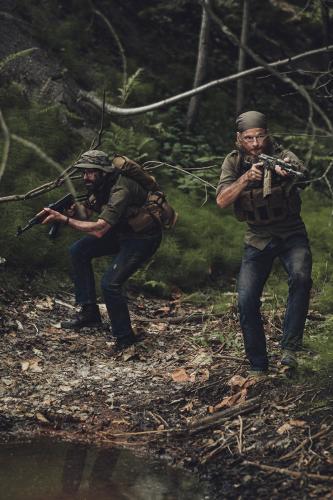 South Africa is one of the few countries that rival Israel when it comes to military endeavors on their own soil or nearby. The South African Pattern 83 Battle Jacket is one of the most well-known modern pieces of military kit. It has been copied by numerous manufacturers and is found in a plethora of colors and patterns in service worldwide. 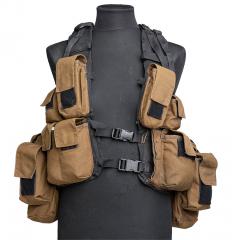 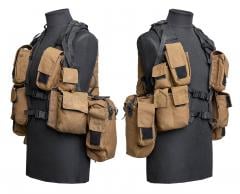 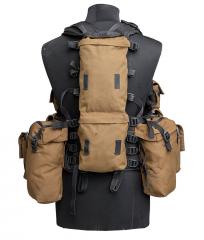 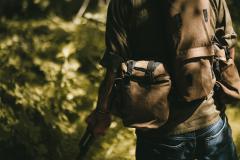 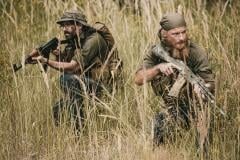 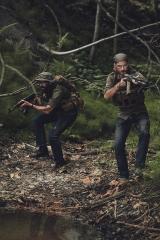 South Africa is one of the few countries that rival Israel when it comes to military endeavors on their own soil or nearby. The South African Pattern 83 Battle Jacket is one of the most well-known modern pieces of military kit. It has been copied by numerous manufacturers and is found in a plethora of colors and patterns in service worldwide.

After working together with the Rhodesian security forces in the '70s, the South African military picked up some ideas from the famous James North, and Fereday & Sons combat vest designs and started making their own ones. The first designs were pretty much copies of the Rhodesian ones but led to further development of various models, which were issued primarily to the Special Forces.

After a couple of years, the final design of the Pattern 83 Battle Jacket emerged. It was to replace the aging Pattern 70 yoke-based webbing and did so in the mid-'80s. Since then, the Pattern 83 Battle Jacket has seen continuous use and is still in service today. Outside Africa, these have been most notably used by individual British fighters serving in the Middle East.

The vest in a nutshell

The design process was heavily influenced by experienced bush soldiers and any kind of input from pencil pushers was quickly shot down. While progress has been made since this vest was and still is a prime example of functional fighting gear.

This is a very sought-after piece of kit, grab yours while stocks last!

These are in a used condition, sometimes a bit rough, but perfectly serviceable. They are a bit dusty, some seams and straps might be a bit frayed, and the fabric can be patched up. There could even be some markings by the previous owners on them. Some have even had bloody field dressings in the pouches but we try to scavenge such relics for ourselves.

I utilize this for day hiking. Hands down one of the best day packs ever. Yes, it is 100+ $ but the storage space is immense. I was able to boulder with every pouch filled to the brim no problem! Compared to yokes and even lumbar packs you won’t find anything much better than this!

Downside is the two water pouches on the sides are a little oddly shaped but 2L hydration bladders fit well.

There is an inside pouch on the left interior near the buckle as well for map storage.

Well thought out, plenty of room for the essentials with no space for bullshit.

Was worried the vest may be too big as I'm quite small, but I was pleasantly surprised to find out that not only does the vest adjust small enough to sit at the appropriate height, but it's high enough to allow me to use a mid height holster and a few pouches mounted towards the front of the belt.

5/5, would fight commies in Africa with

I was initially pretty skeptical of spending over $100 on a piece of military kit like this, but I've got to say it lives up to the hype. The design is extremely efficient, with an incredible amount of storage space for just about anything you can think of. It's also very comfortable and distributes the weight well. It works great as a day pack, a piece of competition shooting gear or even as a realistic weight vest for training and exercise.

Pretty awesome product in all honesty. The original of the much copied, so they must have done something right. Endlessly adjustable, it fits me well, I'm 6'5", and you can squeeze it nice and close to your body.

But as far as the condition I received it in? Damn near perfect. It was clean, had one hole in a minor spot and some wear, but thats not varusteleka's fault! These guys took care of it, and sent it fantastically!

Just finished a 5 hour walk with this, i am beyond impressed. The Vest arrived in perfect condition and freshly washed. It has enough storage space to fit everything you could think of (Huge Medic Pack, Water, Food, Tools, Radio, Magazines etc.) and is build as tough as nails. But what really sets it apart is the fit and weight distribution: It cradles your body like a loving mother, contributes the weight evenly over your entire body and never feels heavy or limiting in any way. You have full freedom of movement, you can easily shoulder or sling a rifle on your bag and can reach every pocket on it. I walked for 5 hours in 30 degree celsius weather in the sun, it felt cool and comfortable the entire time. When i took the vest of i only had minor sweat stains on the back, but nothing compared to a rucksack or plate carrier. I dont know what Afrikaan Blood-Magic the SADF used to create this Rig, but you just dont sweat in it. This is by far the best patrol vest out there, you can literally fit an entire backpack worth of stuff in there and keep your freedom of movement. If your planning for SHTF or similar, get it now. You wont get any better. Big thanks to Varusteleka for bringing this gem on the market, you guys are all we love about the finnish people.
1

So here’s the thing, I ordered mine in used condition and did notice a very small hole some white stains and some frays which are all expected. The one thing that was a bummer for me is that the padding that rests on the back had a hole in it the size of a quarter exposing the foam which has started to deteriorate and there’s really no way to fix it. I think they should probably show some more realistic condition pics for the battle jackets they’re selling cause the one I got is in a lot worse condition than the one they show. Shipping was great I have always been pleased with varusteleka but think they could visually advertise a little better for this particular item for the batch they currently have and just show some of those bigger holes and tears that some of the jackets have
4

Sebastiano B. 23.07.2021 (Edited 03.08.2021)
I wonder how long it will take for someone starting production of these and the P83 chest rig again. Karrimor 's and Morane's versions were different from the original and went out of production recently, I speculate due to poor sales. Wouldn't a proper quality exact copy of the now 100+ euros original that is hard to get even in Africa sell better? P83 webbing, nutria apparel and, in general, material from pre-1994 South Africa is obviously very desired and clearly not just by collectors.
6

Report abuse
Conor D. 19.10.2021
They haven't done the battle jackets, but Kommandostore is making repro p83 chest rigs for about the same as authentic surplus kits. As well, they reverse engineered nutria brown so the color properly matches.
3

Report abuse
James B. 23.07.2021 (Edited 27.07.2021)
This is, of course, an '80s version of the British 1942 Battle Jerkin, first used in action on Operation Overlord. This, the original combat vest also had two large rear small pack pockets, side water bottle and front ammunition pouches. It also came in a chocolate brown colour, and some in light khaki were made. Possibly the Rhodesians copied it too. However, one original military invention we, the good guys, can thank the Saaf Efricans for is the Mine Protected Vehicle.
1

Report abuse
James B. 24.07.2021
Also see:- the combat vests used by Egyptian Army assault troops for the crossing of the Suez Canal in the 1973 Yom Kippur war.
0