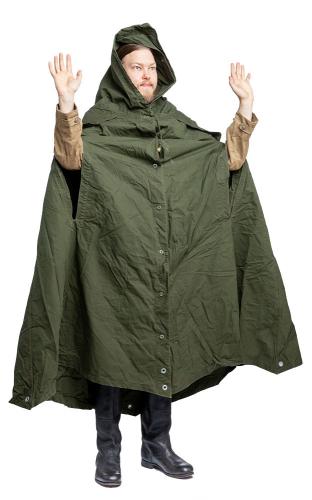 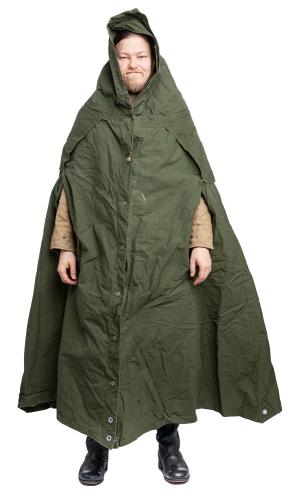 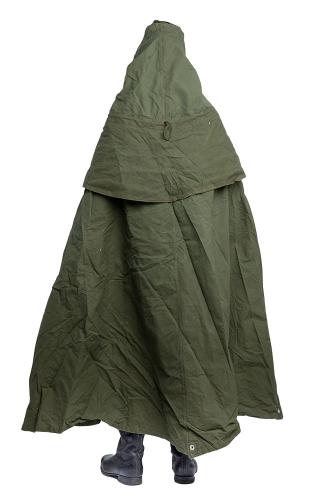 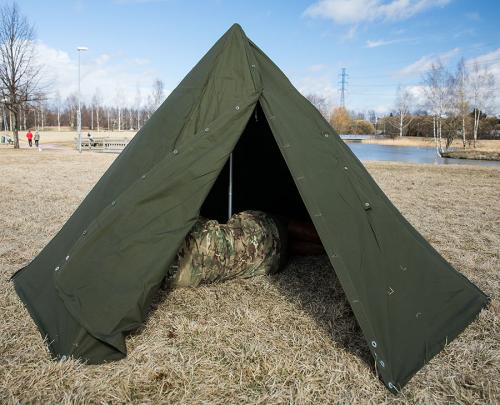 Half of a Polish two-man tent, or one-man cape. If you often find yourself traveling to Mount Doom or something, you need one. A one-off lot of singular shelter halves! 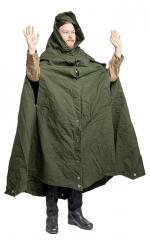 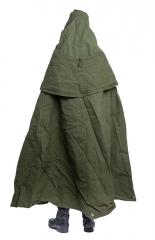 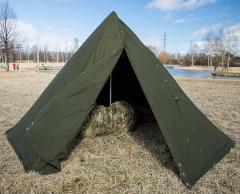 Half of a Polish two-man tent, or one-man cape. If you often find yourself traveling to Mount Doom or something, you need one. A one-off lot of singular shelter halves!

Alone one half can be used for a number of camouflage and protective purposes. When worn as a cape this has that East Bloc fairy tale look to it. But such a canvas cape isn't actually half bad, as it offers warmth and protection from wind and rain. It also has a hood.

One fabric can be packed about to a size of a 1,5 l milk carton if done well.

You could also sew the two halves permanently together for more rigid construction. This would of course omit the use as a cape.

Old Polish army stuff, but in OK general condition. Of course, we didn't check each and every button from every cape, but an adventurer like you should have no trouble with sewing one or two on if the need arises.

A note on sizes: YES, they made these in three different sizes. We will not pick. These physically are some 5 cm bigger per size. Moreover, the largest size is virtually non-existent and the second-largest pretty rare too. Of course for the photo, we got the second largest one.

Ordered two halves to make a lavvu. Came very decent condition. Both came size medium (with two grommets at the bottom). Waterproofed it with wax/parafine blend and got zippers sewn on. Since I hate that one center pole I made a bipod so I could have much more space to manuever inside. Now it's a great setup.
5

Ordered two halves.
Both arrived in prestine condition, one of them even had the tag still attached to it (made in 1973).
Good material, perfect thickness. Good color, ranger green, accuratly rendered on the pictures.
Can't wait to get to using them.
2

Got two size 1's in new condition, tags still attached. I recommend putting small tie-outs on the grommets so you can get a bit more fabric room and some ventillation going. Pretty roomy even with the center pole and in the size 1.
1