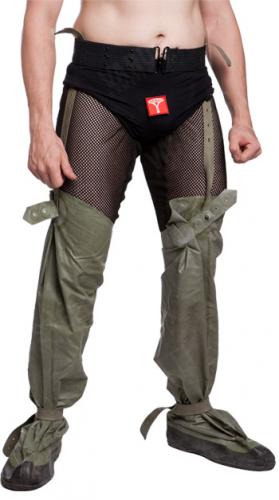 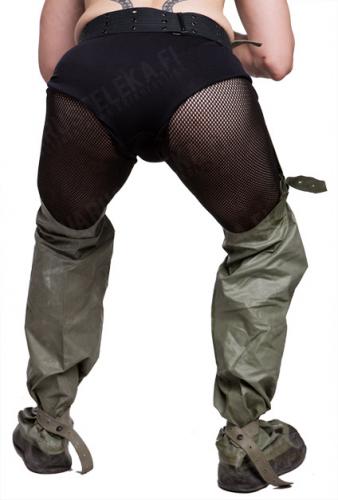 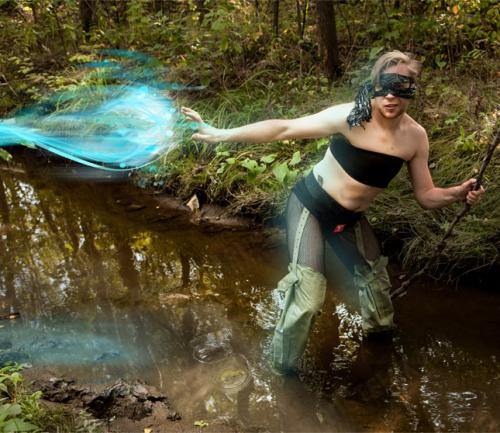 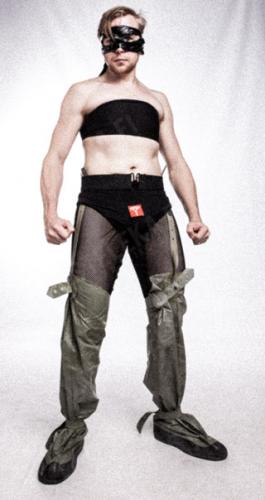 Not only good for fishing, but the Polish rubber waders will also help many a customer service person to wade through the shit they go through every day, for example. For such a multi-purpose item one could easily come up with other uses as well. 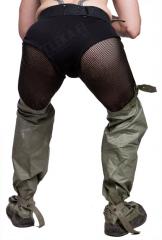 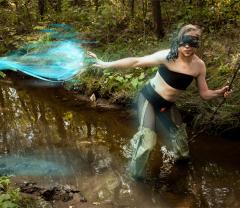 Not only good for fishing, but the Polish rubber waders will also help many a customer service person to wade through the shit they go through every day, for example. For such a multi-purpose item one could easily come up with other uses as well.

Certifiably waterproof, and the soles are made of thicker and harder rubber. These are just pulled on and fastened around the legs with the provided straps.

These come from the cold war era. The standard Finnish infantry practice to survive an atomic bomb strike is to dig a foxhole and cover it with your rain poncho. You may only come out when commanded to, and after that, you need to brush away all the atoms from your clothing and the rain poncho with fir branches. Poland was part of the - aptly named - Warsaw pact - and thus considered that in a serious case of World War III the best defense would be to swarm the West with human waves. As such, and since the conflict was planned to be started by throwing enormous numbers of tactical nukes around, they would not have time to dig foxholes. The plan was to wear rubber - so much rubber, that no atoms could not get beneath your clothing.

The colour is the traditional industrial waste green, which sort of tries to be green but isn't quite.

Weight is about one kilo and stacks pretty small.

Used. We tried to go through these with a Polish Geiger counter just in case, but it didn't work. However, as far as we know, there was no World War III, so these are unlikely to be contaminated by atoms.

Pro-Tip: some might find these useful for crossing small streams. Just don these instead of taking your boots off! See the extra picture for reference for what we mean.

Dusty, rubbery, smell like rubber. Combloc classic. They are long, probably need a quick wipe down with a wet rag, and kinda goofy. Each of mine came in a slightly different color, but who cares. I will give an update once I get to try them in the marshy soil where I live.
6