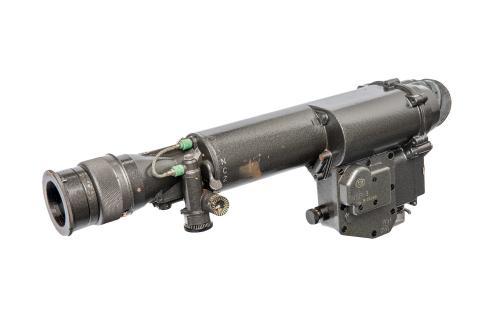 This is one helluva tuba. 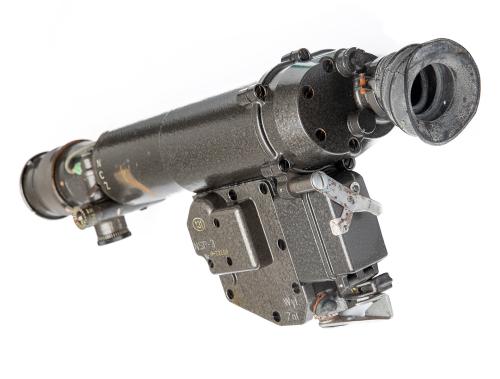 The battery is NOT included. 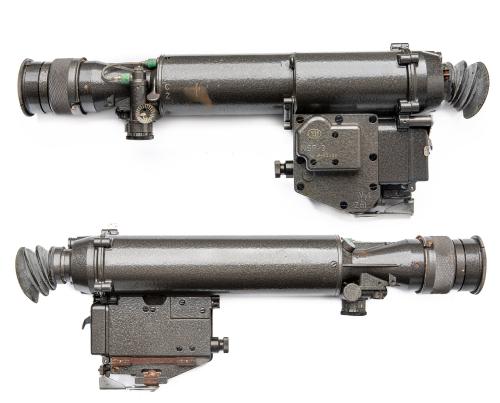 The sights have been more or les used. 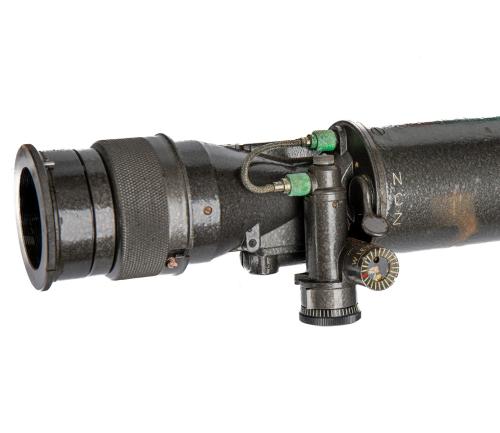 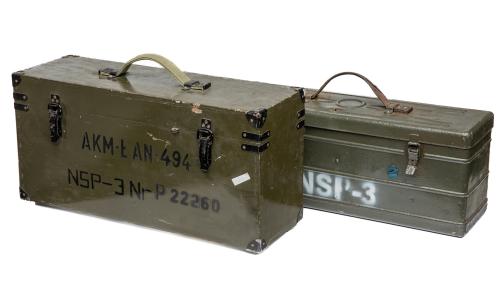 The scope comes in either a wooden or metal box. 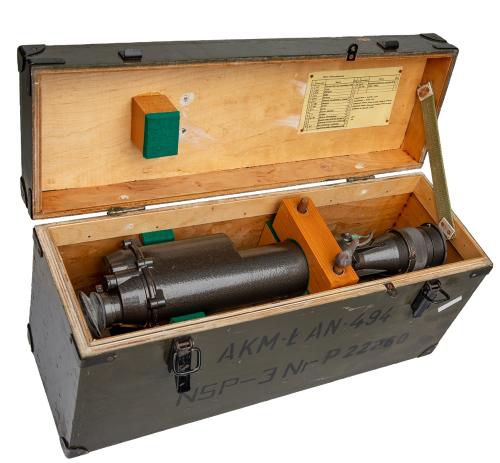 You will for sure get a scope and a box. The rest of the accessories might or might not be there. Take them as a possible bonus. The battery is never included.
Poland

This Polish Gen 1 night vision device attaches to the side rail of eastern bloc guns, such as the AK-47. It almost doubles the weight of your gun and shows the nightly world as it truly is in your worst nightmares. Who wouldn’t want such a magnificent beast from the east? 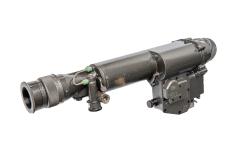 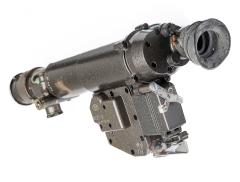 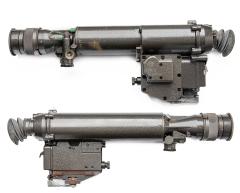 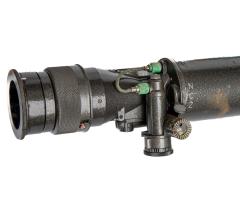 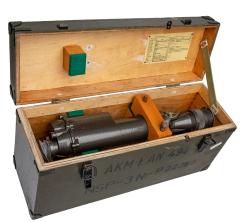 This Polish Gen 1 night vision device attaches to the side rail of eastern bloc guns, such as the AK-47. It almost doubles the weight of your gun and shows the nightly world as it truly is in your worst nightmares. Who wouldn’t want such a magnificent beast from the east?

You can recognize a classic from the fact that it is copied a lot. The Hungarian version of this is NSzP-3 and the Soviet one 1PN34 (NSPU), but the Soviet scope is a bit more advanced. Some of the boxes have a stamp that tells that those particular scopes are meant for AKM assault rifles. The others don’t have this marking but they all work with guns that have a side rail, such as the AK family and Dragunov.

The scope comes with a heavy-duty storage case that is either made from wood or steel. Originally the box also included a canvas carrying pouch, a sturdy battery case, and a battery, as well as a spare part pouch with e.g. a spare lens and rubber eyepiece plus various manuals and documents in Polish. However, since this is military surplus, these additional bits aren’t necessarily included, or only some are. The box and the scope you will always get but take anything else as an early Christmas present from us.

One thing is certain though, there isn’t a single battery in any of these. Probably because they were old and can leak some toxic goo. People have been known to craft working batteries from modern materials though. The internet is your friend in this one.

The gen 1 night vision devices came into use around the time of the Vietnam War. The image quality is utter crap if you are used to modern fancy la-di-da image intensifiers. Very blurry around the edges and only sharp in the middle. However, it will create that lovely post-nuclear holocaust Stalker world for you.

Note! Don’t ever use these in daytime conditions. And really don't stare at the sun with these. That can be very unhealthy.

Used Polish military surplus. This batch includes scopes from different decades and their condition varies from excellent to OK. The paint on metal boxes can be a bit chipped and the metal underneath rusted. The wooden ones can have dents, scratches, and such. The scopes look quite nice for their age but they can also have small scratches and other signs of use. Too pristine ones would just be suspicious.

But do they work?

Well... the answer is a strong "sort of ". We haven’t tested these but they should work, and here comes the disclaimer: by saying they 'should work', we mean the thing turns on and gives you some kind of an image. From there on, no guarantees about anything. Because these are old, we cannot guarantee that they will work forever. But if they don’t work when you get them (after installing a working battery), please contact us and we’ll work from there.