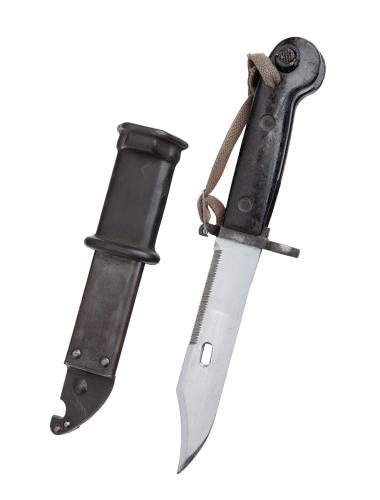 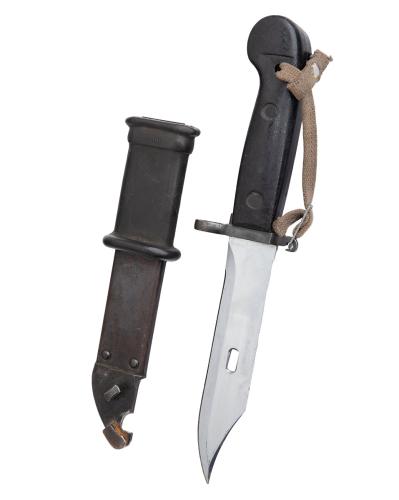 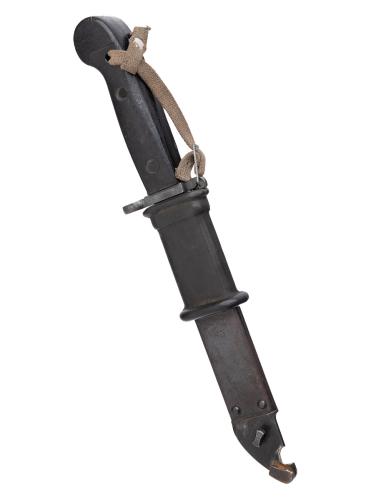 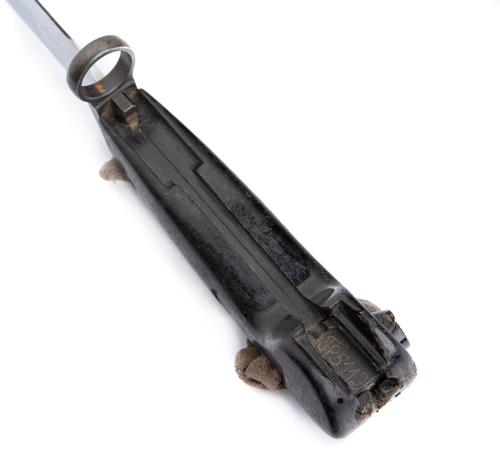 Götz has inscribed a secret message for you on the handle. 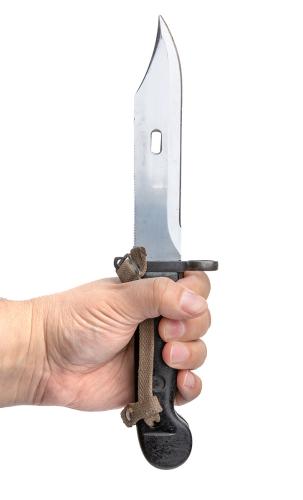 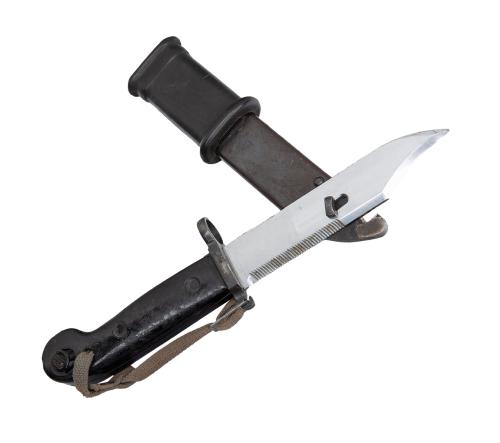 The rubber sock gives you a better grip as you painstakingly cut your way through barbed wire.
DDR

A combat knife-shaped AKM bayonet from the mythical homeland of snooping on your neighbor, the German “Democratic” Republic, otherwise known as East Germany. This violent looking piece of hardware is not only for pestering your fellow man. It can also be used for relaxing hobby crafts when the hobby is barbed wire, and the craft is cutting it. These are getting rare, so you should seize the moment now. 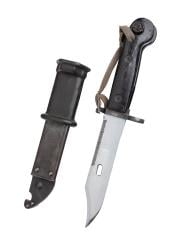 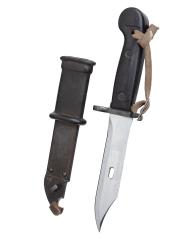 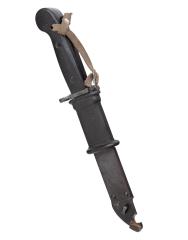 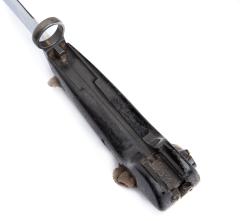 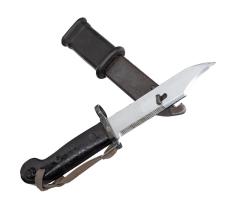 A combat knife-shaped AKM bayonet from the mythical homeland of snooping on your neighbor, the German “Democratic” Republic, otherwise known as East Germany. This violent looking piece of hardware is not only for pestering your fellow man. It can also be used for relaxing hobby crafts when the hobby is barbed wire, and the craft is cutting it. These are getting rare, so you should seize the moment now.

Originally, bayonets were made long so that they could effectively double as spears. A sharp piece of metal attached to the muzzle of a musket enabled firearm-armed infantry to hold their ground against cavalry charges and fight as heavy infantry. After cavalry became obsolete on the battlefield, long bayonets were still in favor as a soldier with a long one had an advantage over the less endowed enemy combatant. Even though it’s not the size but how you use it. World War I taught that a long bayonet might not be the best thing to have in a tight, cavernous space, such as a trench or when charging through no-man's-land. This experience led to a change in design principles, and almost all subsequent bayonets after World War II have been of the knife bayonet kind. This NVA MPi-KM Modell 59, which the Nationale Volksarmee copied from the Soviets, is one such example.

This combat knife-shaped bayonet can be used for many things besides hurting other people. All in the name of hurting other people, of course. The blade's spine is partly serrated, and you can try to saw wood with it. The bayonet can be combined with the sheath to form wire cutters by attaching the nub on the sheath to the hole found on the blade. They interlock quite seamlessly and the result is surprisingly sturdy. We suspect this feature was not taught to the East German soldiers in case they'd develop a yearning for freedom while on guard duty and would try to go over the wall. There’s also a rubber sock on the metal sheath for a better grip and possibly for insulating the user from electric current. Even though the other handle is partly bakelite, we doubt it actually protects you, so don't go trying it out on live wires. The bayonet has an actual edge, as it’s meant to function as a utility and combat knife as well.

As mentioned, these are getting rarer. If you want one of these, now's the time to buy it. The next batch, if we get one, will cost twice the food stamps.

Used and stored for a long time but still in serviceable condition. These might have some storage grease, rust, and other stuff on them. The blade itself will likely be dull, but you can sharpen it. When you receive a permit for this from the Party, that is.

Non-matching Type I bayonet.
The scabbard is in good condition, though the inside has some rust.
Insulator has a tear.
Someone filled the (damaged) screws in with some sort of bonding material. I will have to replace the grips due to this.
This is only compatible with the original slant brake. Even though it will fit on my other (bayonet compatible) muzzle devices, it will not come off unless you unscrew the device due to the bayonet's design.
It was a good buy, as these will only continue to increase in price for no good reason.

I got mine last week and it was mint, the blade was fresh and still sharpened, no rust what so ever, the handle cord has no discolouration it’s flat grey, the only flaw is a couple scratches on the Bakelite. Amazing steal. Thanks verusteleka for always giving me fresh surp.
1