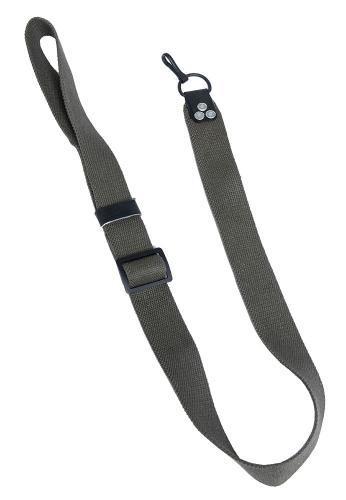 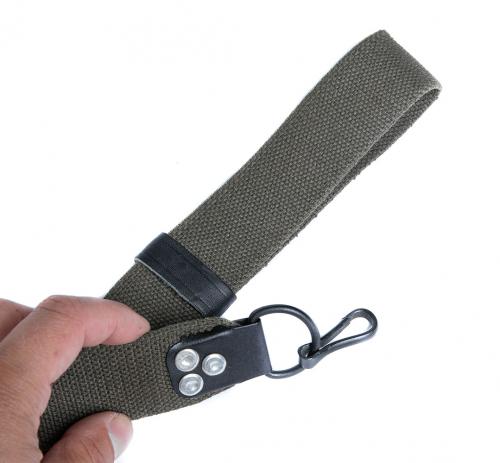 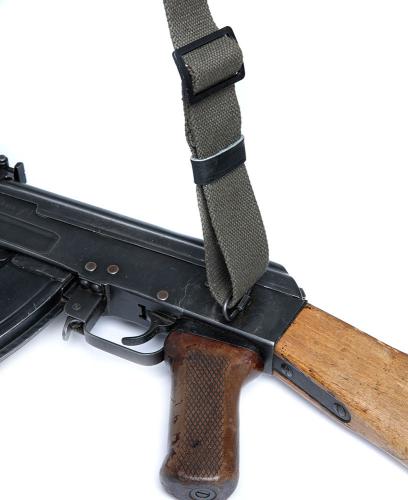 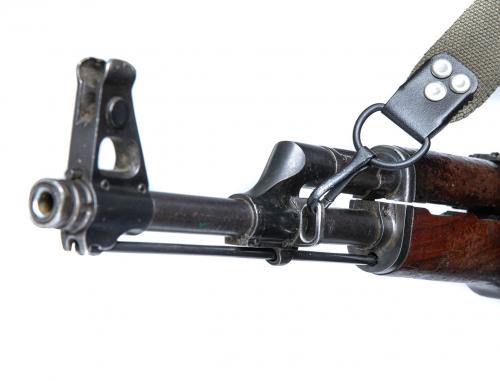 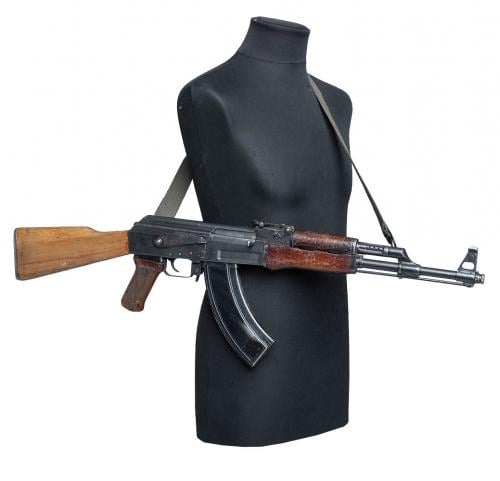 Simple and functional things are beautiful and quite often attempts to improve them have less than stellar results. The Germans on the progressive side of the Iron Curtain copied many things from the USSR and this rifle sling is one of them. 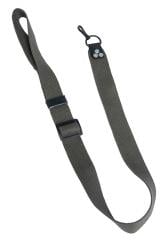 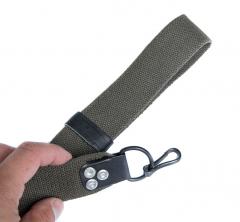 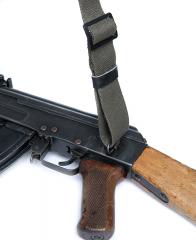 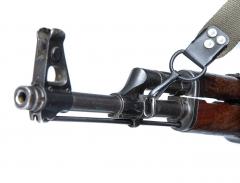 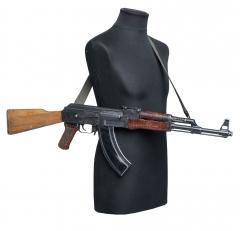 Simple and functional things are beautiful and quite often attempts to improve them have less than stellar results. The Germans on the progressive side of the Iron Curtain copied many things from the USSR and this rifle sling is one of them.

The East Germans did improve the sling just a little bit but left the design and functionality untouched. This is essentially the same as any old communist-made rifle sling, just a bit more refined in detail. German precision certainly did not vanish when the area was under the socialist boot.

That's not to say this sling is as fancy as commercial products in the West, not by a long shot. Just a bit less shitty than the gear issued to Russian soldiers at the time.

Fits all AK's and most other rifles

The sling is 30 mm / 1" wide canvas and can be weaved through many rear swivels and other attachment points found on rifle stocks.

Once the sling is through the rear swivel and adjustment slider, the hook clips to the front eyelet.

Following this principle, you can probably repurpose this as a carrying strap for your favorite bag.

Genuine Nationale Volksarmee surplus from DDR. Manufactured personally by Honecker, probably. Stored for a long time so these are not quite as new, but in a very good condition anyway.

We often suggest to clean and maintain surplus items before use. In this case, however, it's better to tumble the sling in an ashtray and pee on it a little bit to get that proper sense of camaraderie going.

Friend of mine says it's actually Polish, but who am I to weep. It's still a proper AK sling to me.
1

Like new, a classic sturdy AK sling. However it is a Bulgarian sling, East German slings are more similar to the Soviet ones and are in varying shades of bluish gray. If you aren't fussed and just want an AK sling you can't go wrong.
1