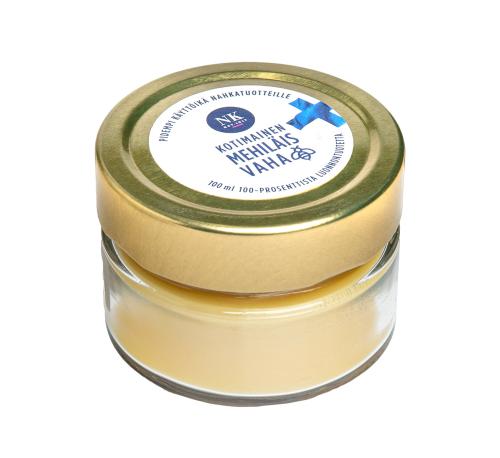 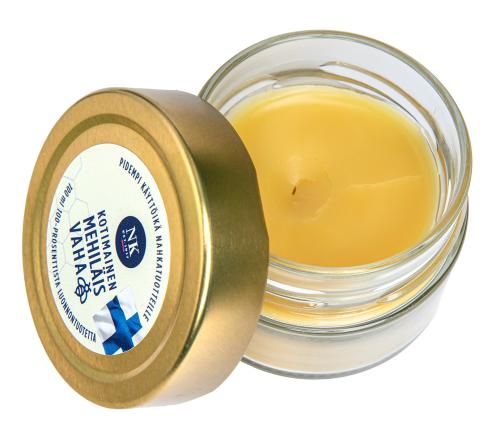 Proper stiff beeswax grease made in Finland. Good stuff for boots and all leatherware in general. Doesn't contain suspicious stuff, made of 100 % natural ingredients in Finland! 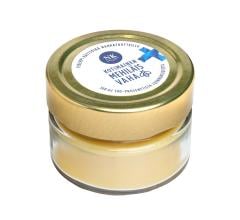 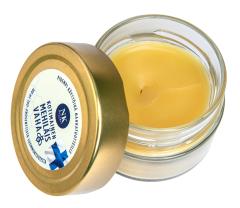 Proper stiff beeswax grease made in Finland. Good stuff for boots and all leatherware in general. Doesn't contain suspicious stuff, made of 100 % natural ingredients in Finland!

Apply with your fingers, rag or brush. Let soak in preferably overnight and wipe excess off. Apply a second layer if it looks like the boots crave for some more. Remember the little crevice between the sole and the upper, this is one of the first places where water will try to seep in. You can also heat the grease up a bit to make it more supple.

This is stiff, which means it won't soften the leather much.

Contains beeswax and vegetable oils and that's it. The mixture ratio is of course secret.

Comes in a pretty little 100 ml jar, which is useful for other stuff when the contents are used up.

How often to apply

A rule of thumb in boot care is that it's difficult to treat your boots too much or too often. The need for maintenance depends on the boots themselves, conditions where they're used and the amount of use. The more and harder you use them, the more you should care for them. For example if you use a pair of good ol' leather boots every second day in urban use during the cold and wet season of the year, it's not too much to treat them twice a month. If you use them for even a day trip in a wet forest, you should treat them once they're dried enough.

Not for GTX footwear

Although any leather likes grease, might the membrane under it disagree; this will probably block the membrane, making your boots as breathable as a plastic bag. Intended for regular leather footwear & leatherware only.

Well, if you want to make your boots all smooth and waxy, go for it. But the official term is "this will ruin your boots!". It will NOT ruin them per se, only radically change the appearance and breathability properties, and again the leather likes the grease. In the old days soldiers were issued so called 'roughout boots' which came all nubucky-like from the factory. They were then liberally treated with grease or wax until the surface was smoothed out, then polished and whatever.

In theory this stuff is colourless, but will darken the leather. The more porous and/or dry the surface is, the more this will darken it. Think of what water does to the appearnce of your boots.

Manufactured by Nahkakunta Ltd., which is a big name in cobblerware in Finland.