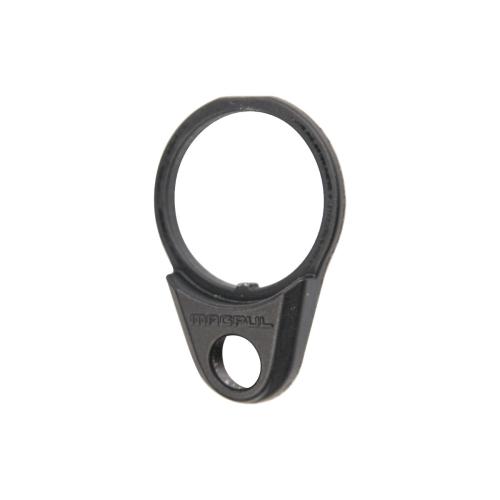 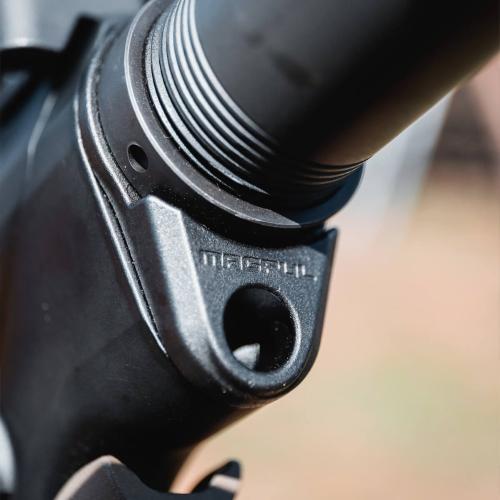 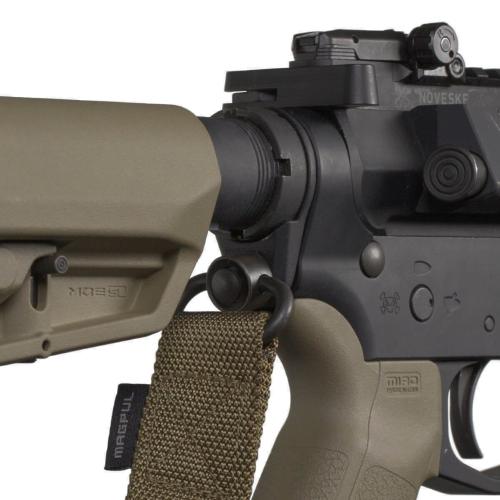 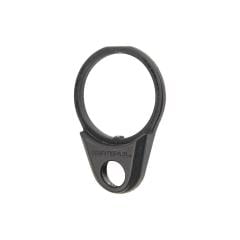 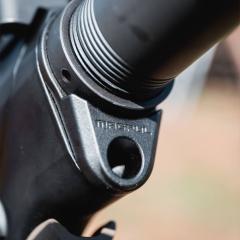 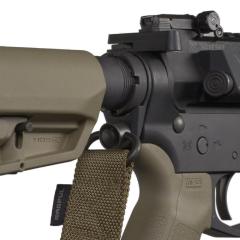 The ASAP QD replaces the standard AR15/M4 carbine stock receiver end plate, providing a tactical advantage by minimizing sling snagging and facilitating easy transition to and from weapon and reaction side shoulders. Works with one-point slings with a push-button QD sling swivel.

Made from precision-cast steel with a Melonite finish. Compatible with both Mil-Spec and Commercial carbine receiver extensions (buffer tubes).

The ASAP QD is NOT compatible with A1/A2 fixed stocks as well as any other similarly mounted stock such as the Magpul PRS, UBR, and MOE Rifle Stocks.