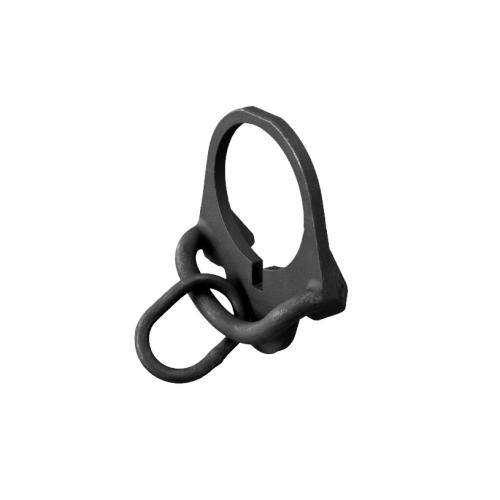 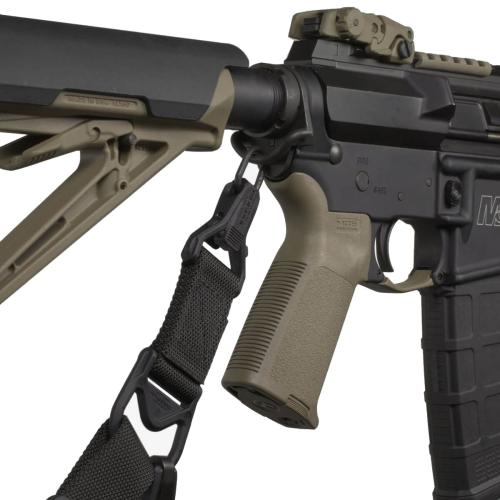 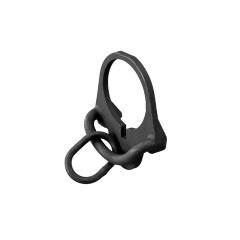 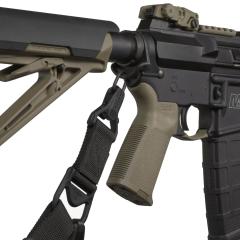 The ASAP replaces the standard AR15/M4 carbine stock receiver end plate, providing a tactical advantage by minimizing sling snagging and facilitating easy transition to and from weapon and reaction side shoulders. Accepts snap hook style attachments such as HK hooks, MASH hooks, and the Magpul Paraclip.

Made from black manganese phosphatized steel, The ASAP is a durable welded-link ring that is compatible with both Mil-Spec and Commercial carbine receiver extensions (buffer tubes). The ASAP has been stress-tested and withstands over 136 kg / 300 lbs of pull weight.

The ASAP is NOT compatible with A1/A2 fixed stocks as well as any other similarly mounted stock such as the Magpul PRS, UBR, and MOE Rifle Stocks.