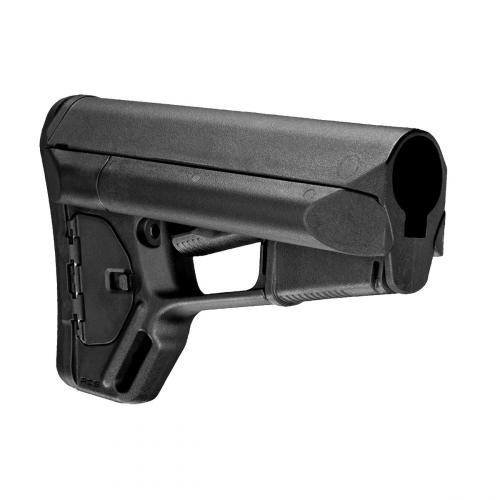 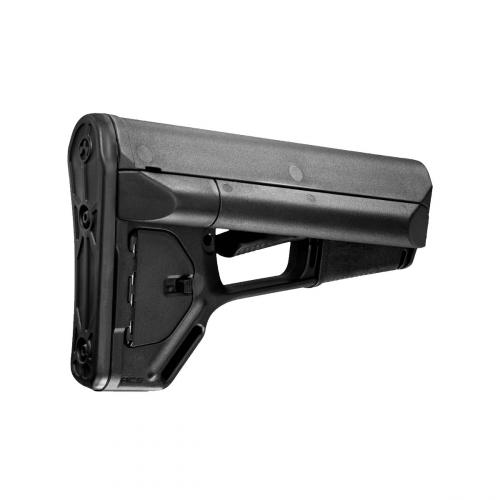 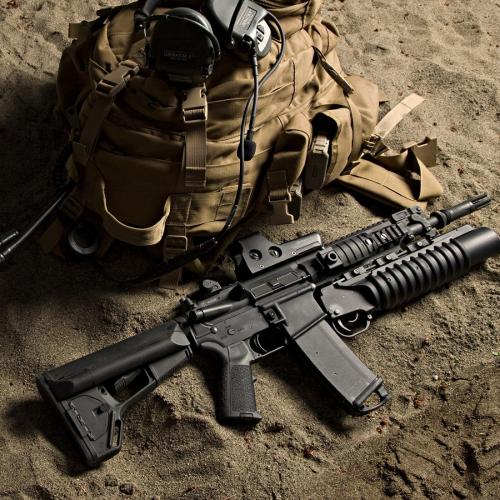 The Magpul ACS (Adaptable Carbine/Storage) - Mil-Spec is an enhanced replacement telescoping stock for AR-15 / M4 carbines using Mil-Spec sized receiver extension tubes. This model has a "Restricted" friction lock, not unlike the CTR/STR stocks, water-resistant storage tubes, and an extra storage compartment in the butt of the stock. 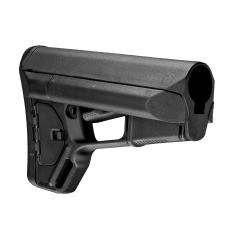 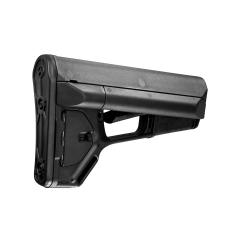 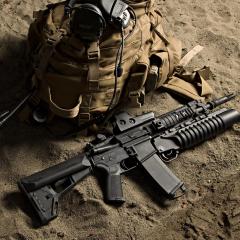 The Magpul ACS (Adaptable Carbine/Storage) - Mil-Spec is an enhanced replacement telescoping stock for AR-15 / M4 carbines using Mil-Spec sized receiver extension tubes. This model has a "Restricted" friction lock, not unlike the CTR/STR stocks, water-resistant storage tubes, and an extra storage compartment in the butt of the stock.

Each storage tube will store up to three (3) CR123A lithium or two (2) AA batteries. Tubes are accessible from the rear in any stock position via hand-removable rubber plugs. The plugs are tethered to prevent Marines from eating them.

The ACS also features an anti-snag release latch to prevent accidental activation along with a supplemental friction lock system that minimizes excessive stock movement for enhanced weapon stability and accuracy.

The ACS comes standard with a 0.30" thick rubber butt-pad which provides positive shoulder purchase to prevent slippage even with body armor or modular gear.