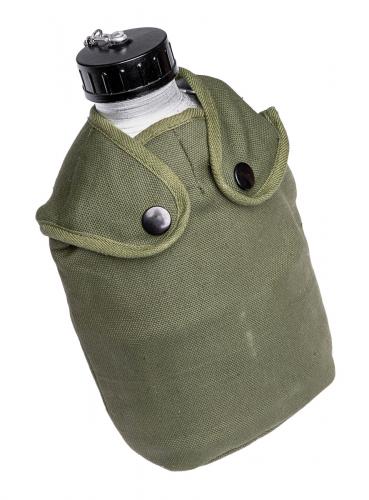 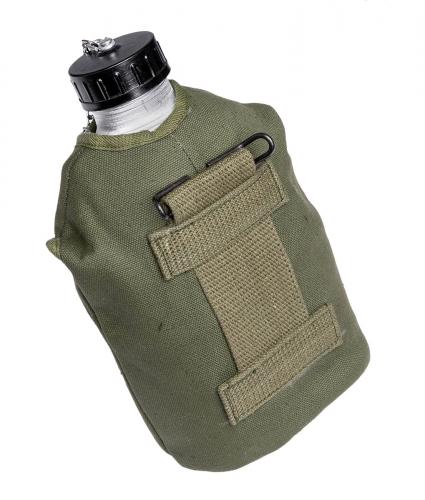 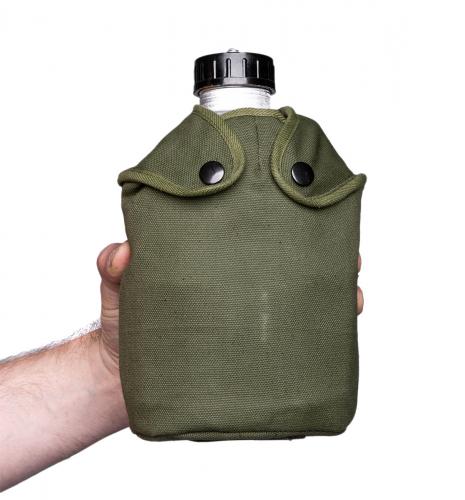 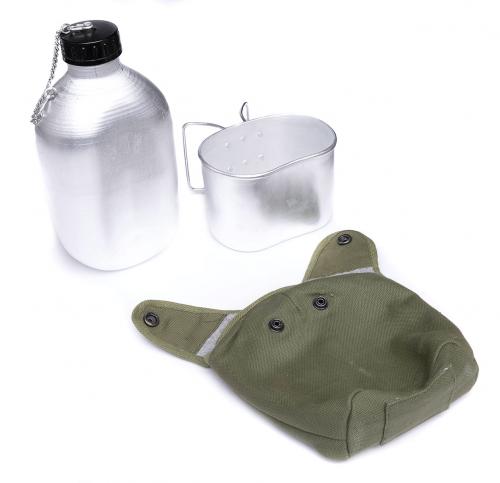 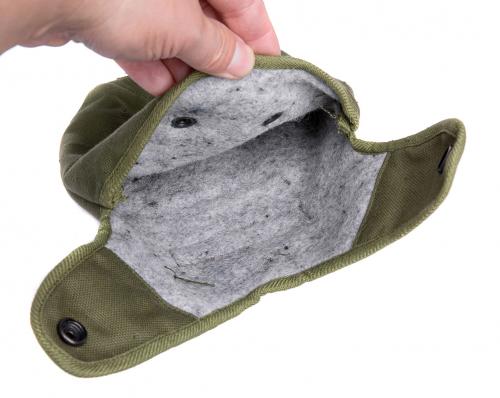 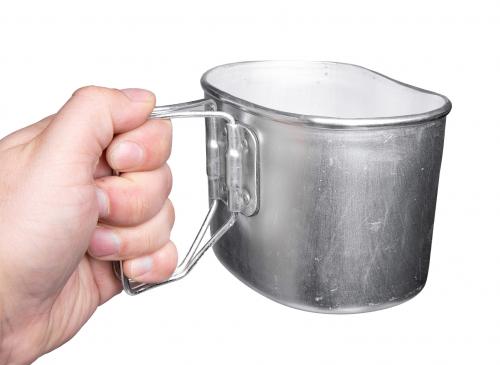 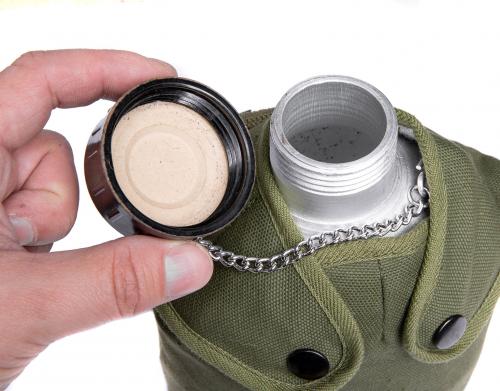 After WWII, the French copied US ideas when designing their military gear. Thus also these Modele 47 canteens resemble the American M-1910 canteen, but they are somewhat bigger than the original. We have been selling used ones but now we managed to get hold of a small batch of unissued canteens. These might be the only ones, so act fast. 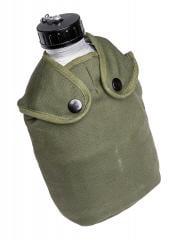 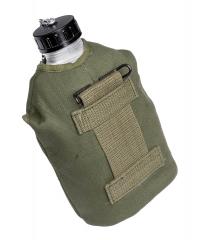 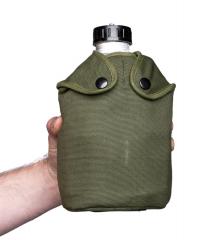 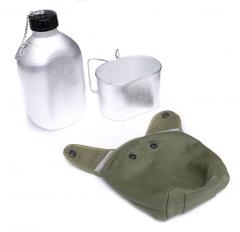 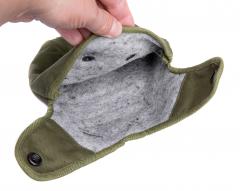 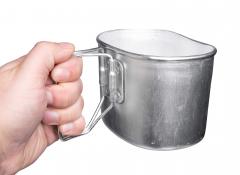 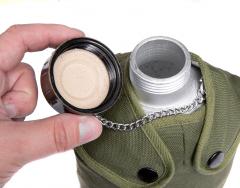 After WWII, the French copied US ideas when designing their military gear. Thus also these Modele 47 canteens resemble the American M-1910 canteen, but they are somewhat bigger than the original. We have been selling used ones but now we managed to get hold of a small batch of unissued canteens. These might be the only ones, so act fast.

This model has seen action in all sorts of African quarrels and the Vietnam War. Bulky and a bit heavy but still this French contraption is a quite nice canteen. The total volume of the bottle is almost 1.5 liters, so it is bigger than most others. You don’t need to be filling it that often, although filling is easy thanks to the large opening.

The cap is made of bakelite or plastic. Just like the US ones, the carrying pouch fits both the canteen and the cup. These have both an M-1910 wire hanger and a belt loop that can handle most up to 5 cm (2”) belts.

These are unissued military surplus canteens, originally made for the armed forces of Mali. Because they haven’t yet seen any water, they may contain some loose bits of the aluminum inside. We recommend a thorough cleaning before use! Fortunately, the mouth is big enough for just about any brush-like thing, so wash and scrub well before drinking from these. The carrying pouch may have some warehouse dust but that is easy to remove.

A very qualified recommendation for this canteen and not cared if it was the real military surplus deal or a WW II re-enactor who wanted to look the part. I would rate the holding capacity at just under 1.4 liters. A plus if you want to carry extra water with you, but not an extra canteen. I was very disappointed that there were no marking on it indicate that it was a military issued item. A case could be made that Varusteleka has made a false claim in labeling this canteen as being military surplus item. To call this a "French M47" and that it is "military surplus" is deceptive, as there is no way to prove that said item is what it is said to be. No date (year) of manufacture. no marking showing country of origin/ issue. Given how new it is, it could have been made in China last year. Also why would the French contract South Korea to supply them with military gear, given how proud and nationalistic the French can be about all things French?
I would NOT recommend this canteen for those want a authentic military surplus item.

Massive, O.G. canteen. Sturdy but a bit heavy. If you’re looking for a canteen to use while on foot over long distances, there are more pratical, modern options in lighter materials. But if you just want a badass canteen then this beast has you covered. The threading on the spout is a little sharp for a drinking vessel but not dangerously so.
0