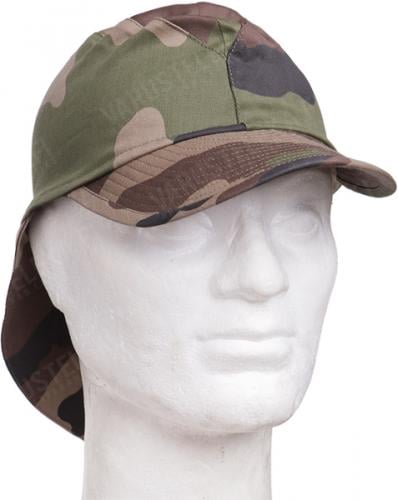 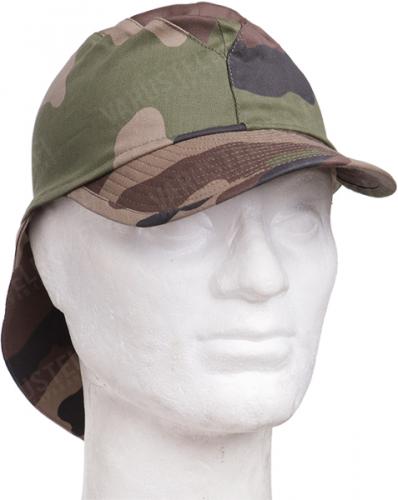 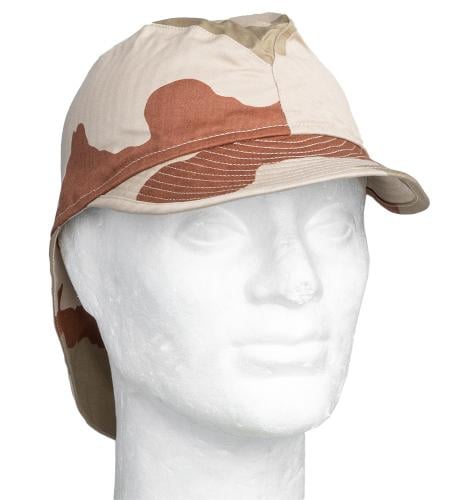 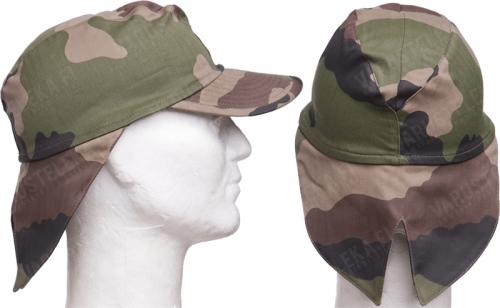 The swallowtail can be hidden or just cut off. 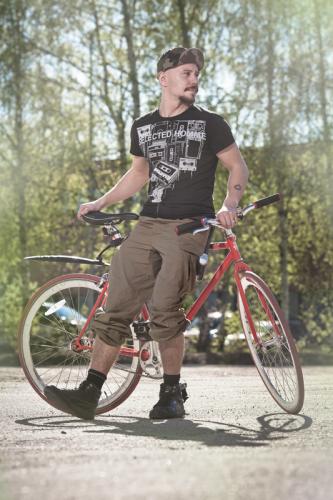 Sometimes we get these without the neckflap. These are sold separately.
France

The beloved Bigeard, one of history's coolest military headpieces ever made with the two-prong "swallowtail" protecting the neck. Made in France! 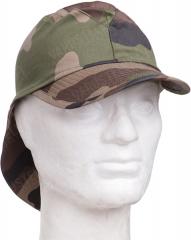 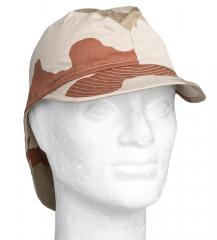 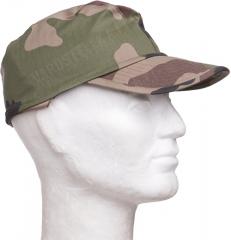 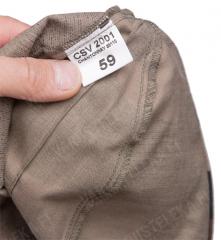 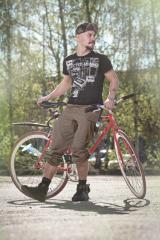 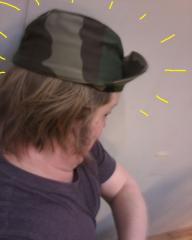 The beloved Bigeard, one of history's coolest military headpieces ever made with the two-prong "swallowtail" protecting the neck. Made in France!

Known as the Bigeard in France, after it's creator Marcel Bigeard, an officer in the (among others) the war in Indochina. Since then many armies have copied the design, known as the "swallowtail cap" in English or "Kiko" in Portuguese. From it's roots in Indochina the Bigeard has moved far and wide, the style was one of the most copied designs in the many little wars that tore through Africa in the late 1900's.

Sometimes we get these without the neck flap. These are always sold separately.

Pro-Tip: Apart from being quite a cool design, the cut is also quite simple. If you're into DIY and sewing, cut one of these apart, use the pieces as templates and recreate this legendary piece in your own favourite colour or camo pattern!

Sized according to head circumference in centimetres or inches. For a classic Portuguese playfool look, choose one size smaller than you usually wear, or if you want to look more serious, just pick our correct size.

Unissued military surplus, in perfect condition. Most of these are made during this millennium.

Very cool. Being all cloth fits anywere. BE CAREFULL WITH THE SIZE! I use another MIL-Tec whis is 58 and fits me well, this one I bought the 59 based on the särmä field cap and its tiny, so tiny that I almost don´t use it. It´s REALLY small!! Update. I gave a chance to the new desert model size 60 and it does fit bit better. At least it’s wearable!
2

The neck flap didn't cover my neck, the cut almost feels to small, even though it does fit! It's a bit wierd, to be honest!
6

I bought one with and without tails. I waxed the one without tails to have a lightweight rain cap while I commute to and from work during the week. Love both of them for the look and versatility. Thanks.
8

Bigeard caps are always cool. I like that Varusteleka carries them in the French woodland pattern. It may be a good idea to get a size larger than what you usually wear, as the cap that I got is a just a bit tight on the side of my head.
12

Perfect for a total crazy look. But army Combat Gear not for good cool look. Usefullness is the ting. Will match my french Combat jacket. Just need a pair of pants in same Camilla.
8

My head size is 56, I ordered a 57 per the recommendations. The thing I received is so minuscule it's downright unuseable. Judging by the fit I would have had to order two or three sizes over my actual size for it to be useable. I ordered the model without a neck flap BTW.
5

Ivica C. 01.09.2020 (Edited 06.06.2021)
A couple of observations on models with flaps vs without flaps (these might be just differences between manufacturers, I haven't bothered to order multiples of the same model to get different manufacturer samples). The flap cap was made by Balsan (Sousse, Tunisia) in '98, while the non-flap cap was made by Socovet in '95. I have a 60cm head, and both caps were in size 59.

While the caps were below my size, they fit tight to the skull and ride high. I suppose the correct size would arrive precisely to the root of my ear, but one size below leaves a comfortable 1/3" gap for the temples of my glasses.
The visor comes sharply down over your eyes allowing you to look in the Sun's direction while shading your eyes and minimally obstructing your vision (particularly your peripheral vision).
The caps give you an isosceles trapezoid silhouette, so be aware how that fits your face shape (or your historical prejudices).
As the caps ride so high, the flap ends up covering just your hair and not really your neck (as a proper legionnaire's hat would).
Because the flap flares out below the rim of the cap, if you tuck it inside the cap you'll never achieve a neat appearance, as the edges will stick out. But you'll get some padding on the back of your head (useful if riding in an APC).

The flap version of the cap was unlined, with two layers of fabric used for the flap and the visor, making it light/flimsy and flexible.

So the lightness of the flap version will be appreciated on hot summer days, and it encourages a more playful wear of the cap.
While the fitted tailoring of the non-flap version makes you want to ram it tightly onto your head, pull the visor close to your nose and headbutt anybody who gives you a weird look (or a snide comment about French couture). Plus it will keep you cosy on colder days.