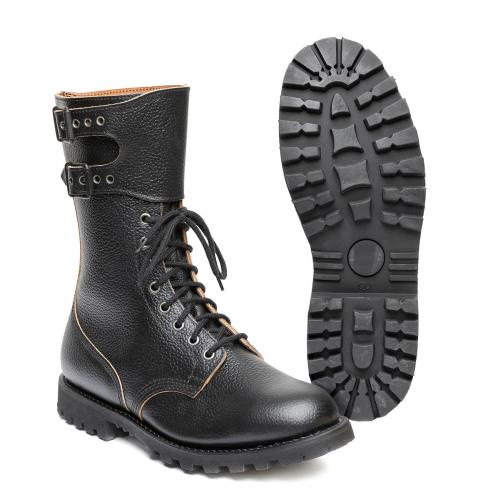 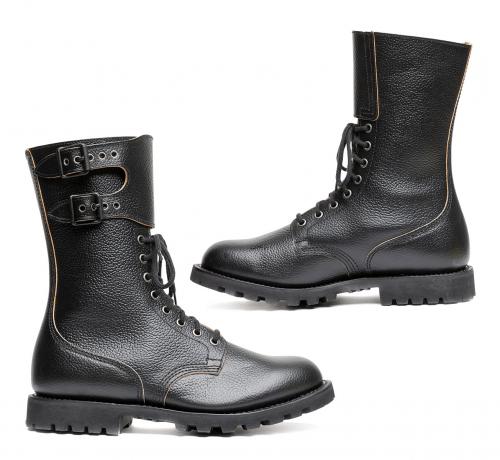 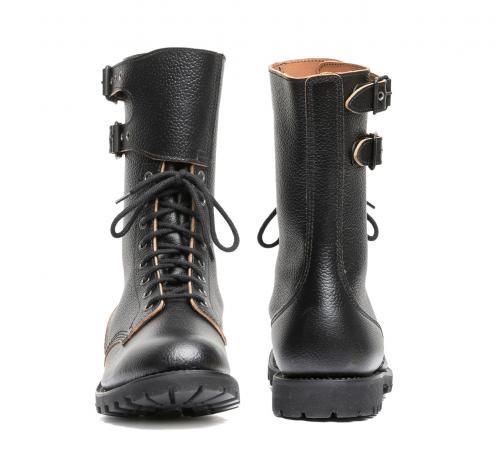 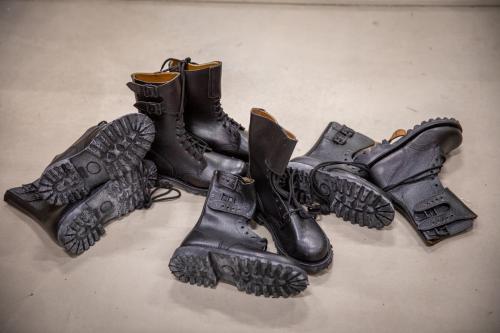 These are unissued but they can have warehouse dust and such. 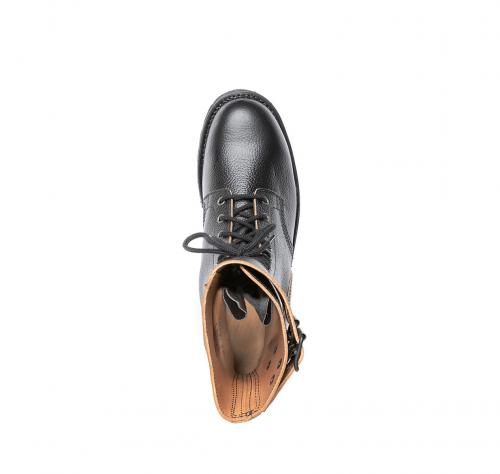 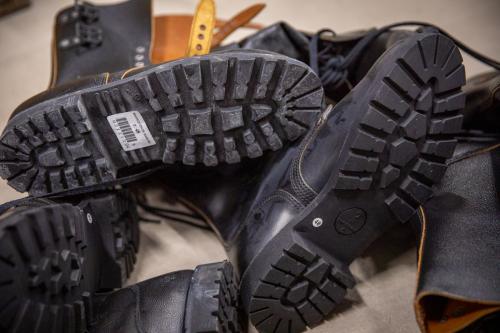 The sole pattern can vary a bit and the sole has gone a bit grey in the warehouse on some of these. 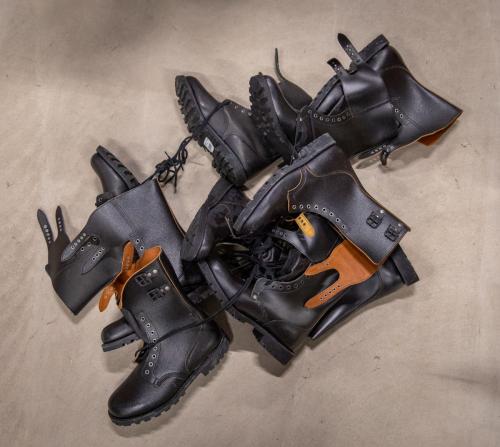 As you can see, these can vary slightly in details. 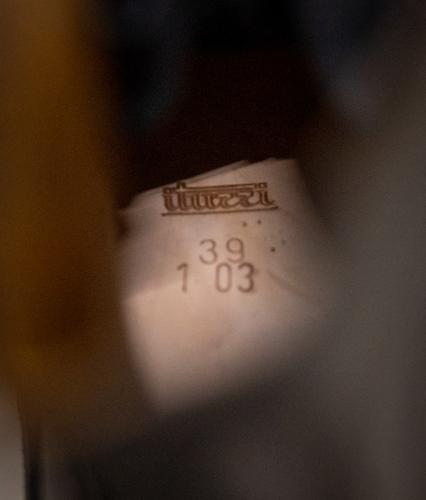 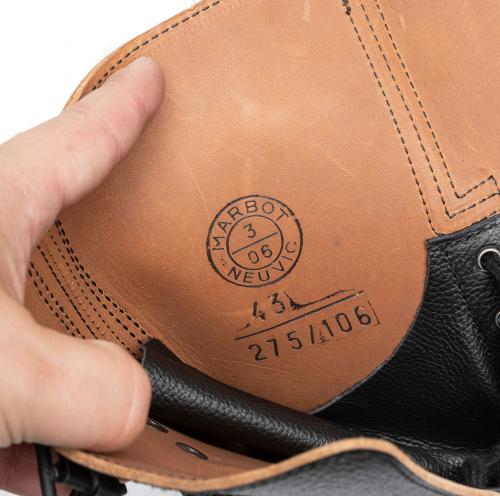 The inside is left undyed on some of these. 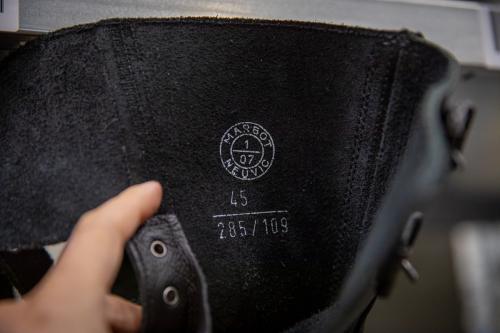 On some of these, the leather is dyed completely black. 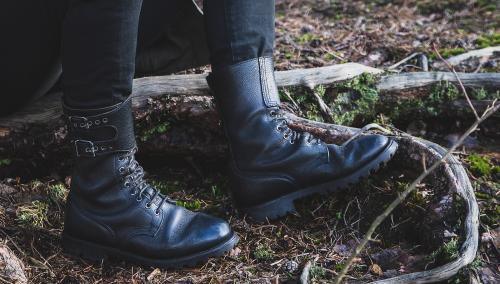 Sacre bleu! We managed to get a small batch of these stylish and above all authentic French double-buckle boots. French soldiers have been using this kind of boots from the ‘50s up until almost now. These aren’t some shady copies but the real deal, damn tough French military boots! Unissued and all. We got very few of these, so act fast! 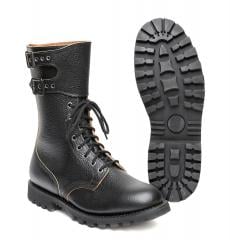 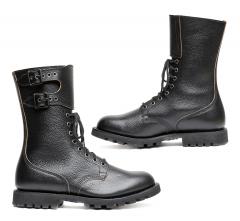 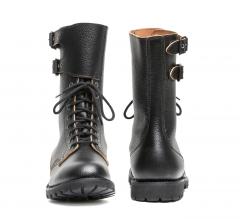 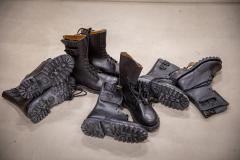 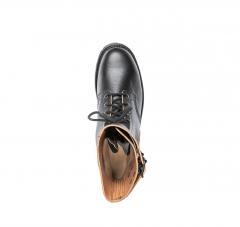 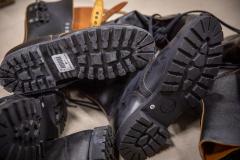 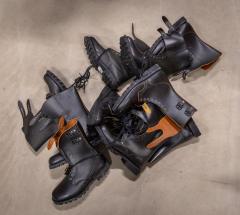 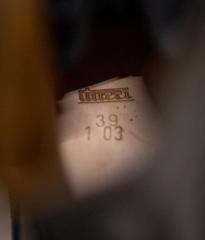 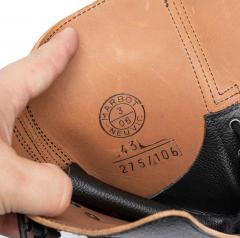 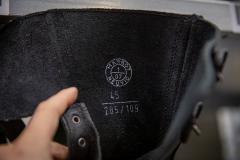 Sacre bleu! We managed to get a small batch of these stylish and above all authentic French double-buckle boots. French soldiers have been using this kind of boots from the ‘50s up until almost now. These aren’t some shady copies but the real deal, damn tough French military boots! Unissued and all. We got very few of these, so act fast!

Note that French people have made these boots for over half a century. These are very well made, and the money hasn’t been spent on some hitex membranes but on proper materials and good workmanship. A note about the leather: this is the kind of stuff that costs ridiculously much these days. Needless to say, it's also ridiculously high quality, worlds apart from the abominations usually sold in shady shoe stores.

The sole pattern can also vary a bit. These have a Goodyear welt construction, so the sole can be replaced. The leather upper is practically indestructible when you take care of it properly but the sole will eventually give up. Replaceable soles make your boots nearly immortal.

The sizes are in accordance with the usual Euro system and we have also included the "technically" matching US size. However, these French sizes are quite small so we recommend picking one size bigger than usually! This batch primarily has cave troll sizes, so the most common sizes will most likely go fast.

A bigger size is also better because you get more out of your boots with double socks. Merino wool socks are the best option so get those for example from us.

Unissued French military surplus. In plain English, it means that nobody has been marching or fighting any wars in these. There can of course be some warehouse dust and such on these. Some soles are shiny black, some have gotten a bit grey in the warehouse. You should get a pair of good insoles because those won’t necessarily come with the boots. And even if they do, modern insoles are better.

To increase the lifespan of your boots, we recommend reading this shoe and bootcare article.

US got this brilliant idea of combining ankle boots and gaiters during WWII. The end result was the combat service boot M-1943, named after the year when it was issued. Many countries, France included, copied this brilliant idea.

The oldest French double-buckle boot "Mle 52", was created exactly the same way. However, in the 60s French folks realized that there is a better way to do this. The new design was easier to manufacture, more comfortable, and more durable! After this the only major change has been switching from brown split leather to black top-grain leather somewhere in the 70s. After that these boots have remained more or less the same up until these days. However, nowadays these boots are unfortunately being replaced by more modern combat boots.

They're nice looking boots. Came to me brand new. I went by my usual size, 44. Except a 44 of these, is already quite roomy. So breaking them in would make the fit even worse over time. Sadly, a return for me.

Your own experience will vary.

Since there’s only one review, and it says that they’re oversized, I figure I should write that my experience did in fact vary from the first reviewer. The sizing up advice worked nicely for me.

I ordered a 48, which I have never worn before. I’m a 46.5 which means for most shoes I need to go up a smidge to 47. So I was a little worried that these would be too big.

The sizing up meant that I can fit orthotic insoles and double socks easily. They’re maybe a tiny bit longer than most 47s, but not would I expect for a full size larger than my usual (which is already rounded up a bit).

Quality is absolutely top notch, they’re quite comfortable and look great. I was mulling over buying a second pair but they sold out of that size before I made up my mind. Probably better for my marriage that they did… but you should definitely buy as many as you can!!