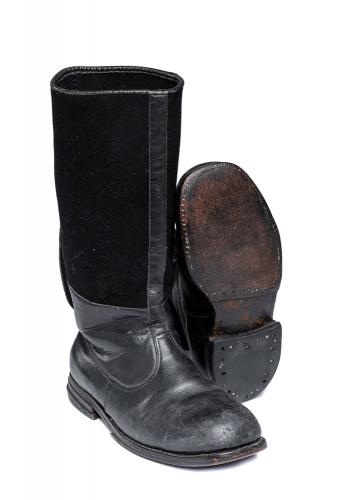 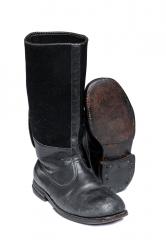 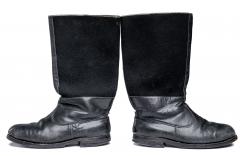 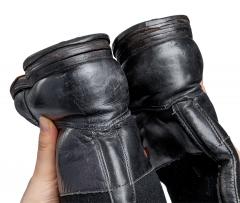 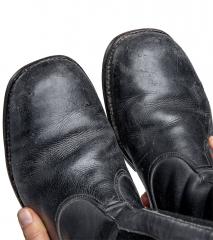 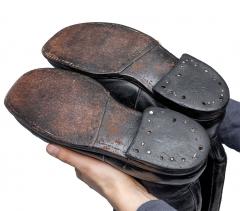 The Finnish army distributed felt boots like these to the troops during the war years and probaby a bit after too. Despite the lack of visible stamps these do look army issue boots and the general appearance feels like they're made during the Second World War.

Used, abused but the whole package is sort of intact. The other heel could use some repair if you'd like to walk in these. However we would not recommend such historical boots for real use.