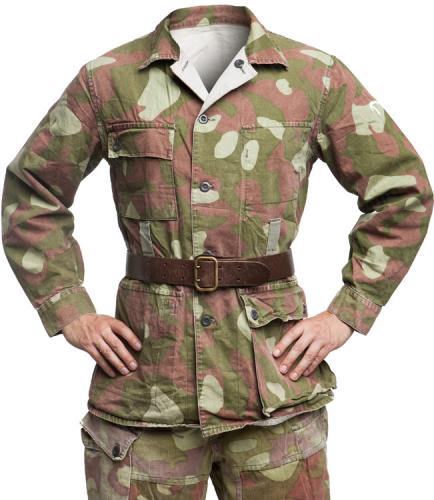 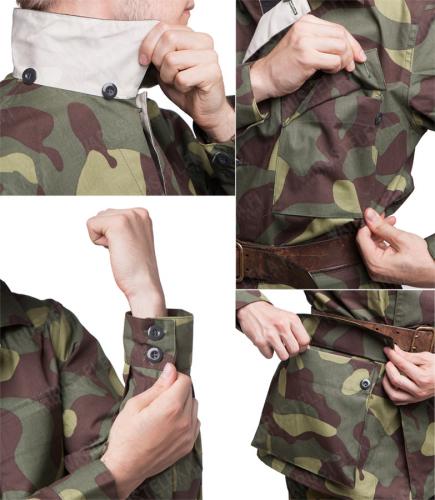 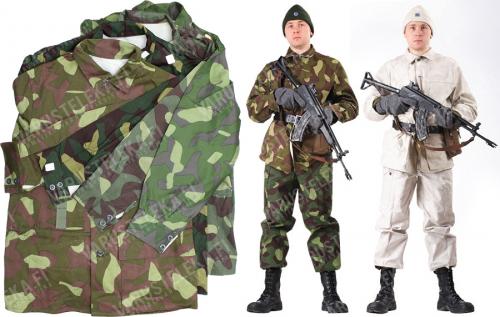 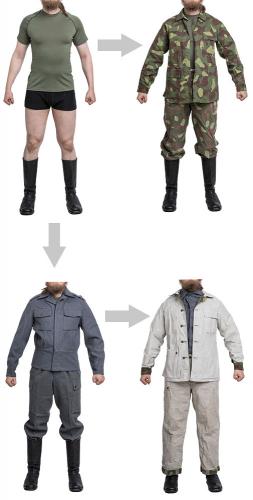 What possibilities! The combination of the reversible M62 camo uniform and wool uniform is the clothing equivalent of Vivaldi's Four Seasons! 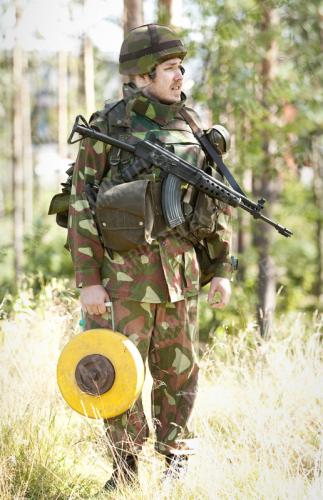 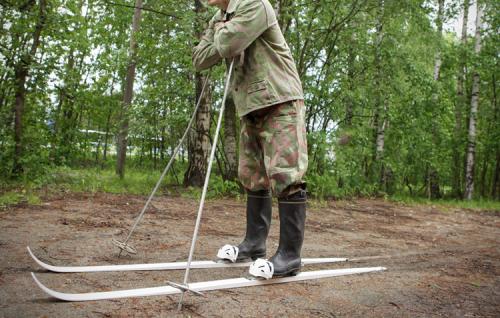 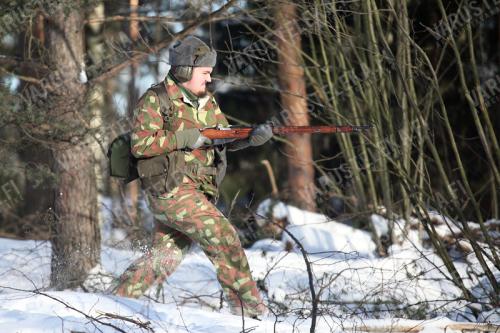 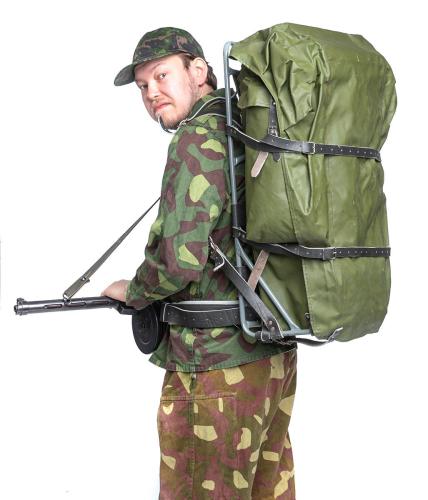 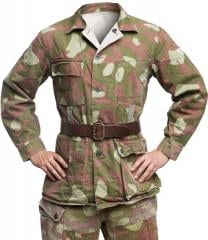 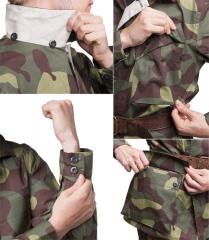 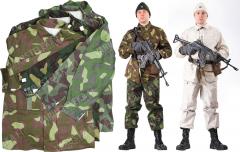 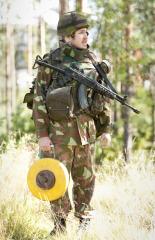 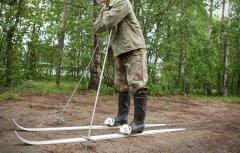 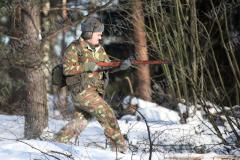 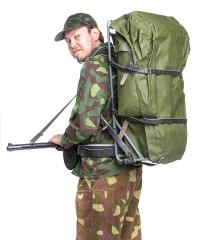 The leather belt and other extra kit pictured is not included with the jacket!

In '62, the Finnish army was surprisingly modern - on paper. We had reversible camouflage uniforms, proper assault rifles, and everything. The thing was, all the nice new kit was kept tightly locked, and just about everyone kept using World War 2 style stuff from uniforms to rifles until the late Cold War period when the formerly modern gear finally became a widespread issue. The huge stockpiles of unissued M/62 camouflage uniforms released into the market in the early 2000s are a grim reminder of how much they actually had stuff hoarded away. Meanwhile, the same old used uniforms circulated among the conscripts until you couldn't tell which one was the white side.

From the jacket you'll find four pockets (two on both sides), button closure, and sometimes belt loops. If worn open, the collar shows the other side a bit.

A word about the camouflage: the color shades vary like in the acid-infested art videos from the '60s, see the extra pictures - there can be even many different shades in the same garment! That's the way it goes, naturally, the army doesn't give a shit about issuing "matching" rags, and we don't either. Accept this fact when ordering. We will not pick the shades for you, sorry! You will probably have non-matching ones just like if you were a Finnish conscript.

Sizes in the standard euro system, and run quite large sideways. Don't be too picky, this will look like crap on you anyway, and compliments the black wellies normally worn with it rather nicely. We also got issued totally wrong sizes in the army, so it's only realistic not to care! Just make sure it's not too small and you're good to go.

These are mostly used and have already been broken in! The superior features and brilliant original shade variations are displayed with unissued uniforms.

this is a good solid crude army shirt very much like german ww2 camo. the condition of the shirts i got was very good. the material is much heavier than a regular military shirt and quite still for the price they are well worth it.
10

These are really good value for the money. I have two , both are obviously different years and materiels. One is sort of thinner cotton poplin, the other is heavy and almost canvas.

The newer one had a couple frays the size of a pen nib but nothing bad, very servicable. I use it as a paint smock and it will ultimately be a fabric donor for when the nicer jacket breaks down. My second jacket has had the cuffs replaced at some point, so theres a cool sort of pattern mismatch going on. Nothing is "wrong" with it at all except that somebody left a pen in the pocket and it bled through the white side. To fix this I stole a piece of materiel from the thinner jacket and patched over the stain, now I can hide in snowbanks again!

Came with a bonus dirty old earplug in the pocket! Very nice!!
81

This is a solid light coat/field shirt. The price is unbeatable. The one size currently available, Large 52, will comfortably fit an XL wearing, 72-inch (182cm) tall person, but with fewer layers underneath. The horrid woodland-reminiscent camo is contrasted well by the white innards and gives it a chic look at a far cheaper price than some hipster clothing shop would. You can wear this in public and mostly not be accused of looking like a militia-maniac. At this price, everyone should own one.

Edit: When I originally bought my jacket, the price was about $7 USD, and the price has doubled at present, so my old comments, while still somewhat true, are a little less so now. Also, my piece was a fairly recent product dated to 1991, so in better shape than perhaps something from 1970 would be. Still a great jacket that looks okay, just less of a thrifty buy now.

Bought two and both were in really good condition.
4