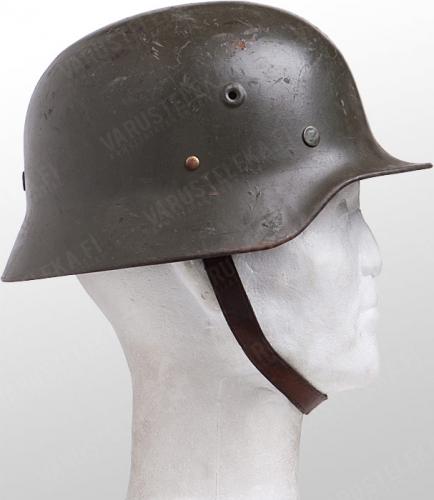 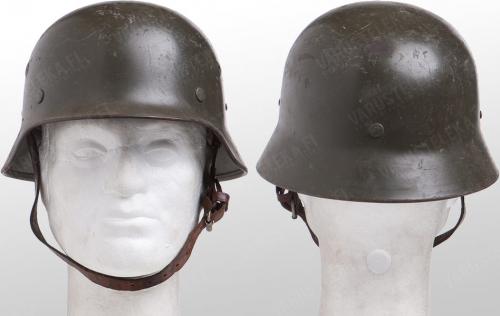 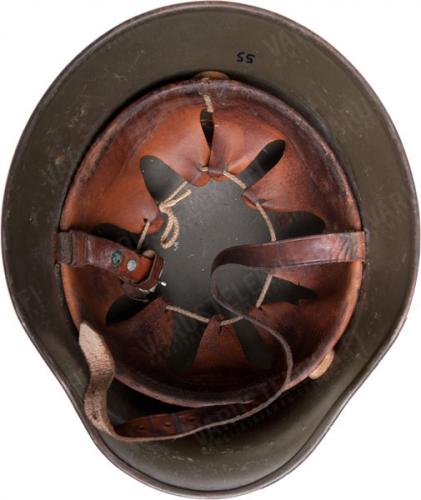 These German helmets were issued in the Finnish defence force into, at least, the 1980s and possibly even beyond. A very iconic piece of Finnish military history. 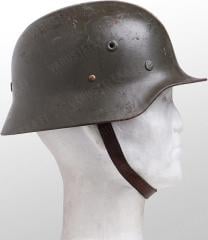 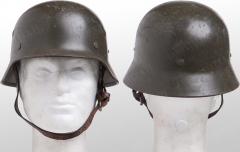 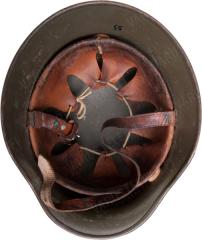 These German helmets were issued in the Finnish defence force into, at least, the 1980s and possibly even beyond. A very iconic piece of Finnish military history.

Originally supplied by Germany to their Finnish friends during the Second World War, these have since been refitted with new suspension and chin straps in Finnish service. All shells are German: some post-war, some made during the war years. Most have also been repainted in a happy Finnish shade of gray. Some are still "graybrowngreen" and worn, scrapes and dents can be found on most.

European sizing means circumference in centimeters. Divide it by 2,54 and then by 3,142 to figure out the American size (average diameter in inches). The sizes are pretty small on these because Finns don't know how to make a good suspension system (but this of course didn't stop us). We suggest picking one size larger than you would normally wear.

Used, but perfectly serviceable. Not sold for any actual protective purposes, only as a collectible.

Just came to say that I think I got lucky in the sense that I got a EF 66 original M40-shell in pretty good condition, with no extra holes. I aimed for a 64 but for those prices, meh.
14