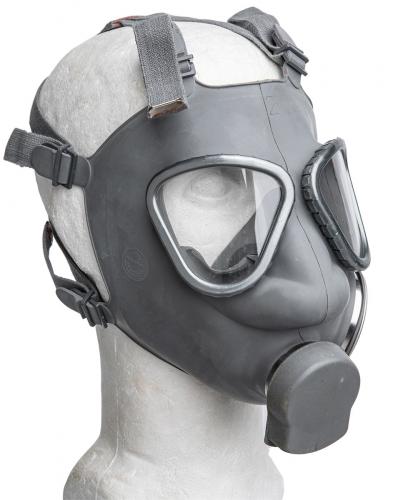 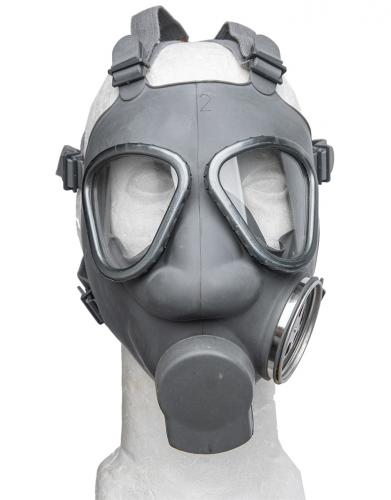 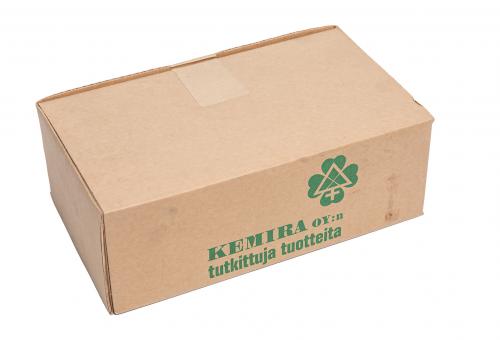 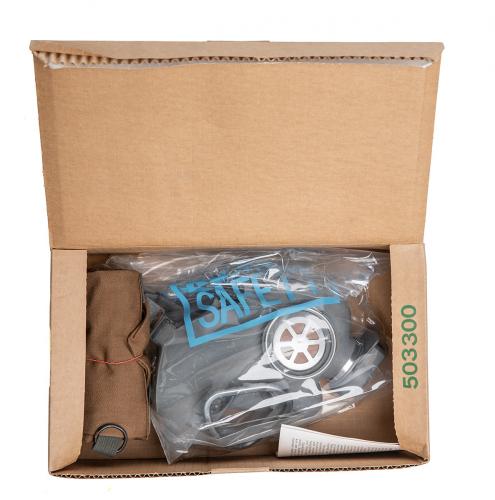 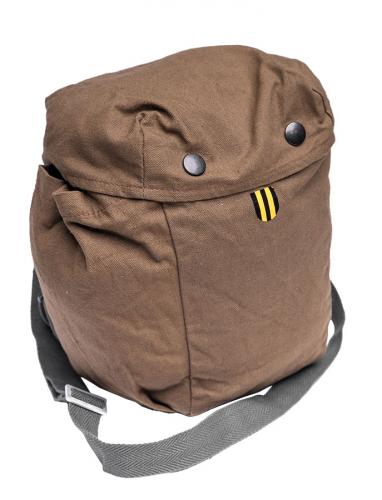 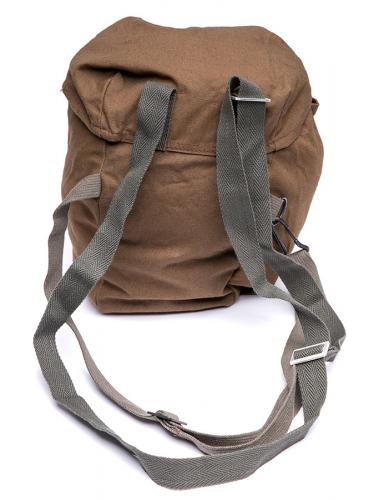 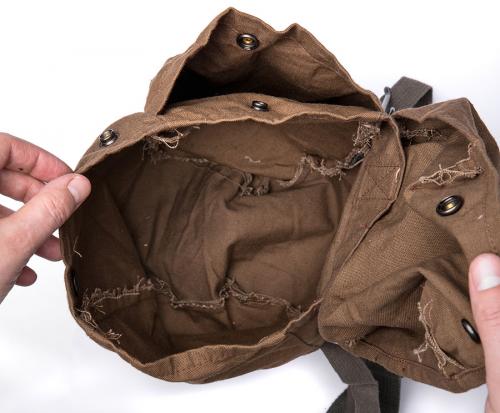 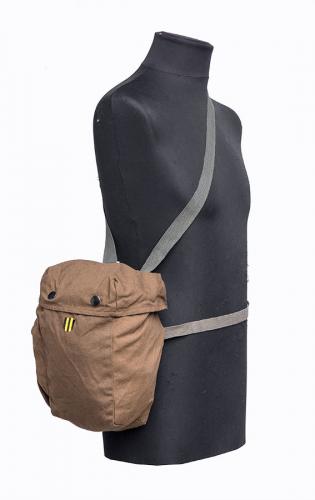 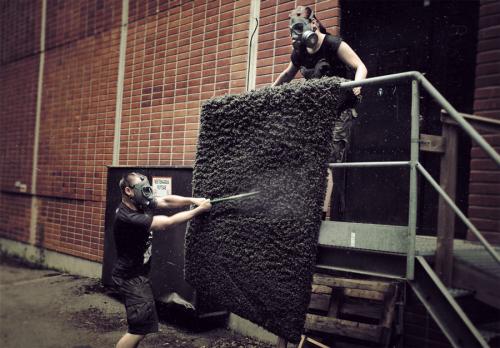 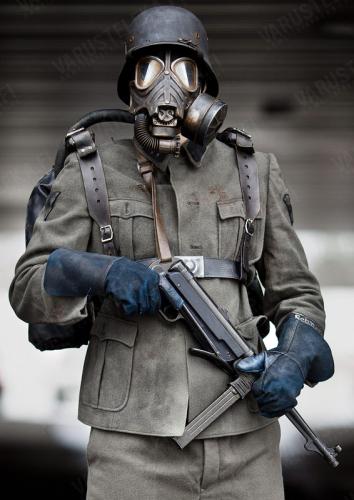 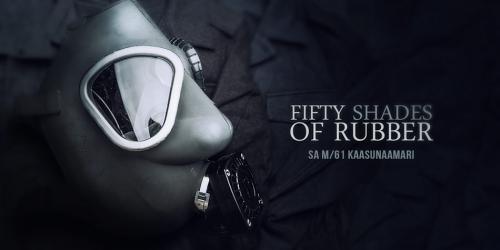 Finnish m/61 gas mask from the Cold War era Helsinki bomb shelters. Unused and in their original packaging. The canvas gas mask bag is included but not the filter. A true collector’s gem and a very limited batch so these might disappear quickly. 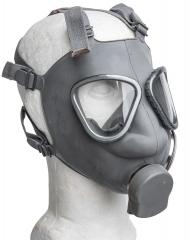 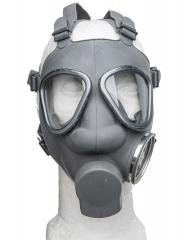 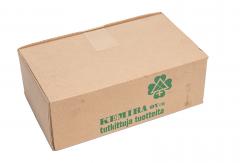 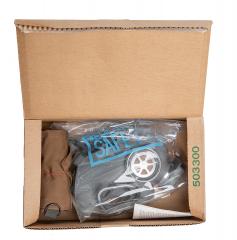 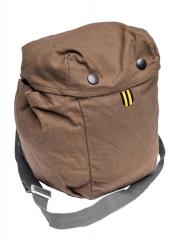 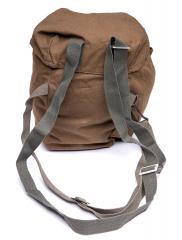 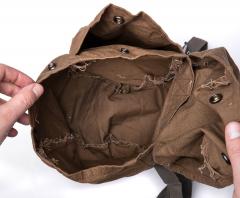 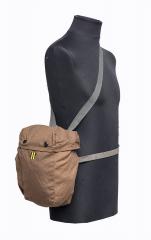 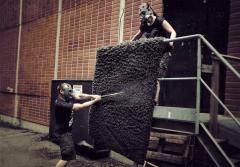 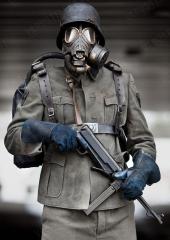 Finnish m/61 gas mask from the Cold War era Helsinki bomb shelters. Unused and in their original packaging. The canvas gas mask bag is included but not the filter. A true collector’s gem and a very limited batch so these might disappear quickly.

M-61 is a Finnish gas mask manufactured from the ‘60s to the ‘80s. It was the standard-issue gas mask for the Finnish Defense Forces until it got replaced by the M-95 in the ‘90s. The filter would be attached to the left side but it isn’t included because asbestos isn’t very nice. The mask has the logo of Kemira, the Finnish chemicals company. These particular masks got outdated in the Helsinki region bomb shelters because the chemical attack that people expected during the Cold War never came.

Included in the box is a canvas gas mask bag that has a small pocket in addition to the main compartment. The box should also contain an illustrated user leaflet in Finnish and Swedish but not the cleaning rag for the goggles mentioned in the leaflet. However, since this is such an old item, take the leaflet as a nice bonus since we cannot guarantee that every single box has it.

We sell these masks for collecting, not for the intended use. So, don’t try to find the original asbestos filter on some Dark Web and breathe toxic fumes through it. That will not end well. However, if you want to use this as a Santa Claus mask, sex toy, or a prop without a filter, that is highly recommended. The mask is designed for 60 mm threaded filters.

The gas mask is made of rubber and the goggles “unbreakable” plastic. The leaflet says that the bag is water-resistant canvas, but the material isn’t specified any further.

Unused Finnish military surplus that was intended for civilian purposes. The whole thing comes in the original Kemira cardboard box. So, the condition is as good as decades-old surplus gear can be. Of course, the materials might have acquired some dirt and patina during the long storage time.

I was gifted one of these, including the filter, a few years ago while visiting finland, put it in my Box-of-random-gear and promptly forgot about it.
This spring, my SO who works as a stablehand, moved in with me. Now, her job is important, because I used to suffer from heavy hayfever caused by grass pollen and part of her job is hauling dried grass, which is sometimes cut when in full bloom. The allergy has been treated with hyposensitization therapy, but I still get symptoms when exposed to certain amounts of grass pollen.

Within a week of her moving in, I was doing laundry and got exposed to a concentrated load of dried grass pollen from her work clothes and immediately began coughing like a Frenchman on April 22nd 1915 in Ypres. I had to think quickly, and a brief exposure to asbestos fibres seemed the preferable fate. Soon after donning the mask, the symptoms subsided and laundry duty was completed successfully. So even after all these years, these masks still work fine.
9