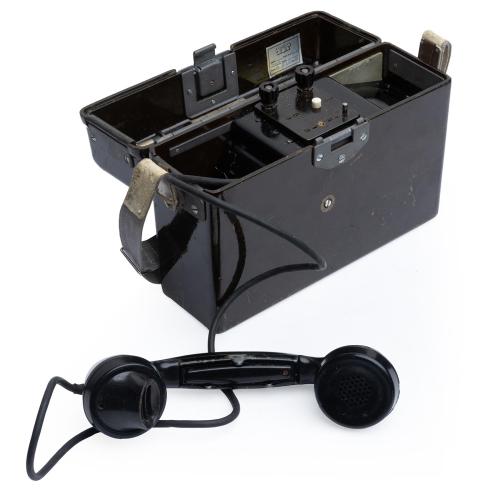 The strap is not included! 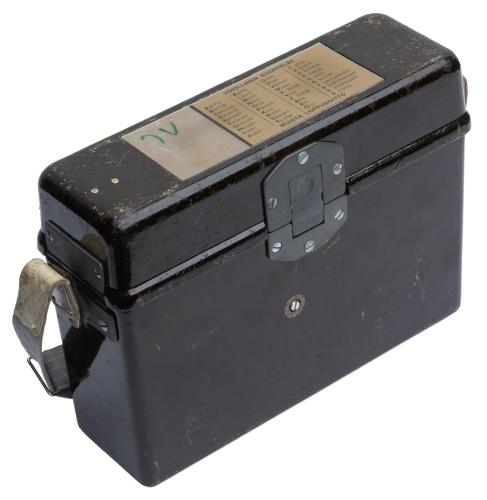 Everything packs inside the lid. The strap is not included! 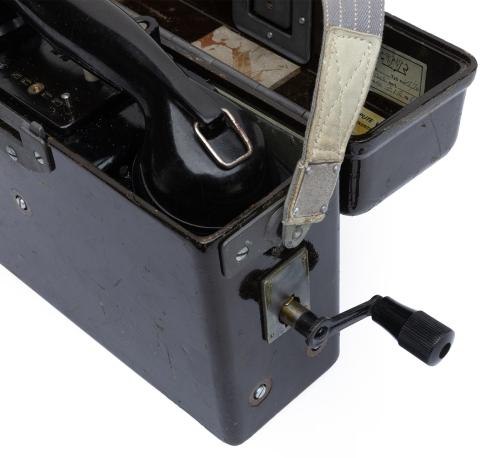 The crank can be found under the lid and it is screwed on the outside. It is used to activate and terminate the calls. The strap is not included!

This is what the thing where you speak should really look like, perkele. 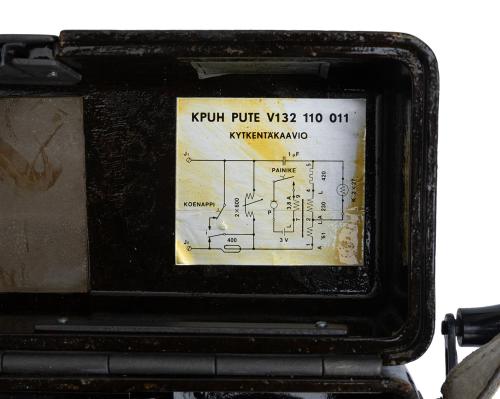 Since you're gonna ask it anyway, you can find the schematic diagram inside the lid. 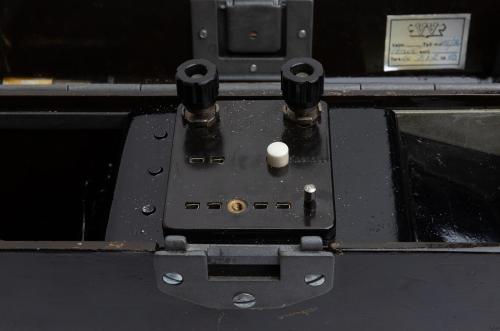 Knobs for attaching the twin cables. The other ends are connected to another phone like this. 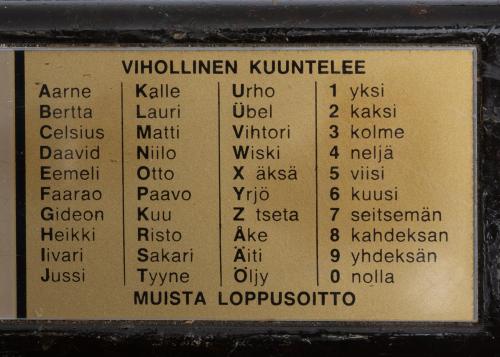 On the lid, there is a cheat sheet for remembering the Finnish phonetic alphabet. On the top it reads "THE ENEMY IS LISTENING" and on the bottom "REMEMBER THE TERMINATION CALL". 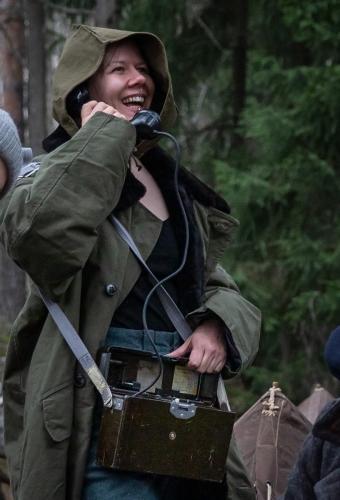 The strap is not included!
Finland

The one and only PUTE, i.e. a mobile phone à la Finnish army from somewhere around ‘60s-’70s. The supplier told us that these work but we sell them purely for collecting so if someone uses these to build a new communications empire or shuts down the electricity trying, it is on them. A delightful decorative element and a conversation starter. 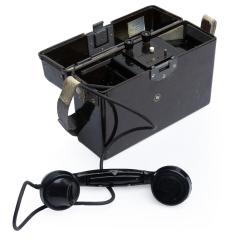 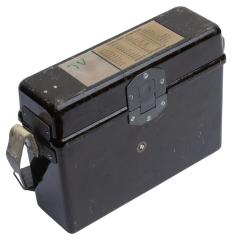 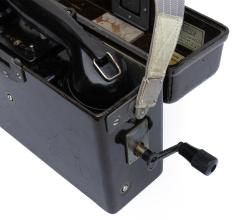 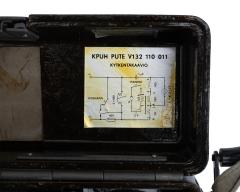 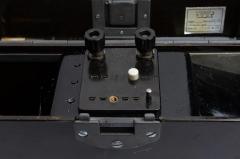 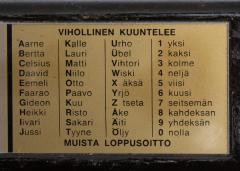 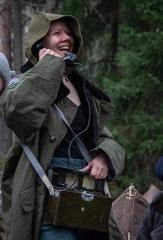 The one and only PUTE, i.e. a mobile phone à la Finnish army from somewhere around ‘60s-’70s. The supplier told us that these work but we sell them purely for collecting so if someone uses these to build a new communications empire or shuts down the electricity trying, it is on them. A delightful decorative element and a conversation starter.

Attention! The carrying strap seen in the pictures is not included in the current lot.

A field phone is designed for military communications. They were taken into use for WWI. This simple-to-use device became very popular around the world, and it was used long after WWII. Laying the wires and their maintenance is very slow so in modern mobile warfare these traditional phones are no longer very practical, so nowadays communications are primarily digital.

This is as compact as the cell phones from the yuppie era but has better reception. These field telephones are from the 1960s-70s. They look and feel a bit like the WWII field phones but they are a bit more modern in materials and design. Made by a Finnish company called Puhelinteollisuus Oy

Inside the box, you will find a handset attached to a cord and a detachable crank for the generator as well as the schematic diagram of the phone. On top of the box, you have the Finnish phonetic alphabet and the text “The enemy is listening, remember to end the call with the crank” in Finnish. The measurements c. 26 x 20 x 8 cm (10” x 8” x 3.2”) when closed, and the weight c. 4,650 g (10.3 lbs).

Sold for collectors. If some mad scientist builds a working communication network between their house and lakeside sauna, it is on them. We aren’t to blame either if you cannot communicate with your ancestors using these.

Theoretically speaking, you connect two of these with suitable twin cables, put batteries inside, screw the crank on the outside, and crank some juice in the generator. Let’s not get more technical here because these aren’t meant to be used.

Used Finnish military surplus. They’ve got dents, scratches, and other signs of use like they should at their age. Electrical gadgets might have been fried, or they work like a charm but no guarantees on either one.