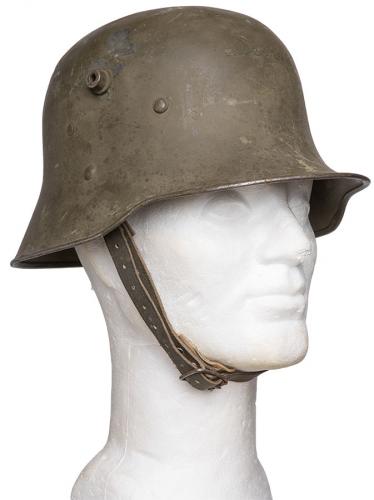 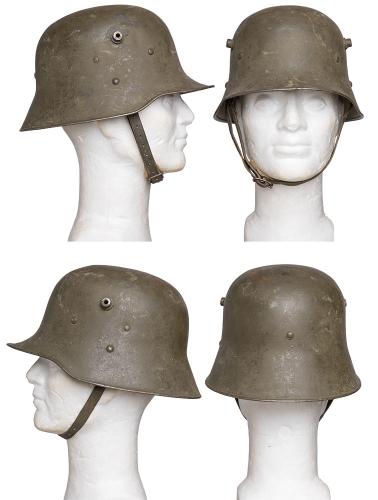 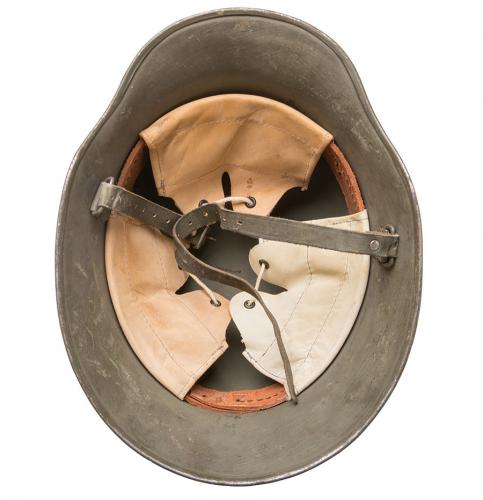 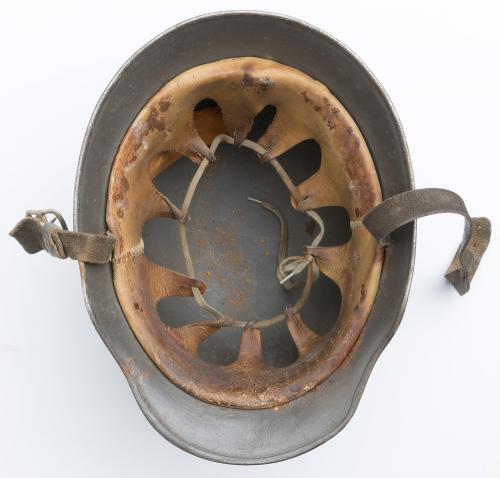 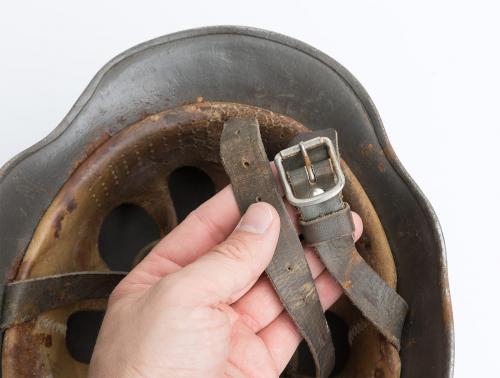 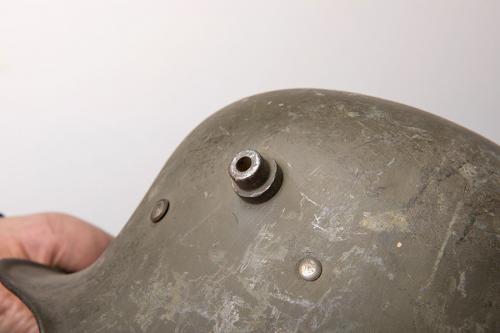 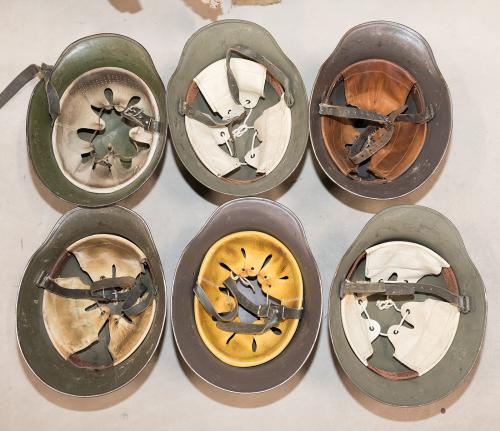 Original Austro-Hungarian M17 steel helmets, the classic coal-scuttle model! These were sold to Finland after the First World War and used around these parts for many decades, well past the Second. A very iconic piece of Finnish military history, or military history in general. 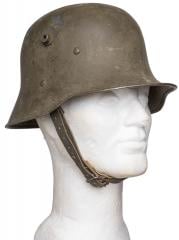 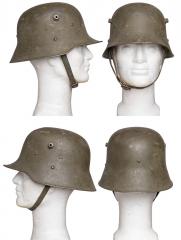 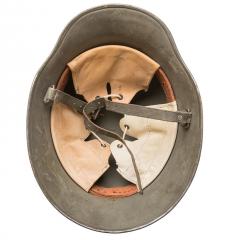 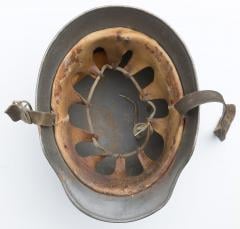 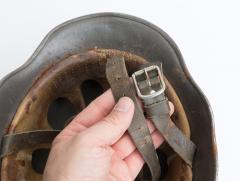 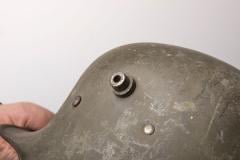 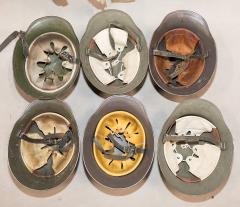 Original Austro-Hungarian M17 steel helmets, the classic coal-scuttle model! These were sold to Finland after the First World War and used around these parts for many decades, well past the Second. A very iconic piece of Finnish military history, or military history in general.

While the shells are original WW1 manufacture, these have since been refitted with new suspension and chin straps in Finnish service They have also been repainted with gray or greenish-gray, sometimes in multiple layers so the original stamps are hidden under.

In modern times these were bought from the Finnish army, then shipped to the USA, then shipped back to Finland. We got some amounts of these, and they're sold off in small lots while we dig through them. Once the whole bunch is gone, that's it.

These have either a three-pad lining or a slightly newer full leather one (both pretty old). Sold as "one size".

Used, but mostly intact. As said, the liner has been replaced by the Finnish army at some point. Its condition varies, along with the chin strap, but it's always quite intact. Additionally, having had a looong service life, the shell might have small dents and scratches or rust stains. Overall these are pretty nice.

Not sold for any actual protective purposes, only as a collectible.

Having lived thru two world wars, mine was overall in a nice condition, the steel helmet itself was even a shellsize 66, so with a bit of tinkering with the Finnish headliner it manage to fit my 59cm head quite good.
18

It's a very nice old unit, mine appears to be in pretty good condition overall. One of the ventilator horns is a little wobbly, and some of the liner rivets are slightly wonky, but since this is a collector item, this doesn't affect my rating. I really expected the liner to be a little more dry and worn out, but actually it's in really good condition. It seems to fit my 57cm head right out of the box.
12

One of my favourite items in my militaria collection. I recieved mine in amazing condition and it fits my head like a charm too. I highly recommend buying one if you're into militaria.
6