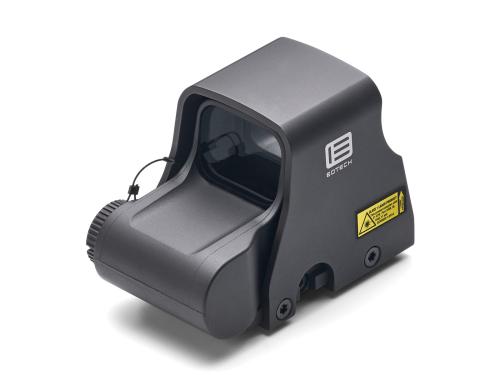 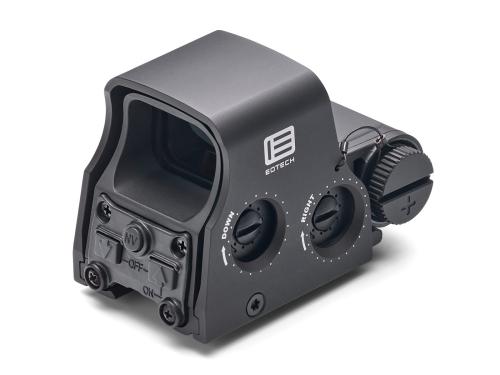 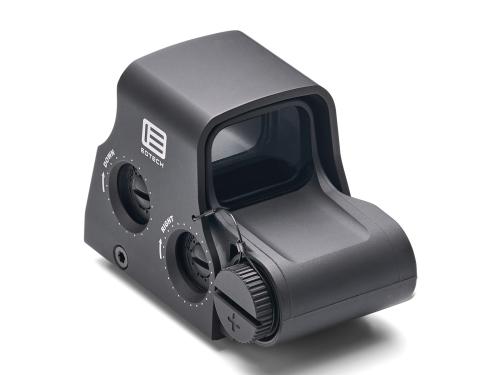 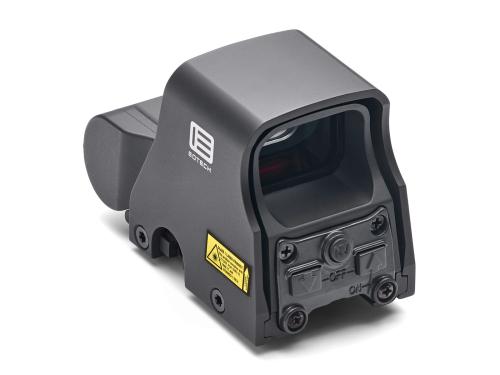 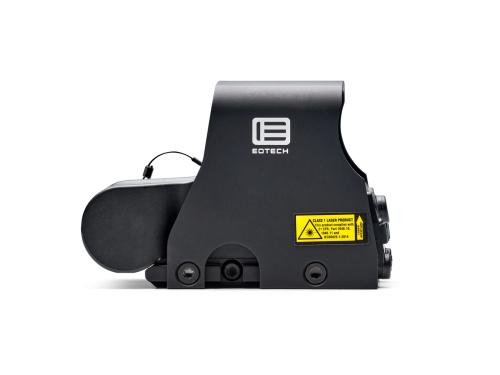 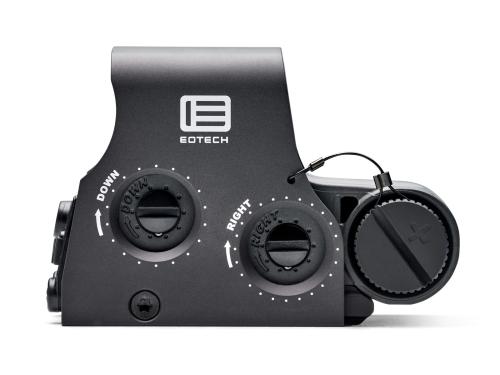 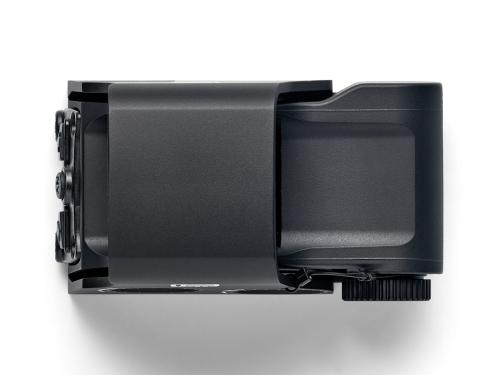 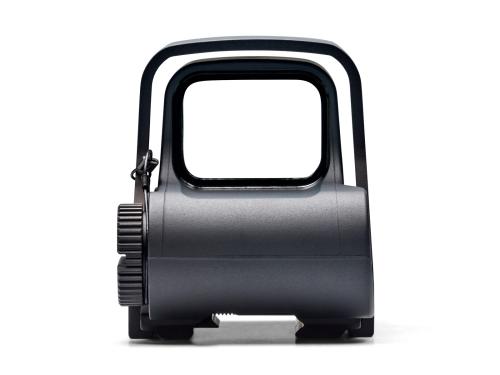 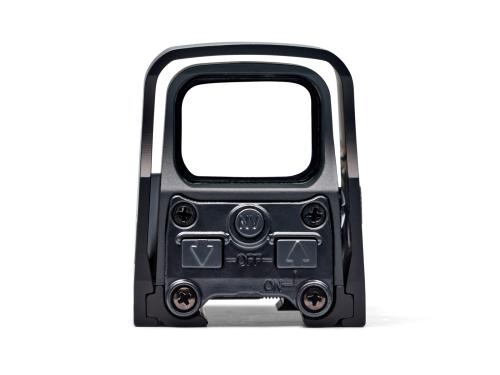 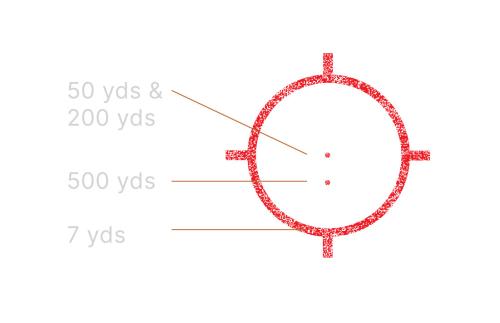 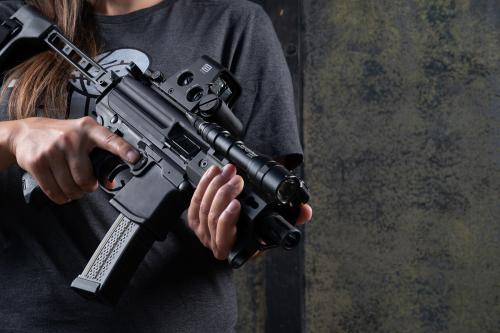 An operator-grade Holographic Weapon Sight made for close-quarter engagements with fast targets. HWS XPS3 is the shortest and lightest night-vision-compatible HWS yet. The 2 at the end of the name indicates that this version has a two-dot reticle. 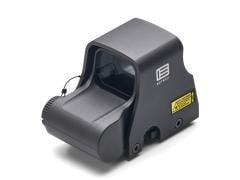 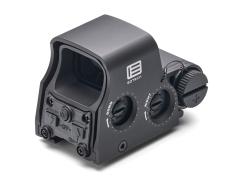 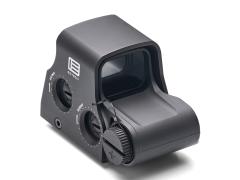 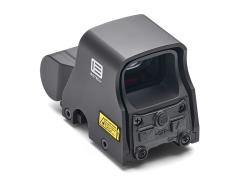 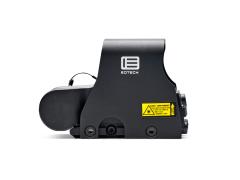 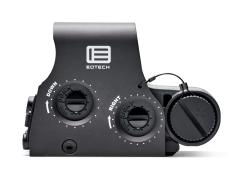 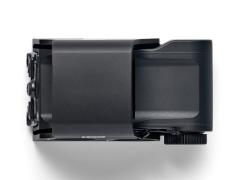 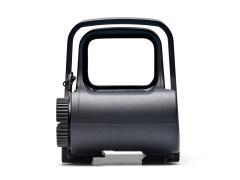 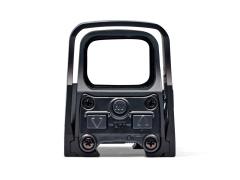 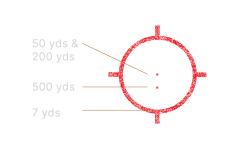 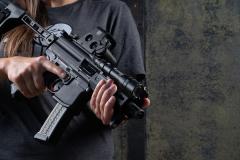 An operator-grade Holographic Weapon Sight made for close-quarter engagements with fast targets. HWS XPS3 is the shortest and lightest night-vision-compatible HWS yet. The 2 at the end of the name indicates that this version has a two-dot reticle.

The single transverse-mounted CR123 lithium battery configuration frees rail space, leaving more room for rear iron sights, magnifiers, or a night-vision mount. The two-dot reticle pattern can be easily distinguished with or without magnification and it offers an additional long-range aiming dot.

Holographic sights offer a few pros over conventional reflex-type red dot sights. While the battery life is shorter, you do get a lot in return.

First, the reticle is projected on the target instead of the front lens so you can keep both the reticle and target in focus at the same time.

The dot size relative to the target appears smaller with a magnifier. In reality, the dot is a lot smaller than 1 MOA but the resolution of a human eye isn't accurate enough to tell the difference: We perceive it as 1 MOA. Even with the magnifier, the dot doesn't appear enlarged even though the target is magnified normally.

The hologram remains functional even with damage to the optics. If the front lens of a reflex sight shifts or breaks, the sight will be totally off zero if you see a dot at all.

Finally, holographic sights have a smaller parallax error compared to reflex sights, though it must be noted that it's minimal with high-quality conventional red dots already.

*At room temperature w. the brightness setting of 12. (These go beyond 11!)

Included in the box:

Holo sights by EOTECH are used by USSOCOM, USMC, US Army, countless police agencies and armed forces, as well as private companies and civilian individuals all over the world. Made in the USA since 1996.