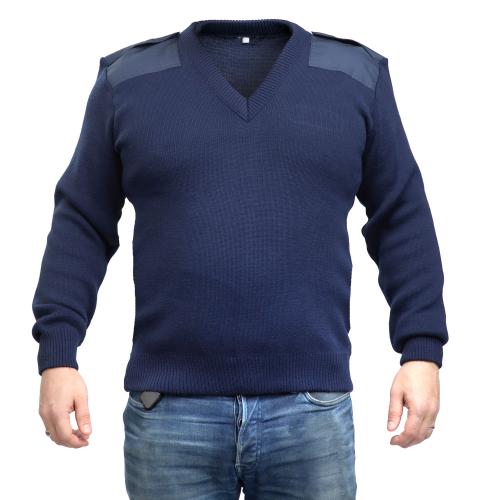 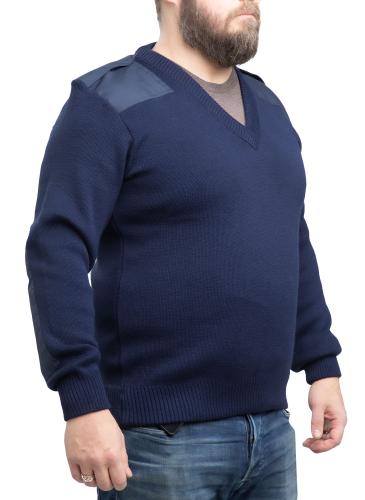 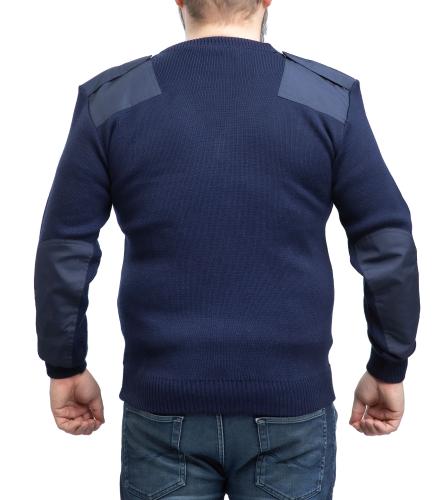 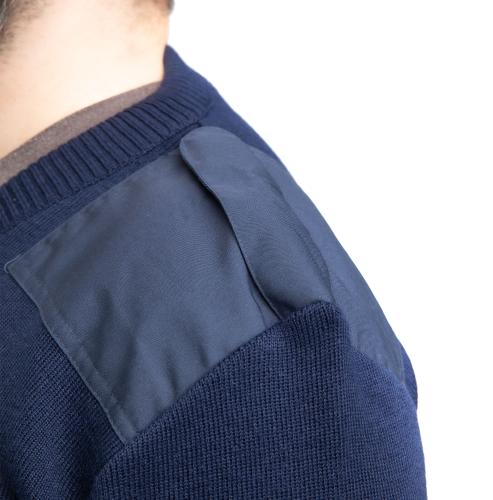 The shoulders either have or don't have the reinforcements and epaulets. Mostly yes. 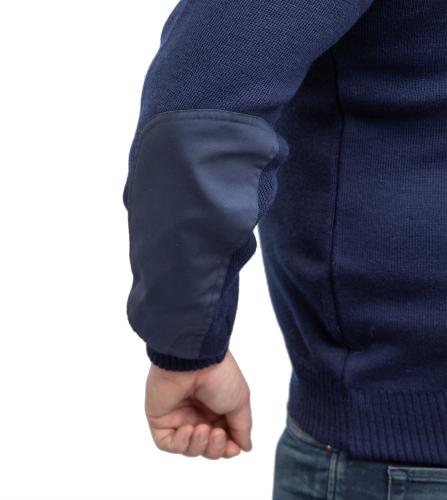 The elbows either have or don't have reinforcements. Mostly yes. 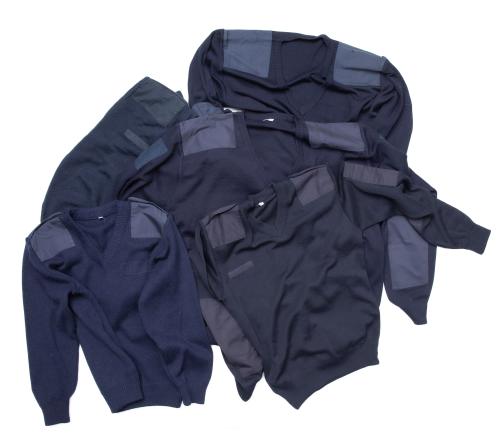 The details, material thickness and shade vary to some extent.
Netherlands

Europeans like to copy their military clothing from other European armies, which is fine when the end result is something as good as this. The Dutch sweater is very similar to the British one but thinner and comes with a V-neck. The blue color works very nicely in the civilian world, too. Both smart and casual. 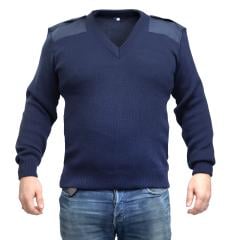 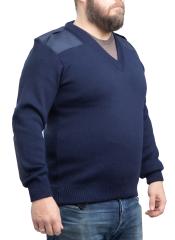 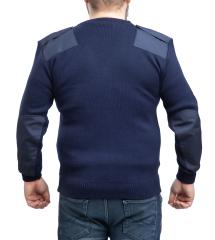 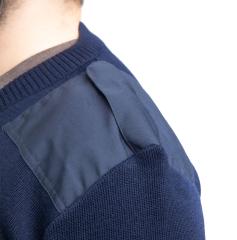 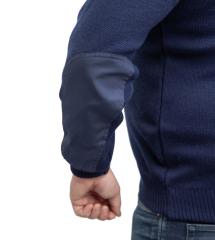 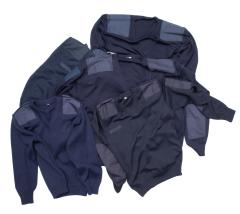 Europeans like to copy their military clothing from other European armies, which is fine when the end result is something as good as this. The Dutch sweater is very similar to the British one but thinner and comes with a V-neck. The blue color works very nicely in the civilian world, too. Both smart and casual.

The military sweater is one of those articles where you get great quality with little money. These Dutch ones vary a bit in style. They are all v-necks and usually feature reinforcements in elbows and shoulders and epaulettes on the shoulders. Some of these have Dutch national insignia on the sleeve, which can be removed if you don’t want to embrace your inner Dutchness. Some have none of these extras.

The material is mostly wool, the thickness varies to some extent but none of these are super thick. Wash with a wool program. Air dry only! You don’t need to wash wool sweaters much, usually airing them out is enough.

Sizes were originally in the Dutch system. However, we added the simple size and the EU size to make these easier to understand.

Used Dutch military surplus. Although these are used, they are not abused. In fact some look completely unissued and others very lightly used. Nobody has crawled in mud with these on or puked on them, and they’re clean and very decent. Small signs of use are of course possible. Like on the elbows.

I am kind a dissapointed the patches, flag and epaulettes/should boards have been ripped off, still useable, but looks ok.
0