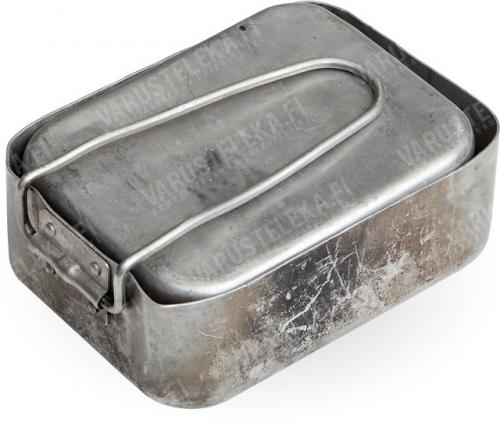 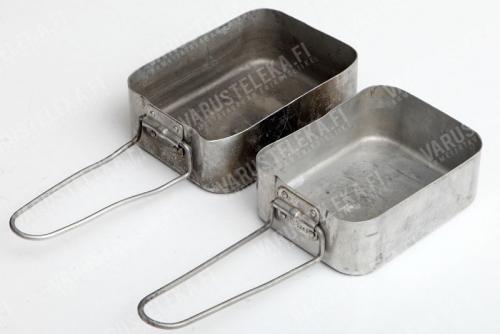 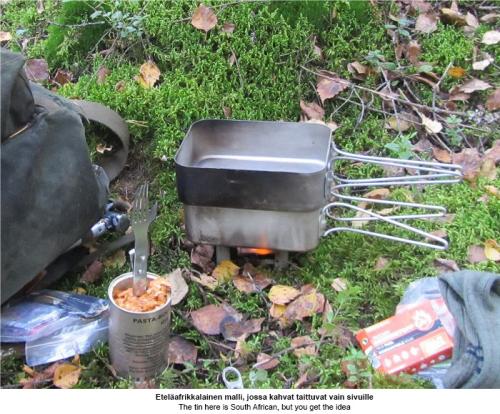 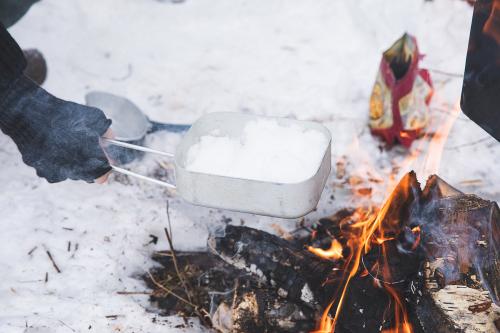 This is a very simple two-piece aluminum mess tin. Exactly the same as its British counterpart. It may look a bit odd, it's not a standard paint tin like most of its kind, but definitively a tad more practical in some aspects. 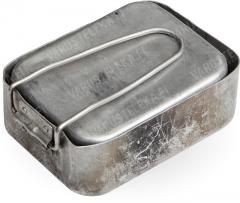 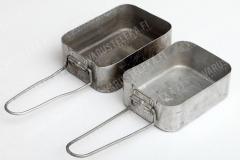 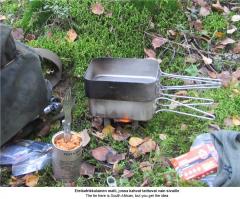 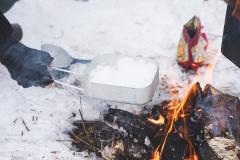 This is a very simple two-piece aluminum mess tin. Exactly the same as its British counterpart. It may look a bit odd, it's not a standard paint tin like most of its kind, but definitively a tad more practical in some aspects.

The mess tin comprises two square-shaped aluminum pots, which form a neat easily stored package when closed. This particular model has been in use since World War 2, at least in the British Army. The British got tired of their D-shaped pot and pan combination mess kit sometime after the Great War and designed a totally new one. The new mess kit type has since then been copied by numerous countries worldwide and is still more or less in active service today.

The large, flat-bottom absorbs heat more effectively than other, usually considerably smaller, mess tins. When the other half is used to cover the one on the flames you'll have your water or gruel boiling in no time (the tin in the extra picture is South African, but you get the idea). Eating out of one of these is also a lot easier than from the deeper ones: you don't need to dig around with your spoon too much to get to the good stuff.

Made from aluminum, we recommend sticking to washing these by hand. Dimensions 19 x 13 x 5,5 cm, weight about 410 grams.

Used but perfectly serviceable, may need a wash just in case before use.

Ordered a couple of these, and they arrived in nicer condition than pictured (less wear, cleaner). Great size, big enough for most camp cooking for an individual, but packs down rather small for storage. Dates on pieces range from 1979 to 2009, and are sturdy and well made - will definitely outlive me. For the price and condition, wish I got a couple more.
0