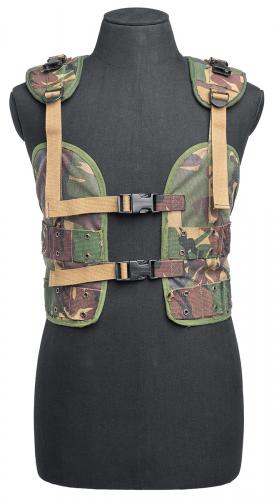 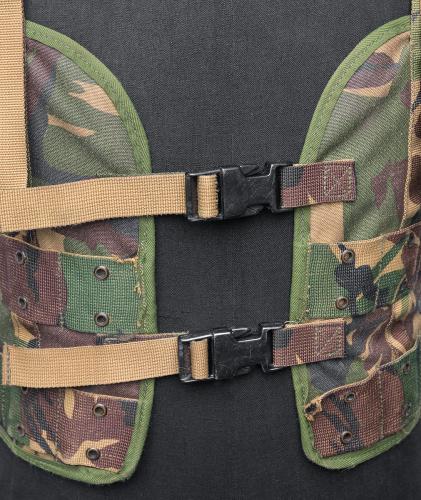 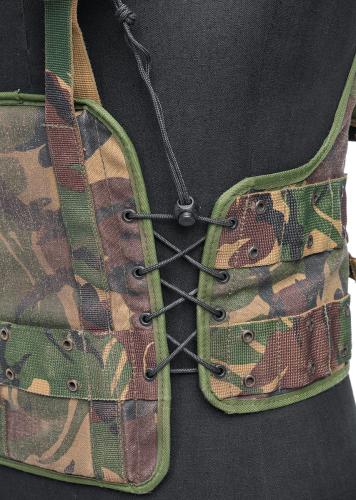 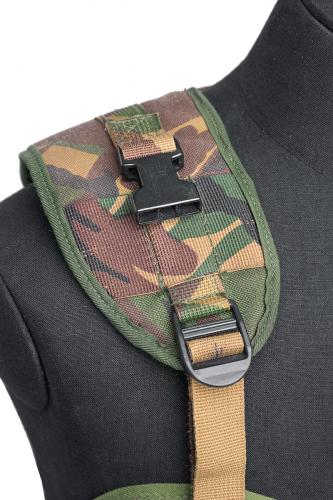 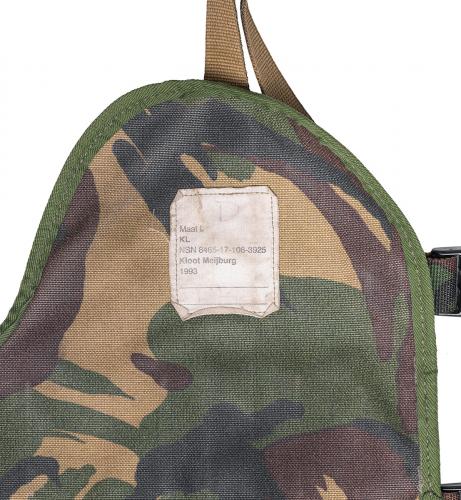 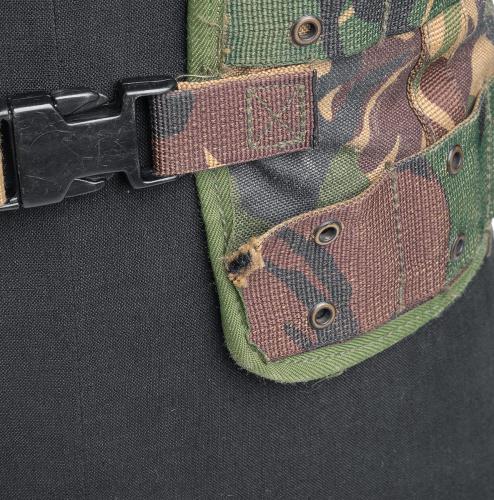 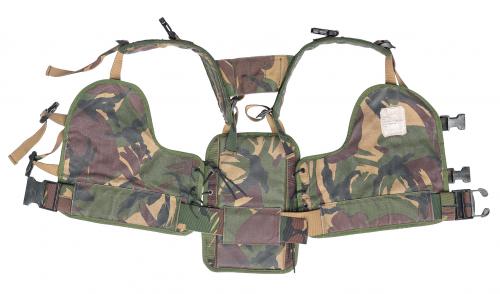 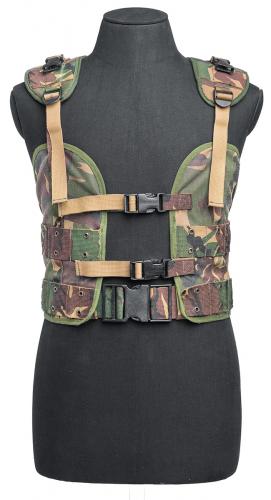 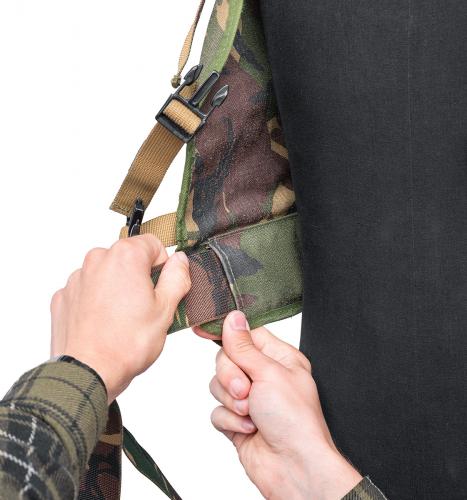 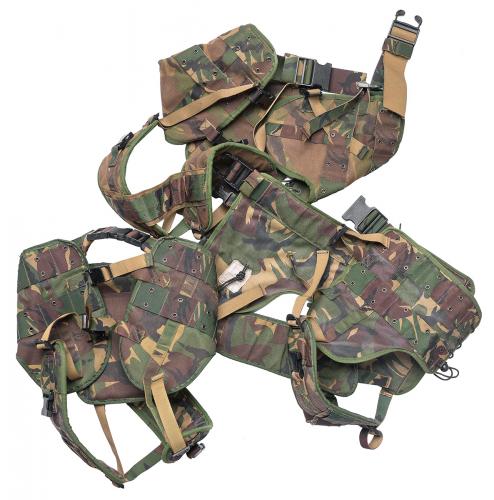 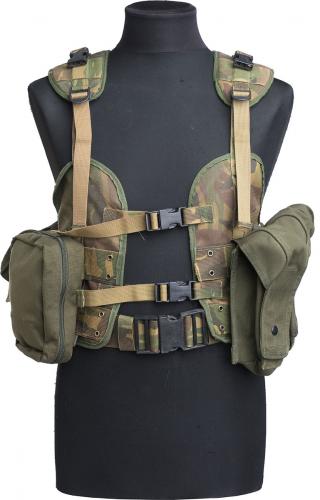 Oldie but goldie, this Dutch army ALICE style vest may not be as sexy as MOLLE/PALS stuff but does the job, being well made, tough, and extremely cheap. Dutch DPM for that extra camouflaging touch. 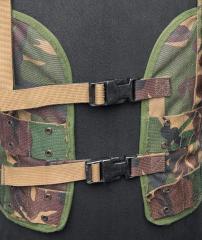 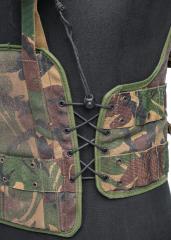 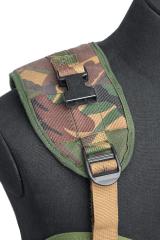 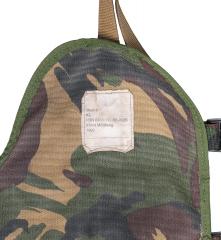 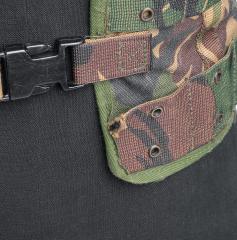 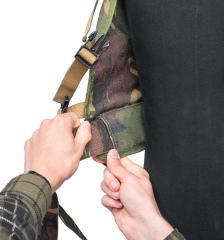 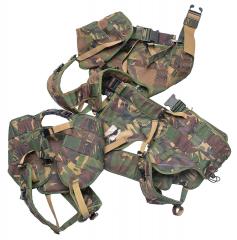 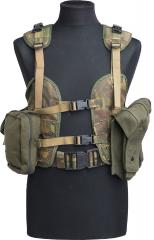 Oldie but goldie, this Dutch army ALICE style vest may not be as sexy as MOLLE/PALS stuff but does the job, being well made, tough, and extremely cheap. Dutch DPM for that extra camouflaging touch.

Consists of three panels mated together with an elastic adjustment cord, padded shoulder harness, and even a combat belt no longer a combat belt most of the time, but at this price, you can't complain.

The original belt - which is not necessarily included - is very flimsy, rather webbing than anything you'd put on pants for example. If you have to make your own, it probably won't be any worse.

Each panel has ALICE attachment points for pouches. MOLLE pouches will also fit, although not as easy as the ALICE ones.

The vests fit all and if this isn't the case, replace the cords with longer ones.

Naturally, the whole thing is made of mil-spec materials, so it's tough and has some kinda NIR properties.

These show signs of use and have been repaired if necessary, still in perfectly serviceable condition all around.

Great value for the price. My vest looks like it was never issued. The only way that I know that it was, is from the name of the troop written on the inside. Those familiar with the old school LBE system will be able to mount the ALICE gear pretty much in the same place as before, with the exception of the GI butt pack. You will need to either modify one of the items, or find a creative work around if you want to attach the butt pack to the vest. This vest is well worth the money.
4

Didn't buy here, as I found them locally. But, they are great for what they are. Doesn't beat a molle vest for adaptability, but the alice system is pretty foolproof. I have several alice pouches as well as molle gear, and it all works with this vest. I prefer it without the belt, as I dont have it setup that heavily that I need the extra support.

I have two, and one is a tool vest so that when I'm on the roof I dont need to go down every 5 minutes. Grenade pouches make for excellent nail/screw pouches, and a bit of paracord pakes a decent hammer loop. more comfortable than a tool belt overall.

the other one is kitted up with ammo pouches and nerf darts, so that I have the upper hand in any and every iteration of the Battle of the Living Room.
2