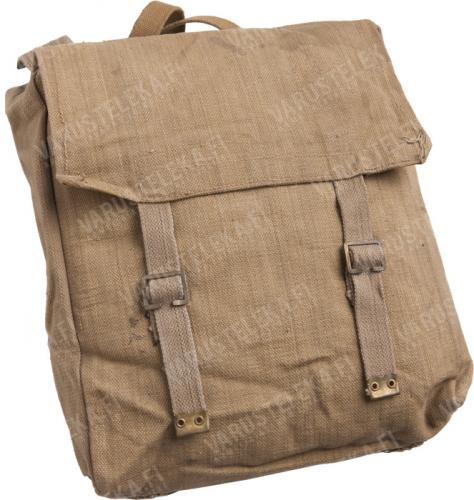 The packs are usually a bit more used than this example. 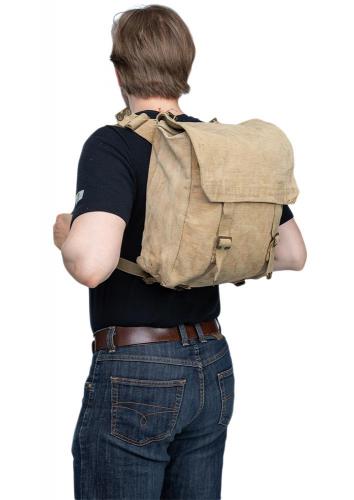 The packs are usually in this kind of condition.
Denmark 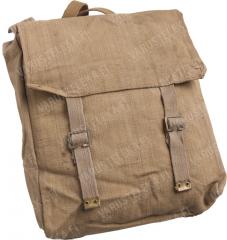 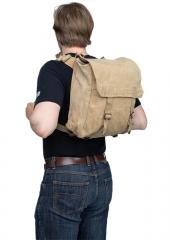 This model dates back to times before the Second World War and very similar packs were actually used in the first one. It's as simple as can be: a rectangular pack made of indestructible canvas with a flap secured with two straps.

Used but perfectly serviceable. Some are a bit scruffy, but everything is intact and works. These might be green or khaki, or something in between. We don't differentiate. The condition corresponds better to the picture where the pack is carried.