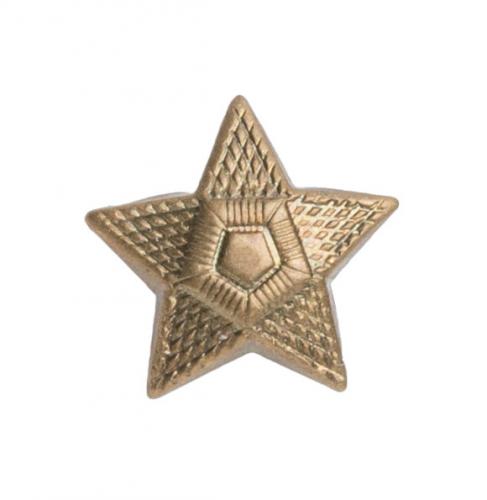 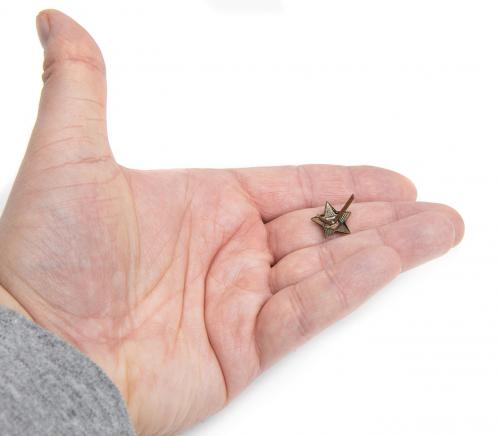 Rank insignia of the Czechoslovak Armed Forces. Shiny but not so precious metal. Attach to the lapel or a huge ass fur hat. The more you have these babies, the cooler cat you are in the Warsaw Pact. For collecting, naughty officer fantasies, and beautification. 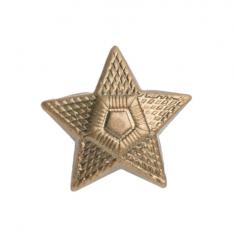 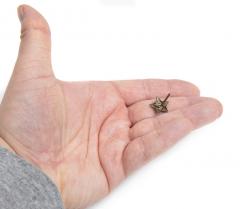 Rank insignia of the Czechoslovak Armed Forces. Shiny but not so precious metal. Attach to the lapel or a huge ass fur hat. The more you have these babies, the cooler cat you are in the Warsaw Pact. For collecting, naughty officer fantasies, and beautification.

The military ranking system of Czechoslovakia that disappeared from the maps in 1993 changed quite a bit in the course of history. Sometimes ranks disappeared, sometimes they changed. Also, the rank insignia went through changes. Stars were used by various officers in the course of time. So, the only sure thing that we can say about these particular stars is that the more you have, the higher on the food chain you are.

The diameter of the star is c. 15 mm (0.6”). The material is some sort of bronze-colored metal, the consistency of which is Eastern bloc. Probably no plutonium included though. These are sold individually. Order an even number of these, if you want to maintain the military symmetry.

A traditional pin with two tabs. Shove the tabs through the fabric and bend them against it, and the insignia stays on. Traditionally, these have been worn on the lapels but since the walls have fallen ages ago, you can use these as a penis piercing if you want. Or maybe not, because your wee-wee might get a nasty infection. Better put these on your 80s heavy metal denim vest or spice up your sex life with some eastern bloc authority instead. Or give them as gifts to a wanker of a neighbor.

Used Czechoslovakian military surplus. In such a nice condition that they might actually be unused though. However, don’t go bending the metal tabs here and there with gorilla-like vigor, because they will break that way.