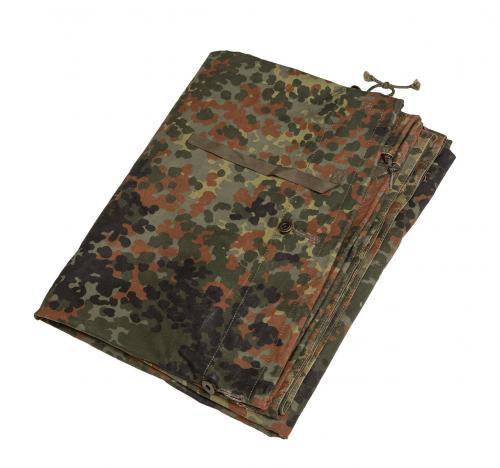 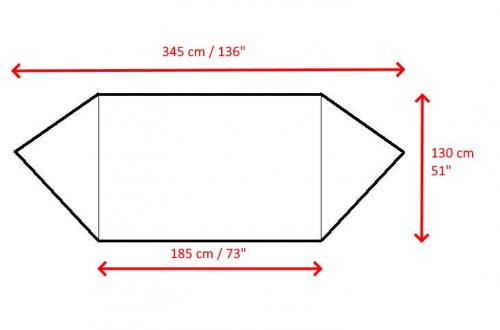 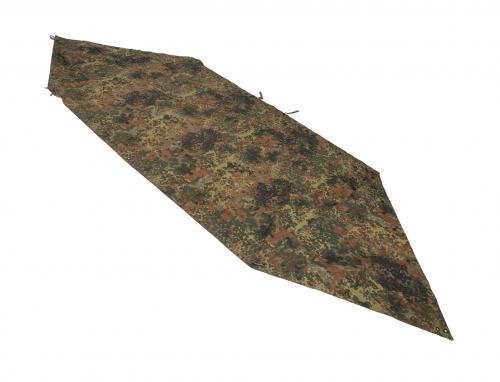 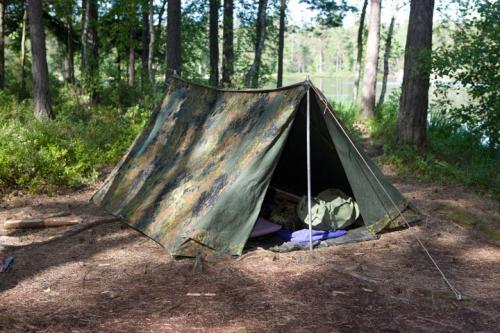 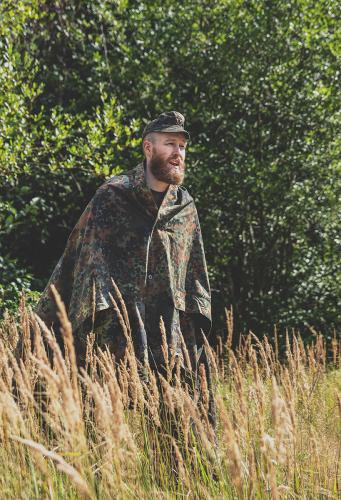 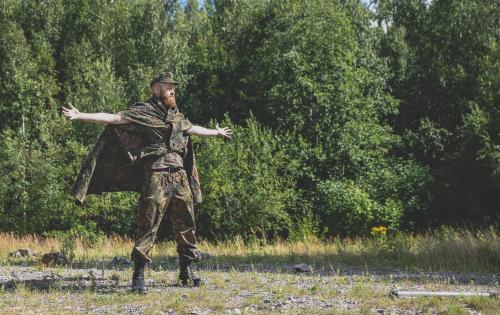 Here are German Bundeswehr surplus shelter halves with the Flecktarn camo pattern. We managed to procure one batch, once these are gone that's most likely it. 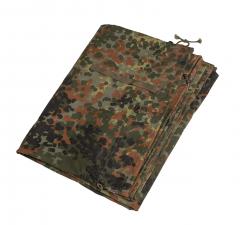 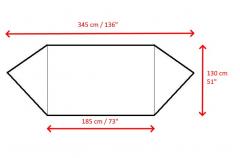 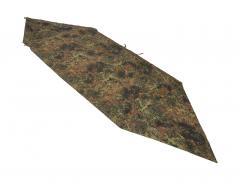 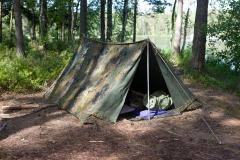 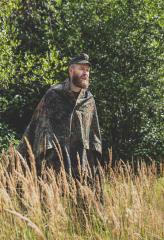 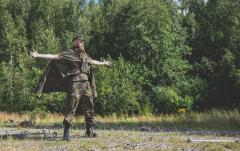 Here are German Bundeswehr surplus shelter halves with the Flecktarn camo pattern. We managed to procure one batch, once these are gone that's most likely it.

Attn! Included is one piece of fabric. To make a tent, you'll need two of these as well as a set of tent poles and stakes.

God only knows how long people have been using two-person tents consisting of two separate halves carried by each of the residents, but they were still fielded up to the turn of the millennium by various armies in situations where more luxurious options were not possible. Then they just issue you half of a tent and the only thing you have to do is find another guy with the other half. Easy!

The West German two-person tent is pretty much a copy of the American Pup Tent, just made in green colour during the Cold War and then Flecktarn when the Germanies united. Between these two the Germans made a handful of various trial models in funny camo schemes, which are very rare these days!

Officially only used as a part of the 2-person pup tent or as a rain cape, these shelter halves can also be used as curtains, tinkering material, or general-purpose camouflage fabric. Some have even made small lavvu shelters too - thanks to the grommets you can rig this up just as you like, but essentially it will always resemble half a tent. A good bonus is the extra protection given by the triangular end pieces if you choose to point them downwards.

To use as a camouflage/rain cape, simply wrap the canvas around you in a way the pointy ends meet in front of you, put your hands through the provided holes and button it up. If you happen to own the carrying bag, it can be used as a hood.

On the BW 2-person tent

This tent provides protection from rain and wind for two and can be split into two easily carried packages for each soldier to carry.

Both packages consist of a carrying pouch, one shelter half, and an accessory bag with four stakes and three or four tent poles. The assembled poles are the same length, they are simply constructed of 3 or 4 pieces depending on the version.

The tent is long enough for the tallest of people and fits two persons closely, no rucksacks inside. All in all, it's a very traditional 2-person pup tent when assembled.

The weight is over 2 kg (4.4 lbs) per fighter so it's definitely not an ultralight backpacker's dream but not a prohibitively heavy load, either.

These are used items but in a serviceable condition. The fabric surely had some kind of waterproofing impregnated at the factory and it's most likely gone but you can fix this yourself. The tightly-woven cotton blend is pretty rainproof on its own when pitched right.