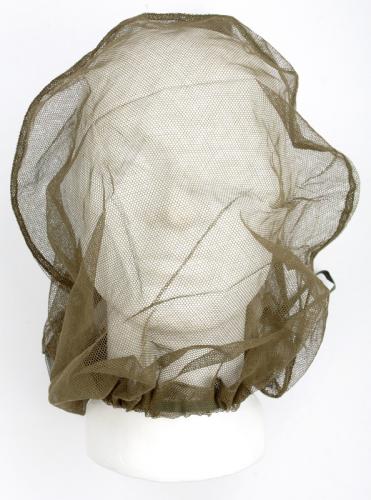 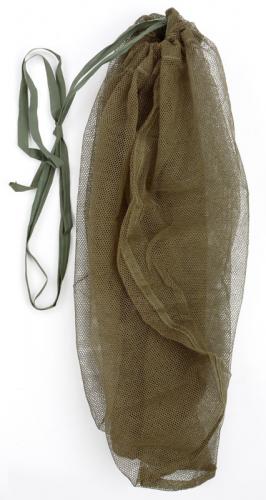 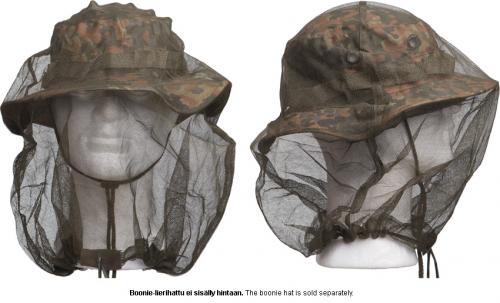 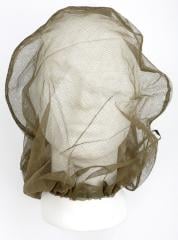 Bundeswehr issue mosquito net, to be worn over the head, secured, and tightened with a drawstring. Dense eyes to keep bugs out, yet doesn't hinder your vision. Wear with a boonie hat for the best effect and to keep the net out of your face as well.

The net is incredibly light, to begin with, but it can make your backpack even lighter: leave the inflatable pillow at home and stuff some clothes in this mosquito net when you want to rest your head.

Used, but in good condition.

I bought two of those. First one barely covered my nose, second one was bigger and extended to my chin, and I was not wearing any headgear at the time. If I would want to wear a hat which is essential for mosquito net to be effective , those nets would probably just cover my eyes. So either I suffer from un-diagnosed gigantism of the head, or the average German has a head the size of an apple, or those nets were washed and shrunk making them completely useless. Btw. the third picture shows different net then those supplied. The nets are green not black which is the preferred color to maximize visibility.
9

Mine is barely usable sizewise. Too short and to small diameter for use with a hat.
0

Mine was quite small upon arrival. I put my fist in it for a second and gave a yank which stretched it plenty and simply. This fit over my head fine and seems to want to secure just beneath my collar, or at the shoulders. For the price, I will say it's worthy of 5 stars.
6

Very happy with the purchase. Mine came in a dark green shade and in a very good shape. In the forest, during summer, and with all those mosquitos and insects, you are realizing it's utility.
I recommend it to be used with a hat, possible boonie hat.

A stinky net to keep the bugs off my head when I sleep in the USGI goretex bivy. Works! Someone should turn that smell into a fragrance.
1