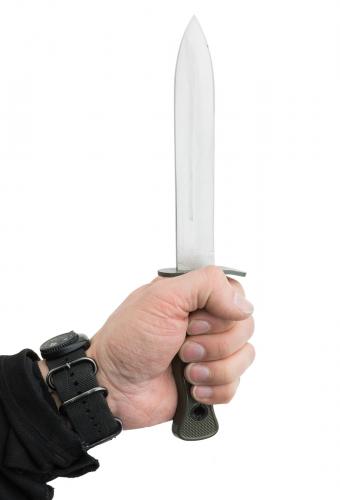 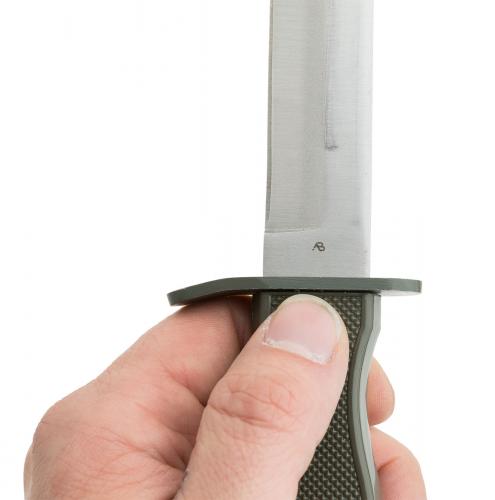 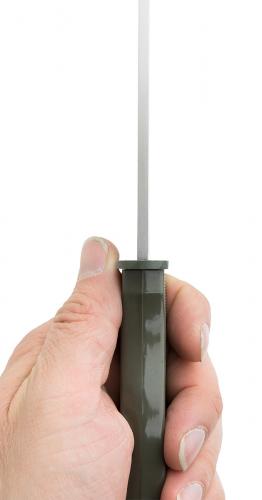 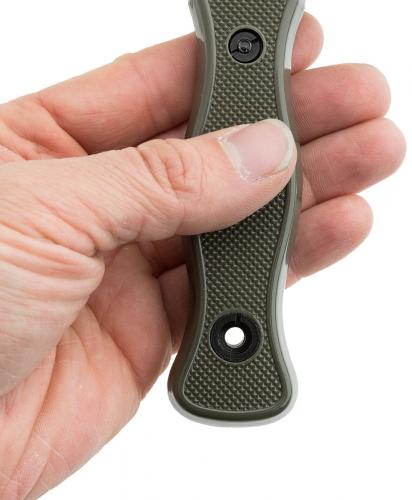 Metal sheath with a belt loop.

A nice reproduction of the legendary Bundeswehr Kampfmesser 68. Probably not that different in quality from the original one. As pretty as a picture that isn’t that pretty. Pretty cool nevertheless. A stainless steel blade and a metal sheath with a belt loop. 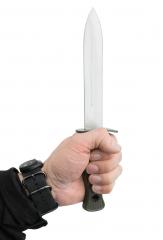 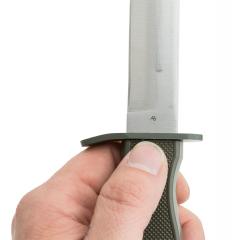 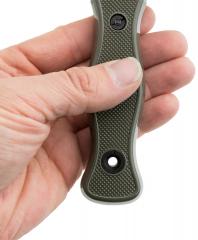 A nice reproduction of the legendary Bundeswehr Kampfmesser 68. Probably not that different in quality from the original one. As pretty as a picture that isn’t that pretty. Pretty cool nevertheless. A stainless steel blade and a metal sheath with a belt loop.

The M86 combat knife of the West-German army Bundeswehr was first issued in 1968. It was designed as a general-purpose knife, and as such, it was given to most of the BW soldiers even for a while after Germany was united. During its years of faithful service, this knife was made by several manufacturers.

Despite the long years in service - or maybe because of that - M68 Kampfmesser was never a huge favorite among soldiers. Even though it was the ultimate vision of German military knife engineering. Not that great in combat and not at its best as a tool either. Finally, it was replaced by KM2000 made by Eickhorn-Solingen. Despite its lack of popularity, it is quite magnificent in the ugly duckling kinda way, and definitely could be the definition of a solid piece of trusty steel.

Affordable combat knife for those who like history and German military knives. A single-edged knife with such a steep drop point that it almost looks like a double-edged dagger. Made of stainless steel. The finger guard is made of green-painted steel.

The knife comes with a green metal sheath that has a green leather belt loop with a strap to secure the knife in place. You can slip the single-edged blade in the sheath either way you want, so this can be worn in both right- and left-handed fashion. The green plastic handle is checkered, and it has a lanyard hole. The shape of the handle is similar to many dagger handles, which gives this knife some boot knife vibes, although it is definitely designed to be carried on the belt. We're not sure if this is a good thing or not, but it also bears a weird resemblance to the World War 2 era Hitlerjugend knife.

Made by the German company Anton Blöchl, likely manufactured in China.