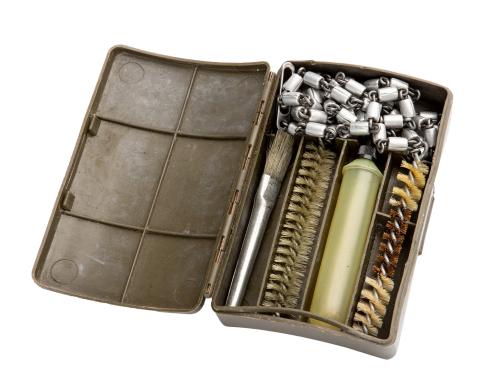 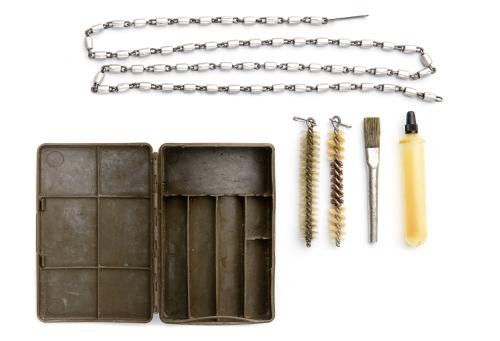 The equipment comes in a plastic box that reveals two brushes that are clipped on the bore chain, a soft brush for spreading oil as well as a bottle for storing that oil. 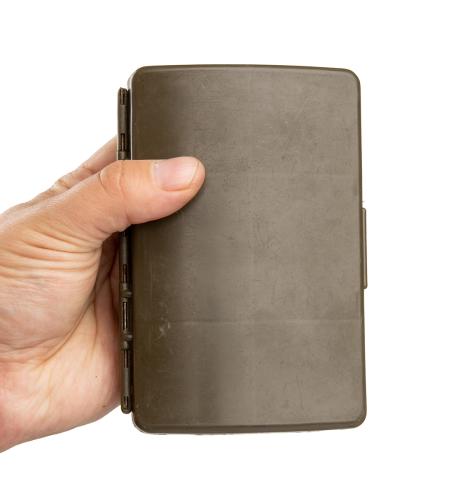 The handy box fits in your pocket.
Germany 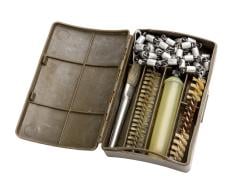 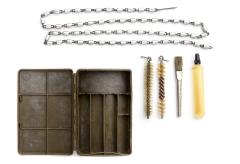 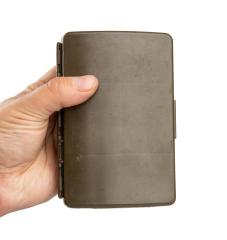 Heckler & Koch G3 was used by the German military from the 1950s until the ‘90s, after which it was replaced by the smaller caliber G36. The equipment comes in a plastic box that reveals two brushes that are clipped on the bore chain, which works just like the very popular BoreSnake. The aluminum pieces are soft enough that they don’t damage the rifling. Furthermore, there is a soft brush for spreading oil as well as a bottle for storing that oil. Ballistol is probably the classic brand. The original set also included a soft bore mop that attaches to the other end of the chain, but that seems to have disappeared on the way.

Used German military surplus. The box may have minor scratches, dirt, and other signs of use. The oil bottle is most likely empty, or the oil is so ancient that it’s better to change it anyway. The soft mop is most likely not included, so you need to replace it.