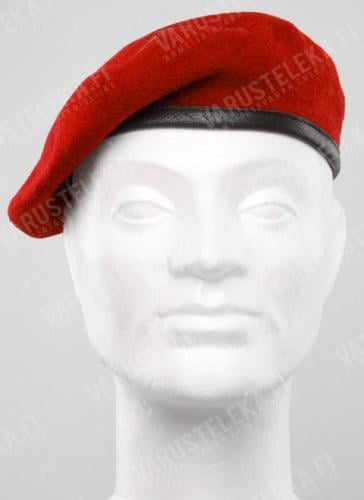 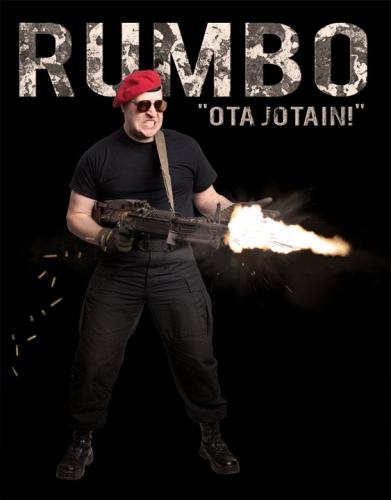 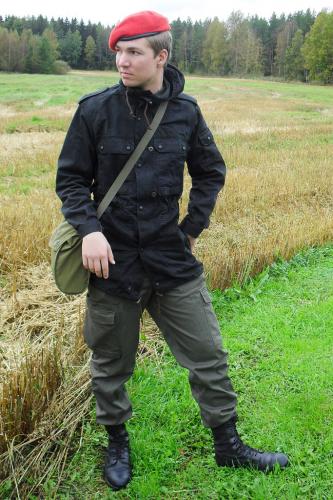 Used German army red berets. Pre-worn, but can be shaped again for a custom fit. 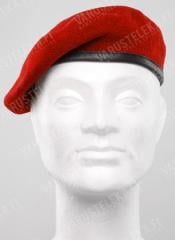 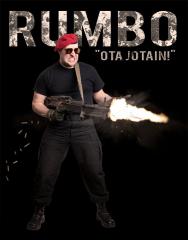 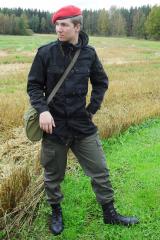 Used German army red berets. Pre-worn, but can be shaped again for a custom fit.

Military berets were first introduced to the world by the French army, as early as 1880. Since then many militaries have adopted the beret as their official head wear, including the German Bunderwehr. A beret makes you look professional, cunning, intelligent and whatnot. These are decently sized, unlike the huge flaps you sometimes see worn by the French.

A red beret is issued to members of support units such as artillery, intelligence, signals etc.

The material is wool with a leather trim, and a sturdy support backing for the cap badge. The Germans attach the cap badge by four prongs, holes for these are visible on the front.

These are red and used, but in serviceable condition. Many berets have an about 10 cm tall black A-stamp on the top. This denotes the stuff is pulled out of military use and sold to civilians. Thank you Bundeswehr for making it so clear!

This Beret was way tighter on my head than I expected. Order a size bigger or trim down your hair.
1

Grate beret, but it is on the tight side i ordered one size bigger than i normaly would but it was still tight so i would go 2 sizes upp :)
1

I ordered a size 61, and it was much smaller than a new size 61 BW beret I already had. Either it shrunk significantly down to a size 58 or it was mislabeled by Die Bundesrepublik Deutschland. I should have read the previous reviews. I'll see if they become available in size 64 and try again. As long as you know to order a few sizes larger, this will warm your noggin sufficiently in temps around freezing or above.
[Two weeks later] While the beret still looks like it could use a good wash, I've stretched it over the corners of a box for a week to see if I could get it back to size 61. It seems to be working! I'll wash it in warm water and put it back on the makeshift stretcher.