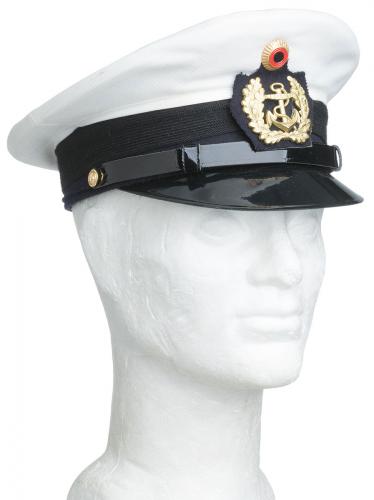 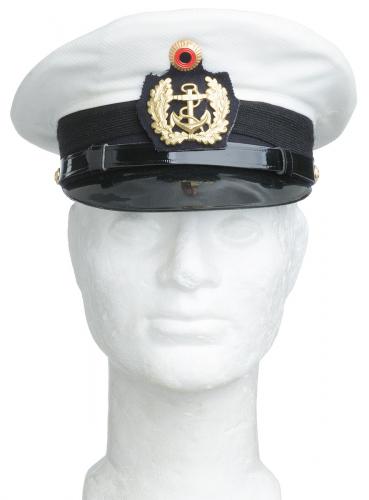 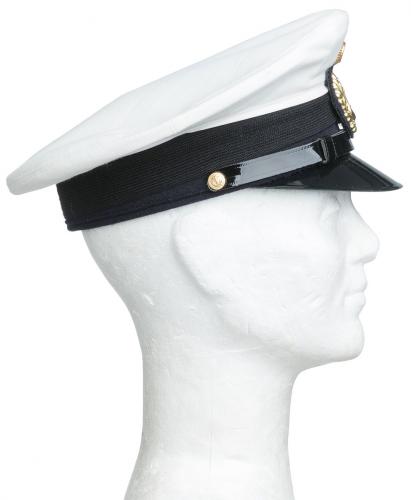 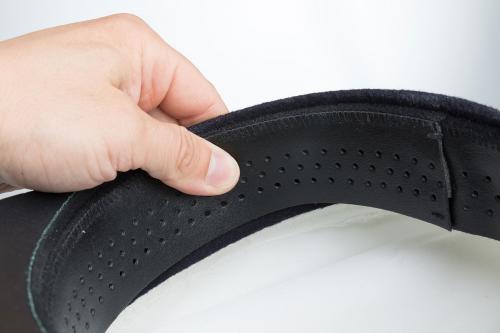 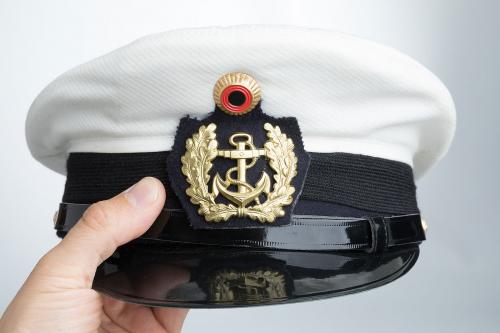 Captain, my captain! These white peaked caps are commonly used by officers and NCOs of the German Navy. However, onboard only the commandant of the ship wears the white cap, others wear Navy Blue side caps as part of their uniform. 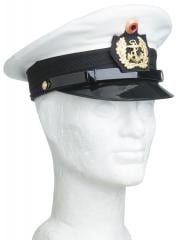 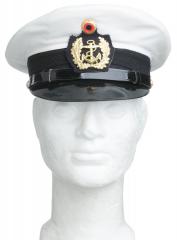 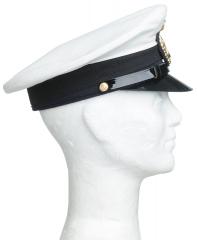 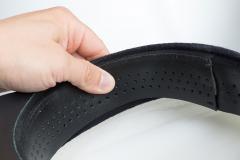 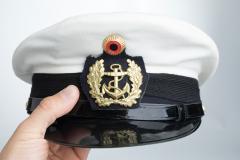 Captain, my captain! These white peaked caps are commonly used by officers and NCOs of the German Navy. However, onboard only the commandant of the ship wears the white cap, others wear Navy Blue side caps as part of their uniform.

Also known as the combination cap or service cap in the US, this kind of headgear has long traditions on the seas, air, and land. The cockade makes it distinctly naval and the lack of golden oak leaves on the peak means these were worn by ranks lower than lieutenant commanders.

Features perforated leather lining with padding for increased comfort, removable cover to allow keeping it bright and white, and an adjustable steel band to retain the sharp form of the cover. The steel band can be removed in case you prefer the look of a crusher cap or must wear a headset.

Manufactured to European sizes, converted to US sizes by us. True to size but very stiff: consider a larger size for relaxed wear. Peaked caps are shallow and sit roughly 38 mm (1.5") above the ears.

These look rather good, some may be unissued entirely. Even if the cap has seen some use, the men and women of the German Navy are disciplined, not some ragged band of stinky fishermen. The peak may have suffered from flattening during storage and transportation.

This is what I call classy headgear. I must confess I misunderstood the "removable cover" bit. I guessed they came with a rubberized or nylon thingie to fit on the hat on rainy days. Instead (thanks Internet) the whole hat comes apart. You can disassemble it, wash the white part - that's how they keep it so pristine, d'oh! - and then assemble it again. Cool as cool it can get. I bought it because I saw some photographs of young bikers in 50s England who, in their bikers' hangouts, wore surplus German Navy peaked caps without their insigna (post-WWII bikers used a lot of surplus items because they were cheap, widely available, sturdy and, in this case, cool). Owning a classic motorcycle, I tought I could do the same but so far I chickened out (and I don't even have to remove any eagle with swastika).
1