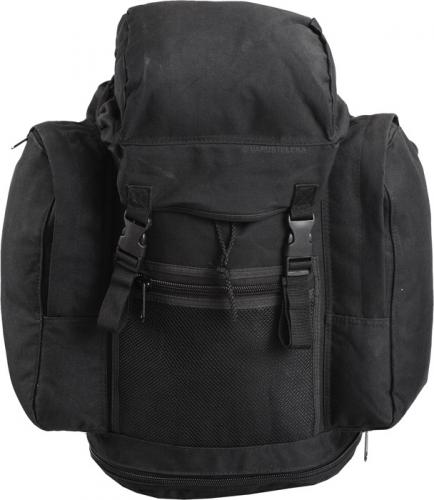 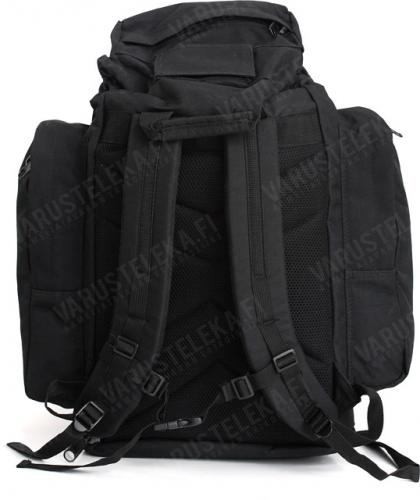 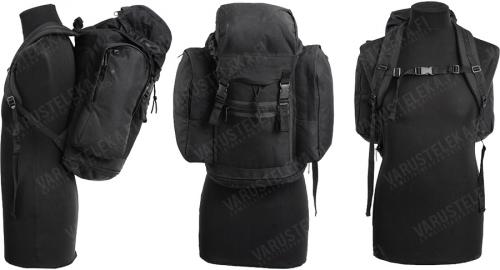 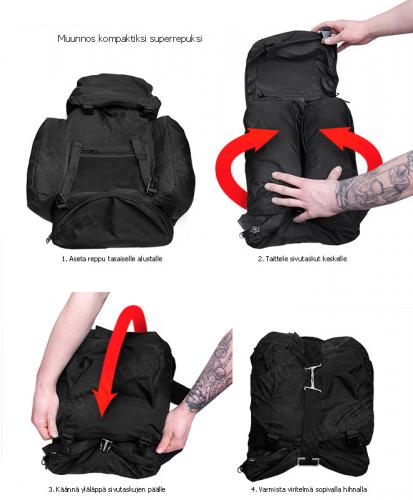 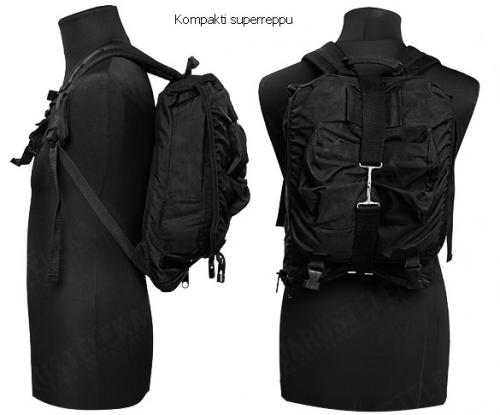 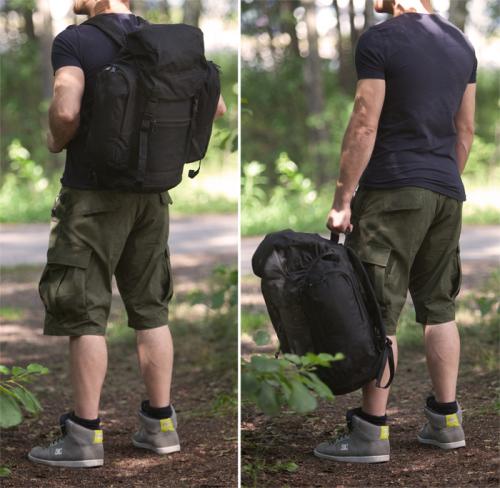 The Brits have managed to outdo themselves with these backpacks. Real military equipment, coloured black!

The Brits have managed to outdo themselves with these backpacks. Real military equipment, coloured black!

Apparently it pays to take some features of civilian gear to military stuff - and this pack is a fine example of this! Ergonomically designed, easy to use and sports a volume of some 30l. Just right for a day pack!

Black is a colour you don't see too often in military surplus categories, but every now and then we get lucky, as the British have a fondness for black stuff, whether it's clothes, combat gear or bags.

The pack is made of tough cordura or whatever, is black as sin, has a large flap, two side pockets and a zippered stash at the bottom. The latter might be "de-activated" (cut open) though, gaining access to the main compartment from below. The main compartment's dimensions are about 27 x 45 x 15 cm. On the outside: a mesh pocket, carrying handle and a place for an ID-tag.

Used, but in perfectly serviceable condition.

Great quality backpack for a few nights out with minimal kit.
Also works well as a motorcycle commuting pack with side and pouch zippers keeping everything secure in it's place.
8