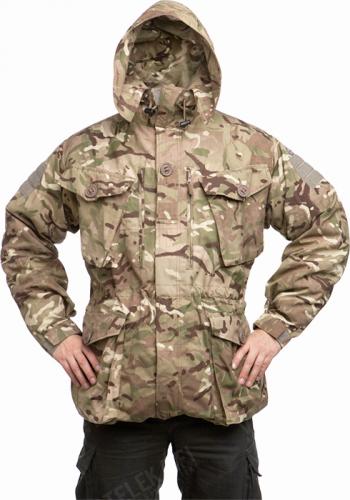 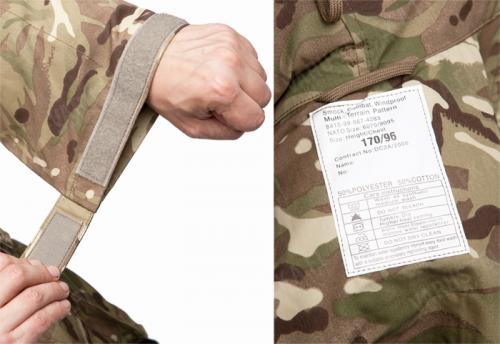 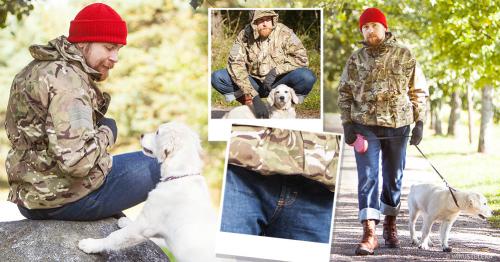 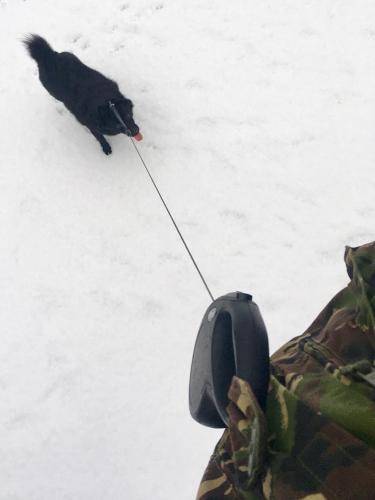 One of the best field jackets ever made, the British Windproof Smock is famous for its versatility and thoroughly great design. A perfect jacket for round-the-year use. These are early Multi-Terrain Pattern smocks, the cut is the old CS95 style, but with the new camo print. 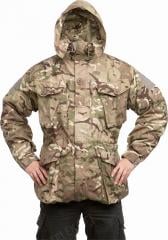 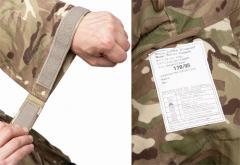 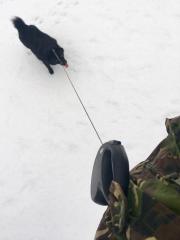 One of the best field jackets ever made, the British Windproof Smock is famous for its versatility and thoroughly great design. A perfect jacket for round-the-year use. These are early Multi-Terrain Pattern smocks, the cut is the old CS95 style, but with the new camo print.

Originally designed in the '70s, this jacket was used in windy and cold conditions as the top layer. This is an unlined, practical field jacket with a spacious cut. Zipper closure, and six pockets: two large pockets in the hem, two on the chest, and two with zipper closure. Some jackets have a small pocket on the sleeve. Drawcords on the hem and waist.

We have listed the user's recommended measurements: first up is user height, then chest circumference. If you fall between sizes, pick the smaller one, as the cut is very generous.

In used but serviceable condition, with the usual signs of wear like faded fabric, maybe a stain somewhere, a missing cord here or there, removed the hood wire, etc. In other words do not expect a pristine smock, because you'll likely get a properly worn one.

Ever since the Second World War, the Brits have issued and used a selection of jackets that have been called smocks, starting with the legendary Denison Smock of the paratroopers. In general, the smocks have been designed with a loose-cut with pockets that allow carrying items without wearing actual load-bearing webbing.

Comfortable, practical, really protective and tough. Great jacket. I bought one for my brother too. You can carry basically everything in it. In the winter can be used as outer layer with a proper fleece/wool under. Not being a rain jacket, it protects you perfectly from light rain. Anyway, I have been walking with it under heavy rain and yes, it gets wet, but don´t ask me how, you won´t.Very happy with it eventhough I´m not a fan of dressing with military colors. Recommended. The hood is a dream in nasty weather. If you don´t want to have any flag you can carefully remove the British one. I did and it´s not a problem. You can also get couple of cord locks to put in the waist adjustment.
4

Quality and functionality. Great fit and excellent design. Love this jacket. The only criticism I have is the mesh lining in the chest pockets gets snagged easily but I do see the point of them too for heat dissipation so I can't even really say it's a criticism.
0

Pristine? Hardly. Varusteleka should check their product description. The smock I received has a name and number written on the tag and has clearly been washed. The hood stiffener has been removed, with a little hole where the previous owner took it out. The reflective squares above the arm loop patches are also worn on both sides. Otherwise, the smock fits well and has a great design. I'm just disappointed that it was not as promised.
4

fast shipping but after that, everything turns out terrible. First sent me the wrong version, and second, it is no where near "pristine" condition, and not 'with plastic wrapping". Returning for refund. OTHER BUYERS BE AWARE.
3

Received the order today. Ordered a CS95 style smock as I didn't want the new one with mesh all over it. Have the old DPM in green and desert colors so I know how they look, their features and materials. Seeing the one I just received, first thought was that someone at Varustelekas warehouse has messed up and sent me the new PCS smock instead of CS95, but in closer inspection its seems that its something in between. From the outside its the same as the PCS, shielded buttons, pockets on both arms, covered Velcro name tags on shoulders, even has a zippered fleece pockets and vents in armpits. But there is no mesh inside, the two zippered pockets on chest are lined with the same material the jacket is made from, just like the CS95. Actually I like it.
Will give it 4 stars as I haven't used it yet, but I guess all smocks are almost the same so you cant go wrong. The condition isn't new, but there is hardly any visible use on it. Overall great condition.