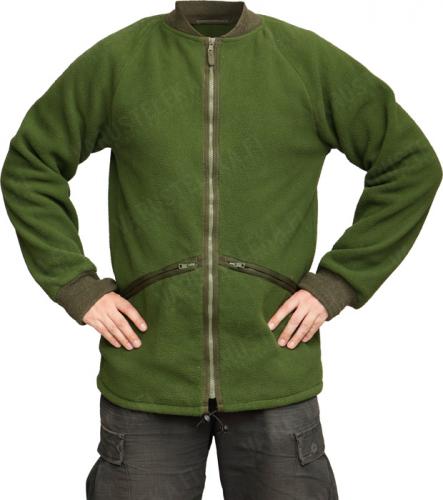 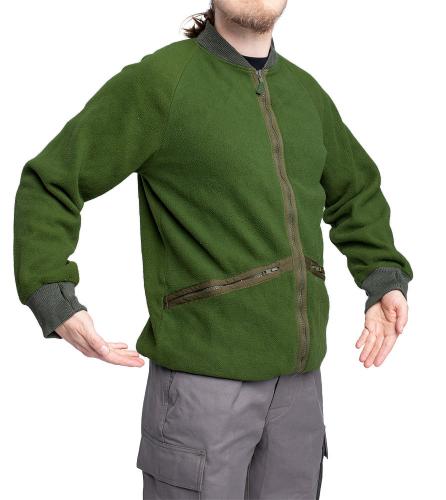 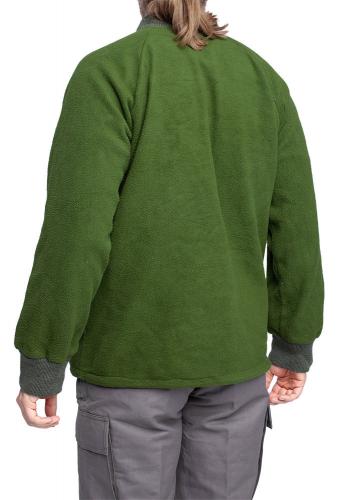 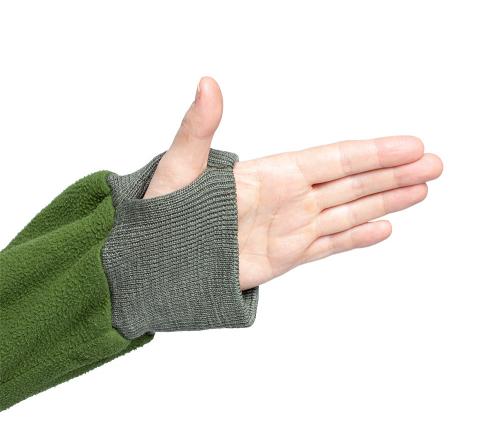 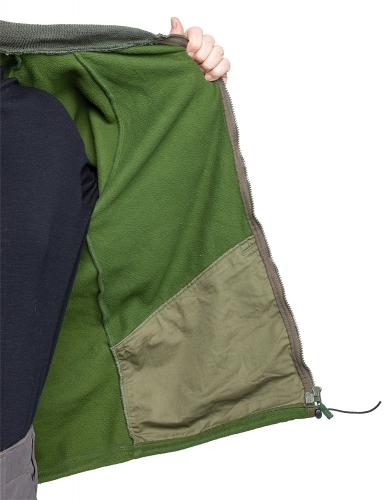 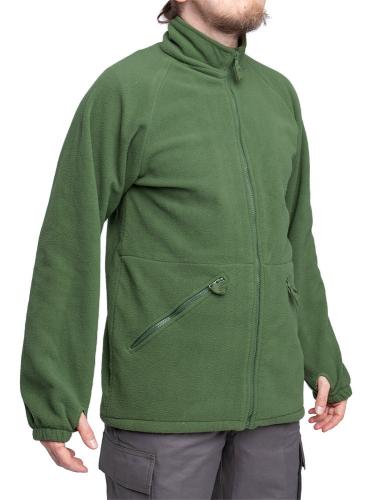 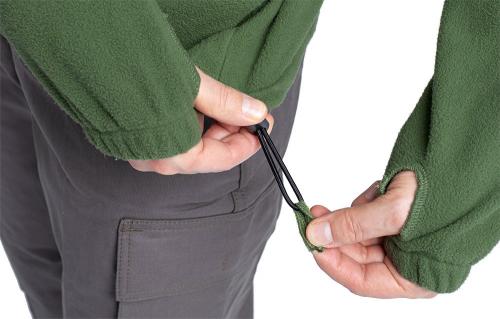 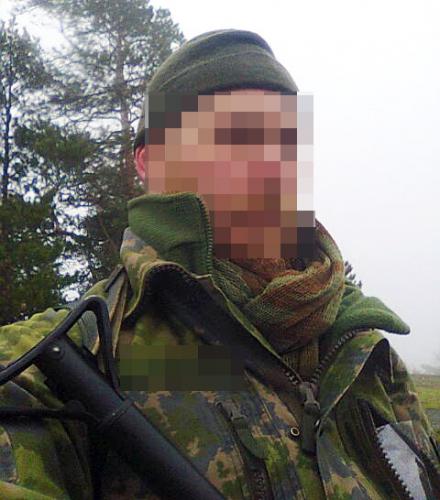 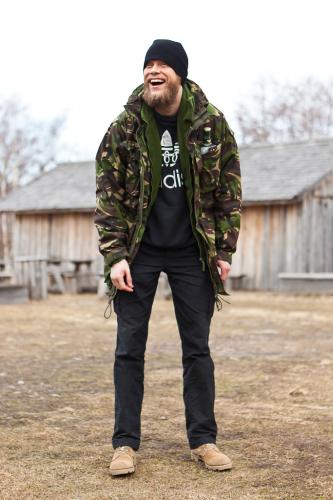 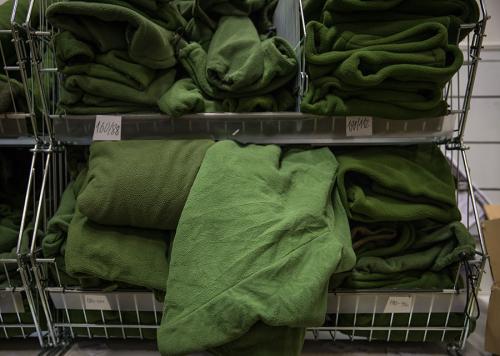 British fleece jacket of the Combat Soldier 95 system. The newer green model. A great liner for a shell jacket but can also be worn on its own. 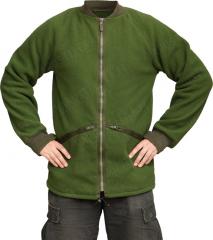 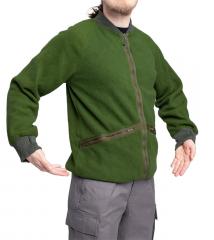 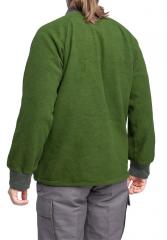 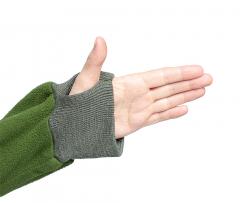 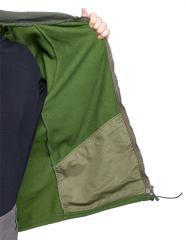 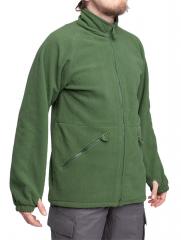 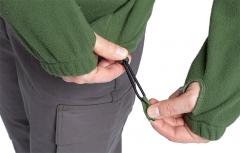 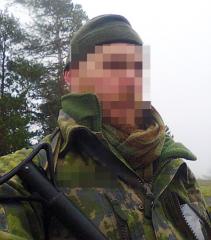 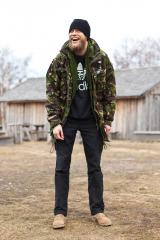 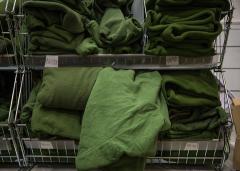 British fleece jacket of the Combat Soldier 95 system. The newer green model. A great liner for a shell jacket but can also be worn on its own.

The Combat Soldier 95 was a complete overhaul of the clothing system and was based on layered clothing. Originally made in DPM, the army soon realized that fleece clothes were not usually worn as the top layer, and thus were soon produced in olive green. Well suited for civilian use, as green is a neutral color and looks good anywhere, anytime.

Fleece has poor IRR characteristics, so it would be a waste of effort to print it with any pattern: you'd be a shiny beacon as soon as someone uses cheater goggles. In some tests, the reflective qualities were found to be the same as viewing a Scottish man's hairy arse with a thermal scope.

Despite the classification as a liner, this feels a lot like a real jacket. Zipper closure on the front, two hem pockets, drawstring in the hem, and thumbholes in the cuffs. If it's not really that cold outside, this is a nice light walking out jacket.

Fleece as a material is perfect for cold and wet places. It is highly breathable, water repellent, quick-drying, and serves as a good replacement for wool. Wash at 40°C (104°F). Air dry only.

Fleece has one weak point: as it's made of synthetic materials, it catches fire rather easily.

Sizes given simply by user's recommended height and chest circumference. These have room to play, look in the brackets for our recommendations.

Used but in good serviceable condition. A few model variations exist, but the function is the same, so we don't differentiate.

For it's price this must be the best fleece jacket i ever brought, the wear on it was minimal. No-nonsense rugged construction. The only reason it did not get 5 stars is that depending on what you are looking for, it might lack some stuff like extra pockets and reinforced shoulders and elbows. I would recommend anyone to buy one.
5

Looks like fleece that was washed too many times. One cuff is also not elastic anymore. Slightly wider than expected compared to other British stuff.
1

For the price, it's an excellent fleece shell.
Arrived in like-new condition, hardly seems used at all. Material feels comparable to a jacket I have from another outdoor supplier, which cost several times more. I received the version without two-tone knit cuffs (the 2nd + 3rd pics) and is far more "civilian" looking, which is great.
0