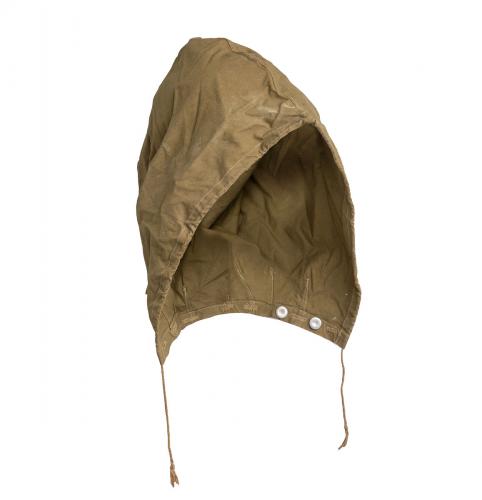 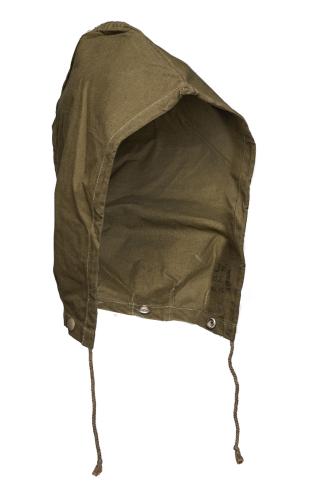 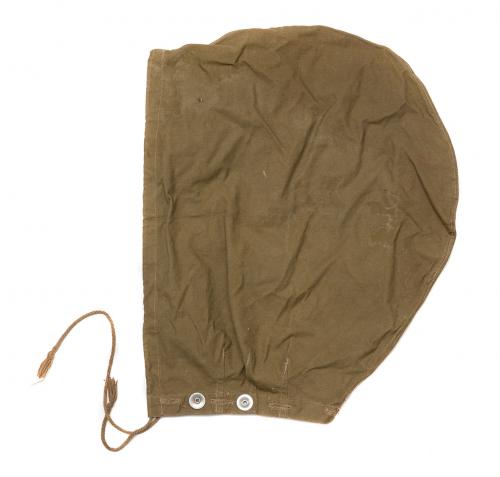 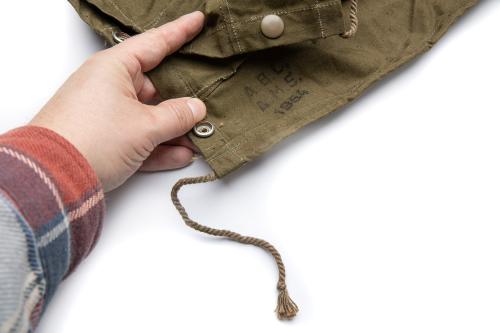 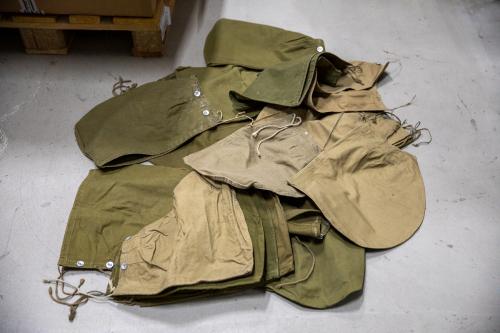 The colors vary quite a bit. These are not separated.
Belgium

This hood turns your Belgian shelter half into a rain poncho. After lots of deliberation and hard work, we were able to find some more of these relics and put them up for sale for your pleasure. We don't know if we can pull it off again, so act fast. 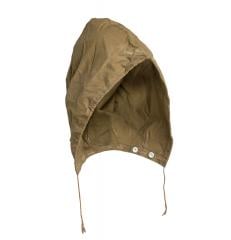 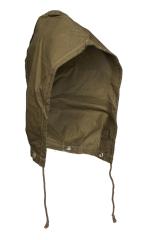 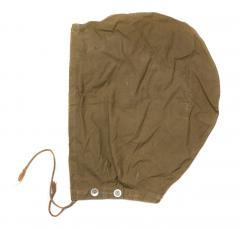 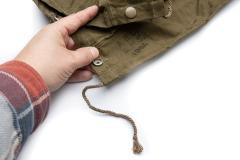 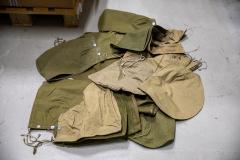 This hood turns your Belgian shelter half into a rain poncho. After lots of deliberation and hard work, we were able to find some more of these relics and put them up for sale for your pleasure. We don't know if we can pull it off again, so act fast.

As with the shelter halves, these are made with buttons or snap fasteners and the variants are not cross-compatible. Choose wisely! The button-up version has an additional benefit of being more flexible in use; take your favourite hoodless jacket, sew on a couple of buttons on the collar and attach the hood. How about that!

To give the other NATO countries the finger, probably, the Belgians made their shelter half rectangular, as did most Eastern Bloc countries during the Cold War.

In order to avoid total communism, they discarded the drawstring system of wearing the sheet as a rain poncho and made an opening for the head roughly in the center - as is common in Western countries - but made it diagonal. Sigh.

To confuse the enemy and friendly forces even more, they made the hood a separate item that doubles as a carrying pouch for the shelter half. It also has a distinct feature of disappearing easily.

Belgian Army surplus. The colors vary and the fabric has a Belgian smell to it. Other than that, the condition shouldn't raise complaints. This is hardly a surprise: it's not like you're supposed to drag a hood over rough grounds no matter how demanding the scenario is.

Bought two of these to go with the two half shelters/ponchos, unlike the poncho's these have been used although with the two I've received only enough to wear that fresh out the stores look off of them and maybe the waterproofing agent (some use in wet weather will confirm that).

As a hood, like all military garment hoods, its fairly roomy, although given as how the button holes are tighter than the tightest of nuns private bits or ducks arseholes I doubt they've been used for anything other than some sort of storage implement, and not particularly secure ones at that, definitely best suited for the purpose of keeping raindrops from falling on your head after potentially reproofing them and tearing your fingers apart fitting them to the ponchos.

I only dropped it half a star as it doesn't seem large enough to fit a shelter half and poles in (unless your a ninja at folding military things to sizes that those who never have to use it think is achievable).
0