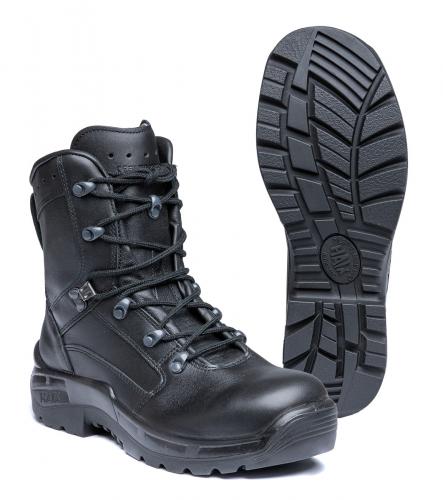 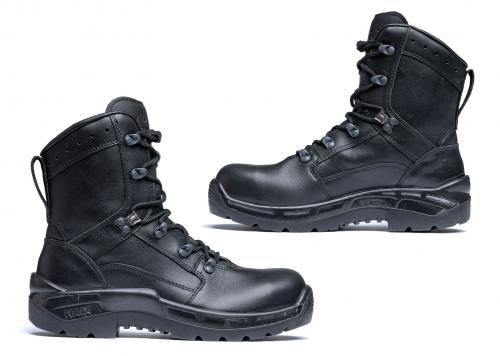 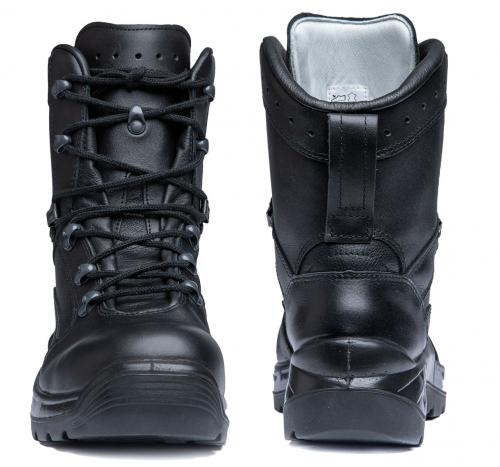 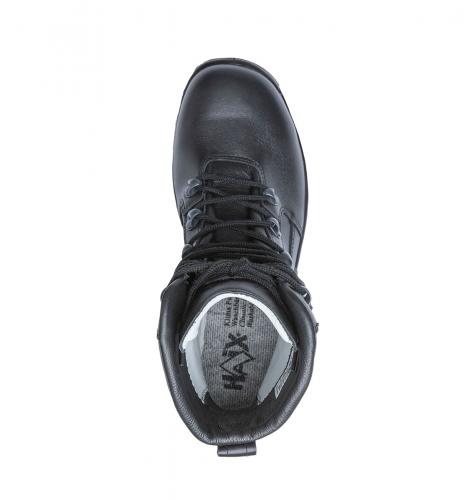 Unissued black leather Haix safety boots without a membrane but with a toe cap - and a whole lot cheaper? Yes indeed! Thanks to the Belgian police, we got really high-quality safety boots at a nice price. Most of these are still in the original box. 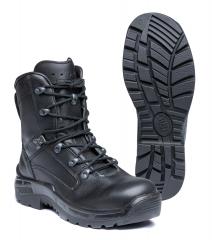 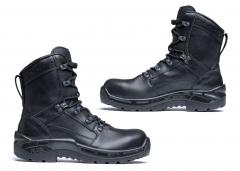 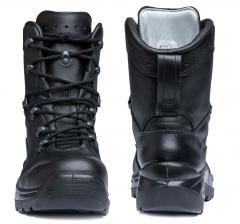 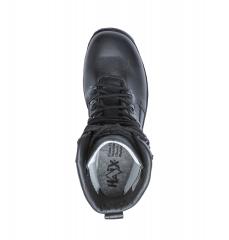 Unissued black leather Haix safety boots without a membrane but with a toe cap - and a whole lot cheaper? Yes indeed! Thanks to the Belgian police, we got really high-quality safety boots at a nice price. Most of these are still in the original box.

Update: Looks like Haix isn't the only manufacturer for these; your boots may also be made by Heckel. They are just as good. You'll likely get Haix boots, but we won't pick.

Oh one more thing, people have been saying these are slippery in freezing temperatures. Get boot spikes if this becomes a problem for you. Usually soles that hold well on ice are made of very soft rubber, making them also more prone to wear.

Haix makes awesome footwear, no need to emphasize that any further. However, we’ve heard many folks say that it would be nice to get these without a waterproof membrane. Well, here you go. Full leather boots do breathe better, and here breathability has been improved with ventilation holes at the top edge that allow fresh air to circulate inside the boot. The leather lining is both durable and comfortable.

These were designed as EN ISO 20345/2011-certified safety boots. The certification includes e.g the rigid toe cap, puncture resistance, oil and gasoline resistant outer sole, etc. You can find the full specs of this standard online. We didn’t include them here because we cannot give any guarantees on them since this is surplus gear. However, being unused it is unlikely that the properties have suffered much.

These black boots come with quick-lacing to make tying/untying the shoelaces faster. Inside there are quick-drying insoles that can be washed when necessary. The relatively stiff Vibram sole doesn’t have a super deep tread pattern but it isn’t a slippery flat thingy either. Most of the boots come in their original box but some are delivered in a plastic bag.

The sizes are European but we have also included the corresponding UK/US sizes. The width of the boot is M in the Haix standard, which is pretty average all in all.

Unused Belgian police surplus. The Belgian police forces use or at least used to use this custom Haix boot. For some mystical reason, these have been released on the market before anybody wore them. So you get new stuff for the price of used stuff, which is quite neat. In 2021, we’ll get c. 560 pairs of these and they most likely disappear quite fast.

Great boot. Especially in this condition for the money. Sturdy boots that fit true to size. Toebox is quite wide which fits my particular feet well. Only downside worth mentioning is they're quite heavy at about 930 grams per boot. But as far as I can gather other boots with comparable protection are not that much lighter.
4

No membrane means I don't have to buy new leather care gear.
Fits well and quickly became my daily driver at work.
Ii used to be the Swiss M90 combat boot.
0