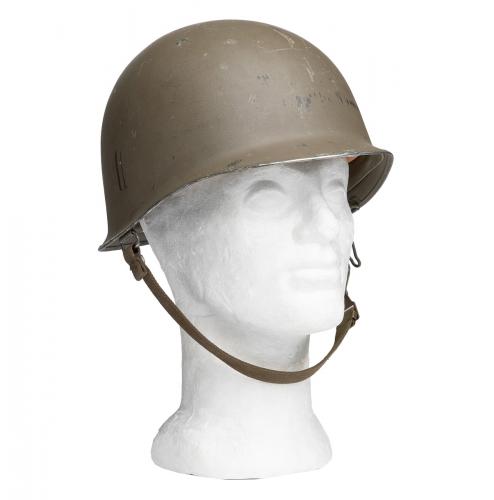 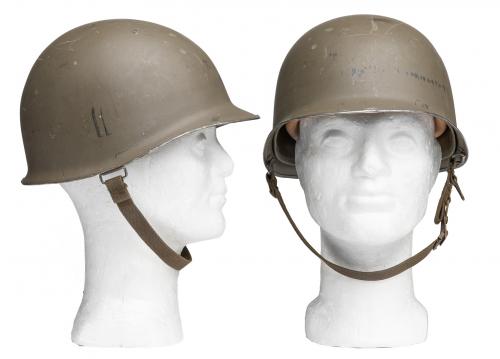 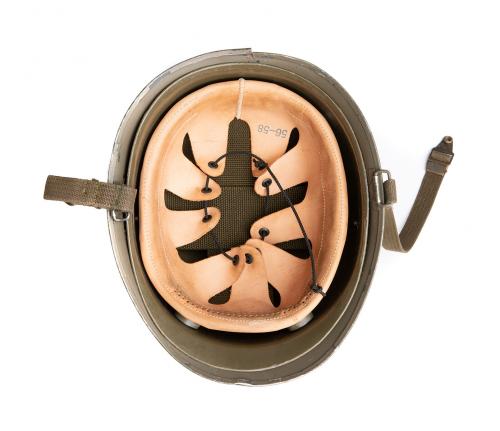 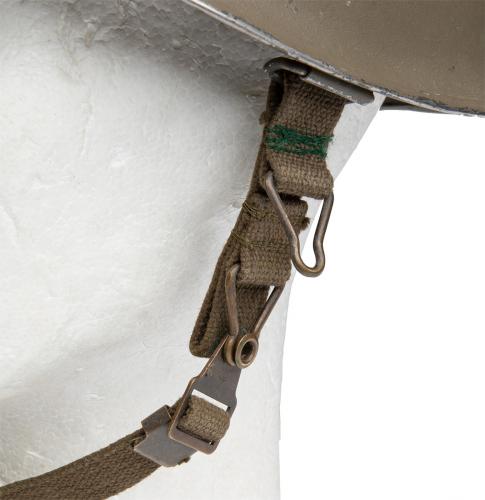 The legendary American M1 steel helmet became an iconic piece of NATO headwear fashion, and many Western countries made their own versions of it. This Austrian helmet is similar in shape to the US one but has a few differences, most notably inside. In any case, is close enough to be used e.g. in airsoft if you cannot get the original. 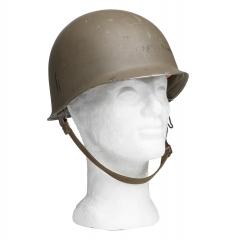 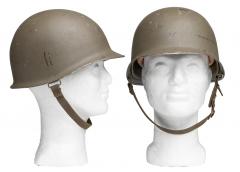 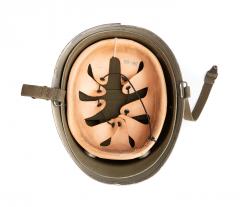 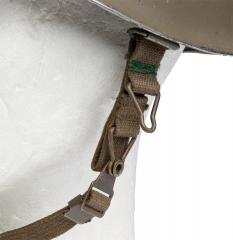 The legendary American M1 steel helmet became an iconic piece of NATO headwear fashion, and many Western countries made their own versions of it. This Austrian helmet is similar in shape to the US one but has a few differences, most notably inside. In any case, is close enough to be used e.g. in airsoft if you cannot get the original.

The M1 steel pot saw action in every conflict from WW2 to the 80s and was issued to some troops even in the first Gulf War in the 90s, although by that time the new PASGT system was the norm. Of course, as they tend to, the National Guard probably used these longer. When WWII was over and the NATO was formed, most member countries adopted the M1 helmet and made their own variations of it.

This piece of headgear consists of the steel helmet and the plastic liner that go on top of each other. The suspension system is attached to the liner. It was common to attach a camo net or a cloth cover on top of the helmet. The edges were shoved in between the helmet and the liner. These don’t have such a contraption but you can easily make one if you want. The weight in total is c. 1.6 kg (3.5 lbs).

The Austrian Bundesheer didn’t go with the US “one-size-fits-all” system but made their own leather suspension with three simple sizes 54-55, 56-58, and 59-61. Like in European hat sizes, the bigger the number, the bigger the size.

Used Austrian military surplus but in quite a nice condition. No bullet holes nor flattened by a tank. However, we still sell these only for collecting, not for protection. So, don’t use these in snowmobile racing, kamikaze boating, or any kind of motorcycle mayhem. That will end in blood, tears, and brain death. The color and design of the suspension and the chin strap can vary.

I received my helmet this morning! The helmet was in pretty good condition, a small (really, it was small) dent was on the top of the helmet and the paint was not even; nothing a little TLC can't fix. The liner was in pretty good condition for being made in 1953 and it fit perfectly. I highly recommend this product; aside from the liner it is almost indistinguishable from a U.S. production helmet.
1

Mine just arrived today! A bit dinged up, but in good condition overall. Black material that is around the brim is coming off, but not a big deal. Overall, something I am glad to have in my cool stuff/end of the world collection.
1