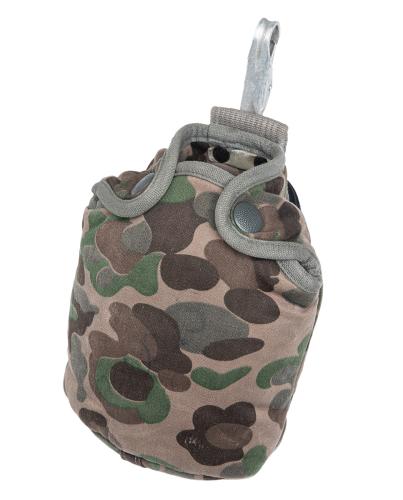 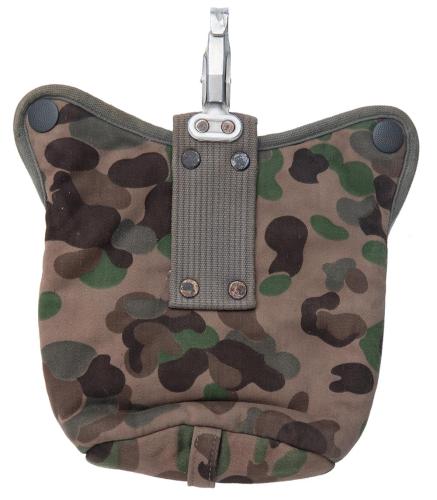 The pouch can be mounted directly to the belt or hung by the hook. 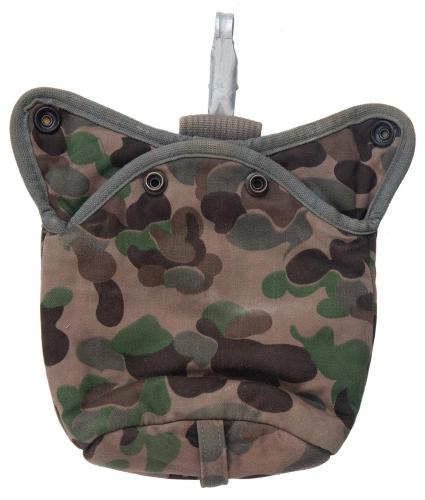 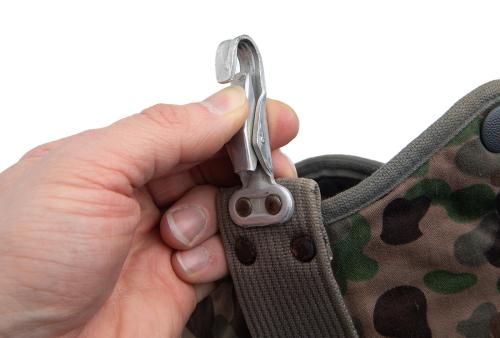 Aluminum hook in the back. 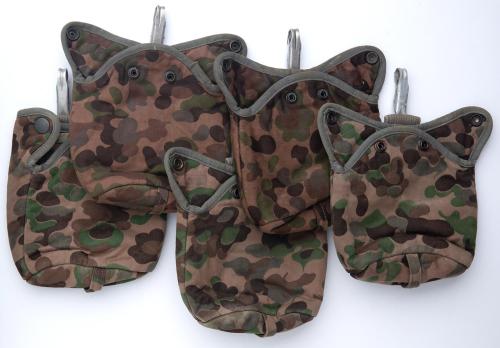 An early example of combat gear with a camo pattern. Old, substantial, and heavy. Fits most modern canteens, too. 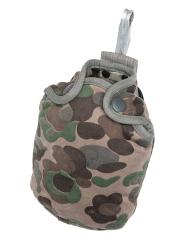 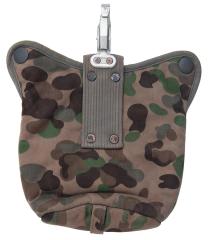 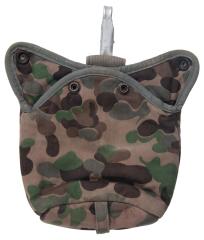 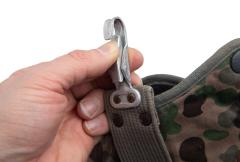 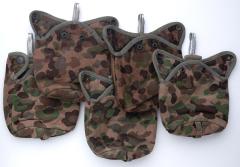 An early example of combat gear with a camo pattern. Old, substantial, and heavy. Fits most modern canteens, too.

With the K4 pattern designed and adopted in the 1950s, the Austrians were daring enough to equip their Bundesheer with something else than a neutral green, to which they switched later as the Cold War progressed. In Europe, camo patterns reminded of the then-recent war too much and were avoided by many armed forces.

The pouch has a double construction with insulation in between. Durability was a high priority and it shows in the weight even with the weight saved by the aluminum hook. The canteen pouch is likely intended to be soaked with water in the summer to keep the contents cool.

In used condition, but serviceable. There's a lot of variance with some being repaired and others seemingly unissued. They all work the same.